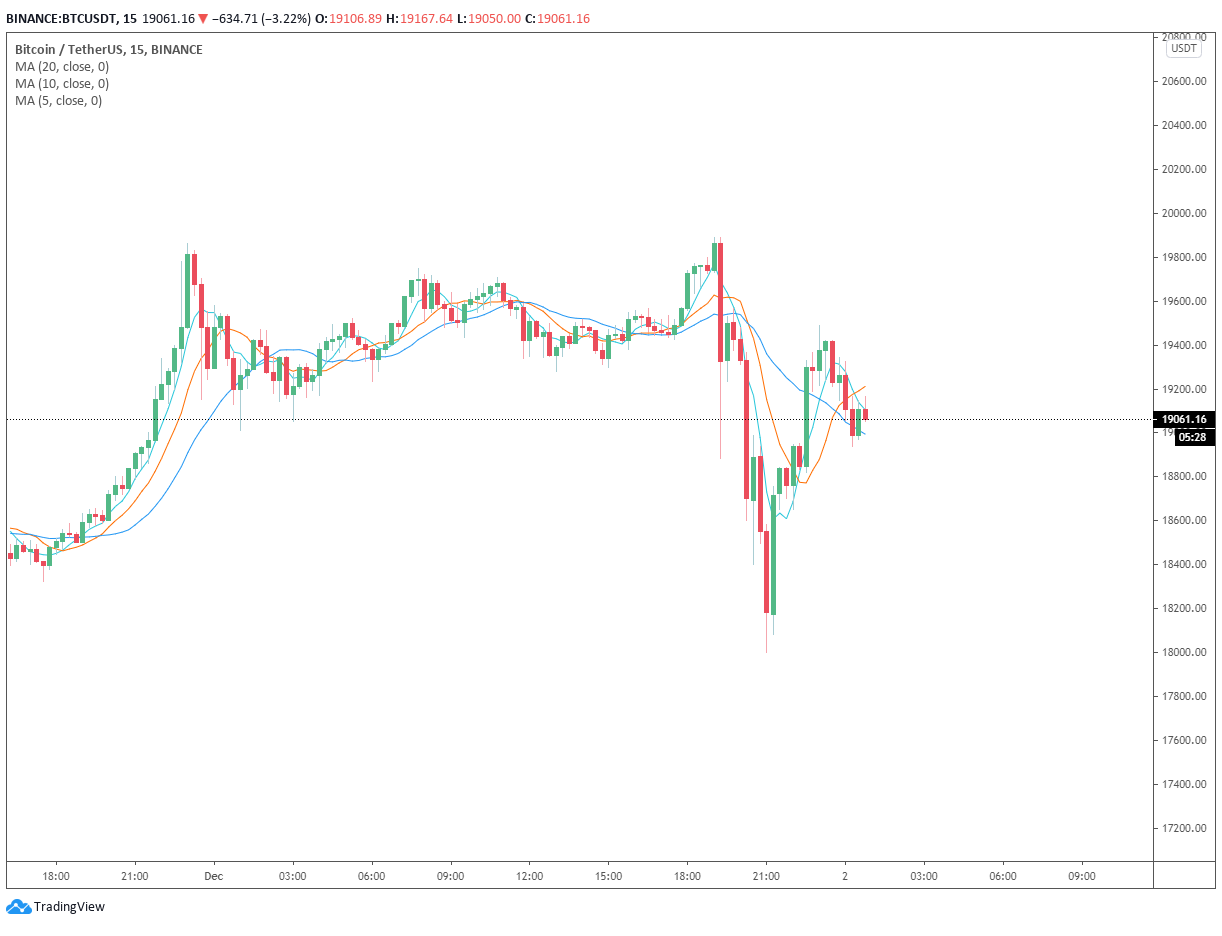 Bitcoin (BTC) finally managed to secure a new all-time high, but the digital asset rejected strongly near $20,000. On-chain analysts say a sell-off from whales and miners, combined with the $20,000 level acting as a resistance level caused a fierce drop.

What led whales and miners to sell Bitcoin?

For whales and high-net-worth investors, liquidity is the most important factor. Because they deal with large orders, they need to calculate the slippage their sell orders will cause.

Typically, the best period for whales to sell is when there is peak euphoria in the market met with large buyer demand. This allows whales to more efficiently sell their holdings without causing massive volatility.

When the price of Bitcoin officially surpassed its all-time high on Coinbase, it caused the market sentiment to become highly bullish. Shortly thereafter, whales started to sell, causing large liquidations across major exchanges.

CryptoQuant CEO Ki Young Ju explained that whale withdrawals were slowing down on Nov. 30. He said:

“I called short-term bearish based on miner-selling, whale activeness on exchanges, and no whale withdrawals. But I knew enough exchange stablecoin reserves would break $20k by this year. If ATH rejection happens, it could be a huge pullback as whales would sell BTC heavily.”

The confluence of whales keeping BTC on exchanges, which means higher selling pressure, and the sell-off from miners amplified BTC’s downturn.

Ki also noted that whales began to deposit Bitcoin into exchanges once again, which happens when whales want to sell their holdings.

Is the current recovery just a dead cat bounce?

The price of BTC recovered swiftly after dropping to around $18,200, surging back above $19,400 within hours.

The speedy recovery likely occurred due to the nature of the drop. As the price declined, exchanges saw cascading long liquidations. As such, BTC likely dropped harder than it should have if it weren’t for the large liquidations.

The recovery was equally intense to the upside for that reason. Late short-sellers could have gotten aggressive as BTC dropped, leading to a short-term short squeeze.

In the near term, Bitcoin could see two major scenarios. First, it could consolidate above $19,000, which would allow the derivatives market to find composure and the open interest to rebuild.

Second, BTC could continue to drop as traders anticipate a blow-off top after achieving an all-time high.

But the macro outlook on Bitcoin still remains highly optimistic. Scott Melker, a cryptocurrency trader, emphasized that the monthly candle for November closed at BTC’s all-time high, which paints a positive long-term picture for BTC. He said: