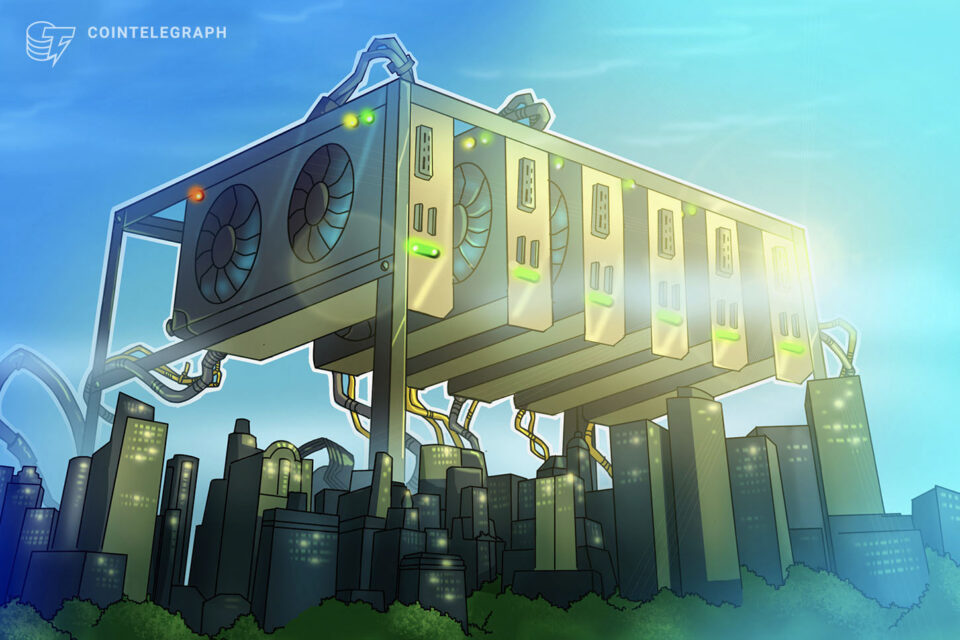 Since the creation of the first cryptocurrency over a decade ago, many have often been skeptical of their legitimacy, with some even dismissing them as a fraud. But in 2020, this paradigm seemed to have shifted. What has emerged is a shared recognition that Bitcoin (BTC) and other digital assets are here to stay and that they will play a key role in the future of global finance.

This is not some far-fetched vision reserved to crypto-anarchists — financial actors that were traditionally wary of cryptocurrencies are now expressing confidence in their disruptive potential. JPMorgan and Goldman Sachs, for instance, have recently reversed their initial opposition to cryptocurrencies, becoming some of the latest to offer new banking services and offerings for the digital assets market.

As optimism and appreciation for the long term potential of cryptocurrencies continue to grow, so will the opportunities for revenue expansion among players within the ecosystem. Bitcoin miners, for instance, saw their topline figures surge by close to 50% on a month-on-month basis in November, as Bitcoin prices rallied more than 60% to above $18,000 over the same time period. Yet, in a highly competitive environment, success has largely been confined to a few industry leaders while remaining elusive to many.

For miners, gaining access to highly advanced mining equipment — one that boasts the highest level of power and cost efficiencies, and the fastest processing speeds — remains the single most critical factor to securing a competitive edge.

Related: Cryptocurrency mining profitability in 2020: Is it possible?

The crypto mining industry has undergone a succession of substantial transformations to arrive at today’s advanced technical state. In its early days, mining was done using simple computers without any complex or high-powered devices. General-purpose central processing units, or CPUs, were all it took to produce Bitcoin. This led to a rapid expansion of the Bitcoin network, as the allure of easy money prompted an influx of new entrants — so much so that these first-generation miners were unable to keep pace with demand, rendering them obsolete in just a year’s time.

Graphics processing units were introduced next and made mining Bitcoin more efficient and profitable. Combining several GPUs became a common sight, as miners sought to further increase their mining performance and capabilities while maximizing gains. Despite these advancements, second-generation miners did not stand the test of time due to their high energy consumption and lack of long-term efficacy.

In 2011, field-programmed gate arrays, or FPGAs, emerged as the next logical step of progression. They were fast, highly energy-efficient, offered better performance and easier cooling than their predecessors. Nonetheless, FPGA miners were short-lived and eventually replaced by ASICs, which, until today, remain the dominant technology for the Bitcoin mining industry. Designed, built and optimized for the sole purpose of mining, ASICs are recognized for their superior harmonization of power consumption, performance and cost — around a million times more energy efficient and 50 million times faster in mining Bitcoin than the CPUs used in 2009.

Indeed, crypto mining has come a long way. Aside from performance-related developments, there have also been notable improvements to the environmental aspect of the technology, such as higher energy efficiency and faster hash rates. With a growing emphasis on sustainability, this is a trend likely to continue as chip design providers look to develop innovative solutions to cater to this evolving demand.

Reengineering of the current mining hardware. Already, there are several concepts out in the market that are being researched and rigorously put to test — one of them being the use of photonic chips to perform computing. In theory, the technology appears promising, with two to three orders of magnitude better energy efficiency over current electronic processors. Yet, in reality, it remains inconclusive as to whether the power savings are realizable, particularly as Bitcoin scales. Until then, ASICs and their ongoing enhancements will continue to dominate the crypto mining space and lead the charge on energy efficiency in crypto mining.

Reprogramming of the current mining chips. Against common belief, the crypto mining industry is a relatively green one. As of December 2019, Bitcoin was powered by over 70% of renewable electricity. While the benefits of using renewables are undisputed, the truth is that renewables are an intermittent source of energy and are not always reliable for Bitcoin miners, who have a constant energy requirement. Fossil fuel-based power, on the contrary, serves generally as a more steady source of energy. To strike a balance between the sustainability of the industry and sustainability more broadly, a hybrid model can be adopted, whereby renewables are used predominantly as an energy source, with fossil fuel-based power setting in during production shortages. This entails redesigning and reprogramming current mining chips to enable greater ease of toggling between the two variants of energy sources, with no disruption to the mining processes.

As cryptocurrencies continue to rise in prominence, so will the influx of competition from new providers wanting a slice of the pie. Healthy competition can be positive in that it can lead to more innovation that brings greater efficiencies and maturity to the industry. To fully capitalize on the growth of the nascent cryptocurrency market, however, incumbent chip designers will need to invest further into research and development, particularly in areas of energy optimization and power performance.

The views, thoughts and opinions expressed here are the author’s alone and do not necessarily reflect or represent the views and opinions of Cointelegraph.

Nangeng Zhang, also known as NG, is the founder, chairman and CEO of Canaan Inc., a leading provider of supercomputing solutions. While specializing in the field of supercomputing, NG explored the potential of application-specific integrated circuit design, consequently launching the world’s first digital cryptocurrency miner based on ASIC chips and catalyzing the era of ASIC mining.