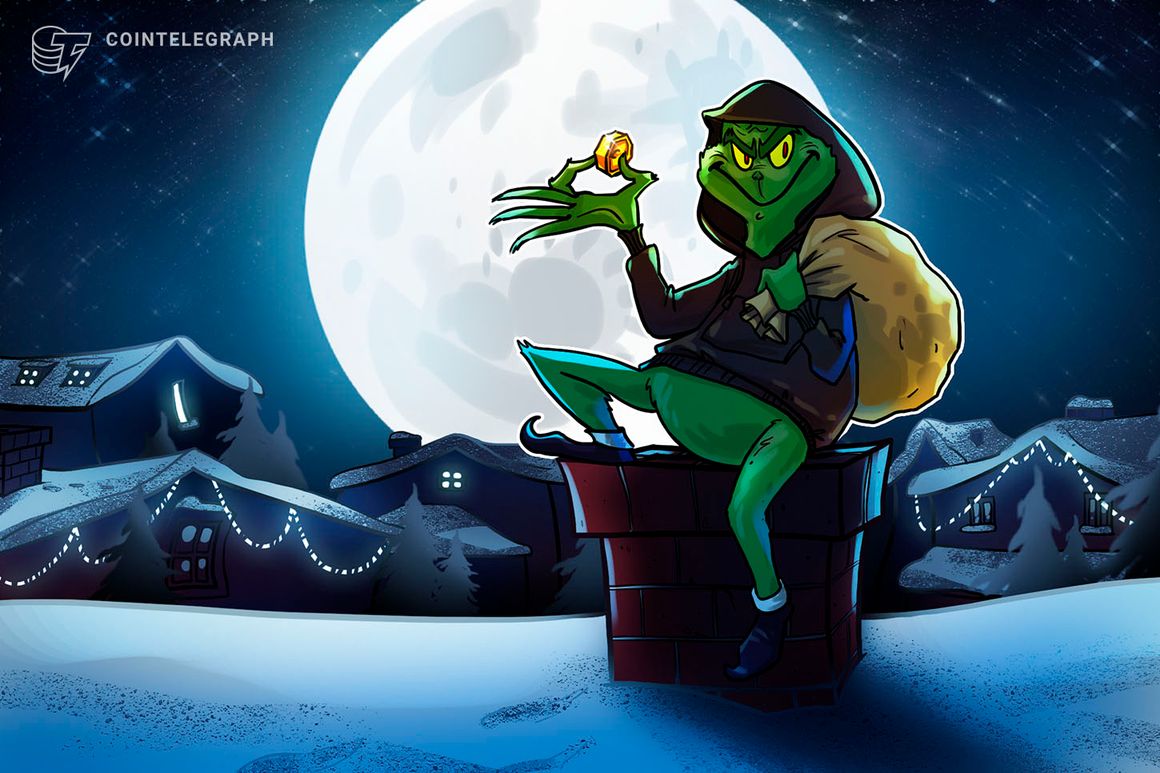 According to blockchain analysis company Chainalysis, funds stolen from the FTX crypto exchange are now being converted from Ether (ETH) into Bitcoin (BTC). On Nov. 20, Chainalysis took to Twitter to encourage exchanges to freeze these coins should the thief attempt to convert them into fiat or further obfuscate the assets through other means.

Amid the controversial collapse and bankruptcy of FTX, news broke that an unknown actor had stolen 228,523 ETH from the exchange. The ownership of these coins, worth a whopping $268,057,479 United States dollars at the time of writing, currently ranks the thief as one of the largest owners of ETH in the world.

He’s selling ETH to wBTC to renBTC through aggregators like 1inch https://t.co/mEd8UHFCO0

Though initial reports suggested that all of the funds in question might be in the custody of securities regulators in the Bahamas, Chainalysis poured cold water on this theory, however, stating:

“Reports that the funds stolen from FTX were actually sent to the Securities Commission of The Bahamas are incorrect. Some funds were stolen, and other funds were sent to the regulators.”

At the time of writing, approximately 31,000 ETH had been converted into Wrapped Bitcoin (wBTC). The thief then sent the coins cross-chain to a Bitcoin mainnet wallet using the Ren Protocol, with the final amount received totaling 2444.55 BTC.

It’s been a tough few weeks for those affected by the collapse of FTX and its associated companies. Earlier today, a press release indicated that FTX debtors are in talks with financial service firm Perella Weinberg Partners regarding various reorganization attempts. The engagement is subject to the bankruptcy court’s approval, however.

Meanwhile, the company’s founder Sam Bankman-Fried allegedly remains “under supervision” in the Bahamas, though some fear he may attempt to flee to Dubai if given the opportunity. It is unclear how this situation would play out ultimately, given that the UAE and the USA have an agreement on evidence sharing, judicial cooperation and assistance in criminal investigations and prosecutions.

OpenSea monthly volumes top $5B as NFTs continue to mainstream