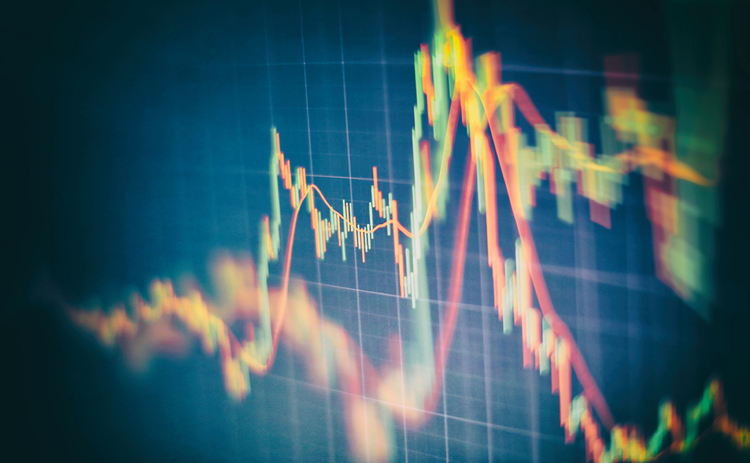 Every time volatility returns, market participants observe an increase in their variable trading costs, such as slippage and spreads. The difference between the new and the old execution costs is then blamed on the execution agents, who in turn blame the lack of liquidity. The cycle repeats itself.

In many ways, variable execution costs – the ability to transact in size, quickly and with low market impact – and liquidity are related. And unlike investment performance, changes in execution costs are reasonably easy to explain.

A large number of factors can affect liquidity. Assets with similar volatility, for example, can have very different liquidity characteristics. However, changes in liquidity are by and large driven by volatility apart from the case of a complete market breakdown, when the causality is reversed. For our analysis, we only consider the case of a normally functioning market.

An important question before we delve into the study of execution costs in volatile times is, should we care? One school of thought is that during big selloffs, market moves are so dominant that decisions have to be made quickly and implemented with very little regard for costs.

Our analysis of recent Covid-19-related price action in EUR/USD suggests this is not the case.

Figure 1 shows the pair’s signal-to-noise ratio, defined as a measure of direction over one of variability, which dropped during the market sell-off in March.

While the price move in EUR/USD might have been big, it was not the main driver of volatility, even when compared with more quiet times. The noise around the move suggests execution quality remained relevant even during these volatile times.

Estimating the potential slippage cost that comes with any trade is paramount. Let’s assume we want to execute at a particular point in time, ‘t’, but our order is delayed and gets executed at ‘t + X milliseconds’ instead. The difference between the mid-price at ‘t’ and ‘t + Xms’ is defined as slippage.

The term is used in a broad sense here: it can be the cost of rejection in a ‘last look’ type execution, or it can be a missed bid/offer price in an aggressive market order against a central limit order book.

Regardless of its origin, it’s helpful for market participants to know what the slippage would be in normal circumstances, for example if we execute a trade without any market impact. The following framework offers a way to address this issue.

Figure 2a shows two mid-price curves, one for the actual time and one for the time shifted by Xms. The gap between those two curves is the potential slippage.

In a fast-moving market, the difference between the two price curves widens and the slippage becomes considerable. When the market does not move, there is not potential slippage – theoretically, at least.

Note that we do not specify the trade side (buy or sell) for the slippage. This approach simply allows us to rank the slippage experience in a zero price-impact theoretical case. In the example above, a trade executed right after 8:01am will have a larger slippage than one executed at 8.02am.

Weighting the slippage by execution time allows market participants to identify specific time periods with either high or low potential slippage and determine its distribution. This is illustrated in figure 2b, where the cut-off line at $50/m represents a typical ‘last-look’ arrangement.

A simple calibration against this distribution would give us the expected frequency of rejects. This is of course optimistic, as it is calculated in the absence of a user’s trading flow, which can potentially contribute to the move. However, it is a reasonable starting point when looking at a small size and a random execution pattern.

The derived distribution shown in figure 2b can be thought as a fair slippage for each day. One way to think about this estimate is to do so in a statistical sense. Picture the tossing of a coin; if we get tails 10 times in a row, we should not marvel at the odds but question the coin. The same is true with this base case for slippage or rejection costs.

Now that we have a framework in place, we can track our slippage stats over time and see how they behave in normal and volatile market conditions, for example, January-February versus March-April. The results are shown in figures 3a and 3b.

The first aspect that stands out is a sharp increase in realised volatility, which jumped from below 5% to about 20%. Expected slippage and probability of rejections also increased sharply in March. While these moves might not be surprising, it is worth noting their relative magnitude.

The potential slippage and the volatility increase are very similar, ranging between four and five times. This means that if the real slippage increased by less than a factor of 5 during the March sell-off in EUR/USD, we would have obtained a decent result.

The probability of rejection – calculated here as the probability of a price move of more than $50/m over 250ms latency – rose by a factor of 30, from around 0.2% to 5%. Again, while not surprising, the magnitude of the increase is worth noting, as $50/m in a small time window is a fairly big number and it is designed to protect against exceptional circumstances. In volatile times those exceptional circumstances happen much more frequently.

These examples lead to a straightforward conclusion: the choice of metric determines the expected range. If the rejection frequency is the metric of choice to value a liquidity provider (LP), it is possible it jumped considerably more than the volatility increase. However, this does not necessarily mean an LP did a bad job.

The above framework helps in projecting how execution patterns should adapt with changes in volatility and other market regimes. And because it is based purely on market data, a number of variables of interest can easily be calculated, such as the expected slippage conditional on rejections.

The key assumption is of course that market orders are uniformly distributed across the day. But the same argument can be made for different trading hours within a day. If, for example, execution only happens during London hours, only the price action during those hours should be used to calculate the potential slippage estimation.

Execution around the 4pm fix

The potential for slippage is higher when markets move in the same direction as the execution. Needless to say, being able to correctly forecast the market direction would be the obvious way to improve execution quality. Analysing market dynamics around important events could be an important first step in this direction. As a rule of thumb, the more generic an event is, the better it is for statistical inference. For instance, an analysis of GBP/USD around the Brexit referendum cannot be generalised easily.

The 4pm fix is probably the most generic event we can think of. Figure 4 shows EUR/USD for the first four months of 2020 as if it was one day, with returns in each time bucket summed up across days.

Turkey bans dealers from trading with BNP, Citi and UBS