The Australian Dollar had a look lower after the unemployment rate came in at 3.5% for December against 3.4% previously and forecast.

There were -14.6k fewer jobs which were below the 25k forecast to be added and 58k prior.

Although a small miss, the unemployment rate continues to linger near multi-generational lows. Today’s numbers show that the labour market remains robust despite the Reserve Bank of Australia lifting the cash rate 3% from the pandemic emergency low.

The bank has stepped back large rate hikes and the futures market has a 50-50 chance of a 25 basis-point hike priced in for their February 7th monetary policy meeting.

Ahead of that meeting, the crucial fourth quarter CPI print will be released on Wednesday next week the 25th of January. The RBA has said that they expect it to rise to 8% later this year and if the price pressures move toward there sooner than they anticipate.

This would present a conundrum for the RBA and the projected rate path. Across the Pacific, the Federal Reserve continues to make it clear that it is going to continue tightening.

This became apparent overnight when US retail sales and PPI data were weaker than anticipated. The US Dollar initially softened and sent AUD/USD to a six-month peak at 0.7063.

Then several Fed speakers reiterated their hawkish stance and the ‘big dollar’ rallied across the board and the Aussie Dollar collapsed in the process. They mostly cited a 25 bp rise in rates as being appropriate rather than larger ones.

The Fed also has its Federal Open Market Committee (FOMC) meeting to decide on monetary policy and the market is expecting a 25 bp hike there on the 1st of February. The post-meeting commentary will be closely scrutinised for hints on rates going forward.

The next few weeks might be vital for AUD/USD and could see some clues for direction into 2023. 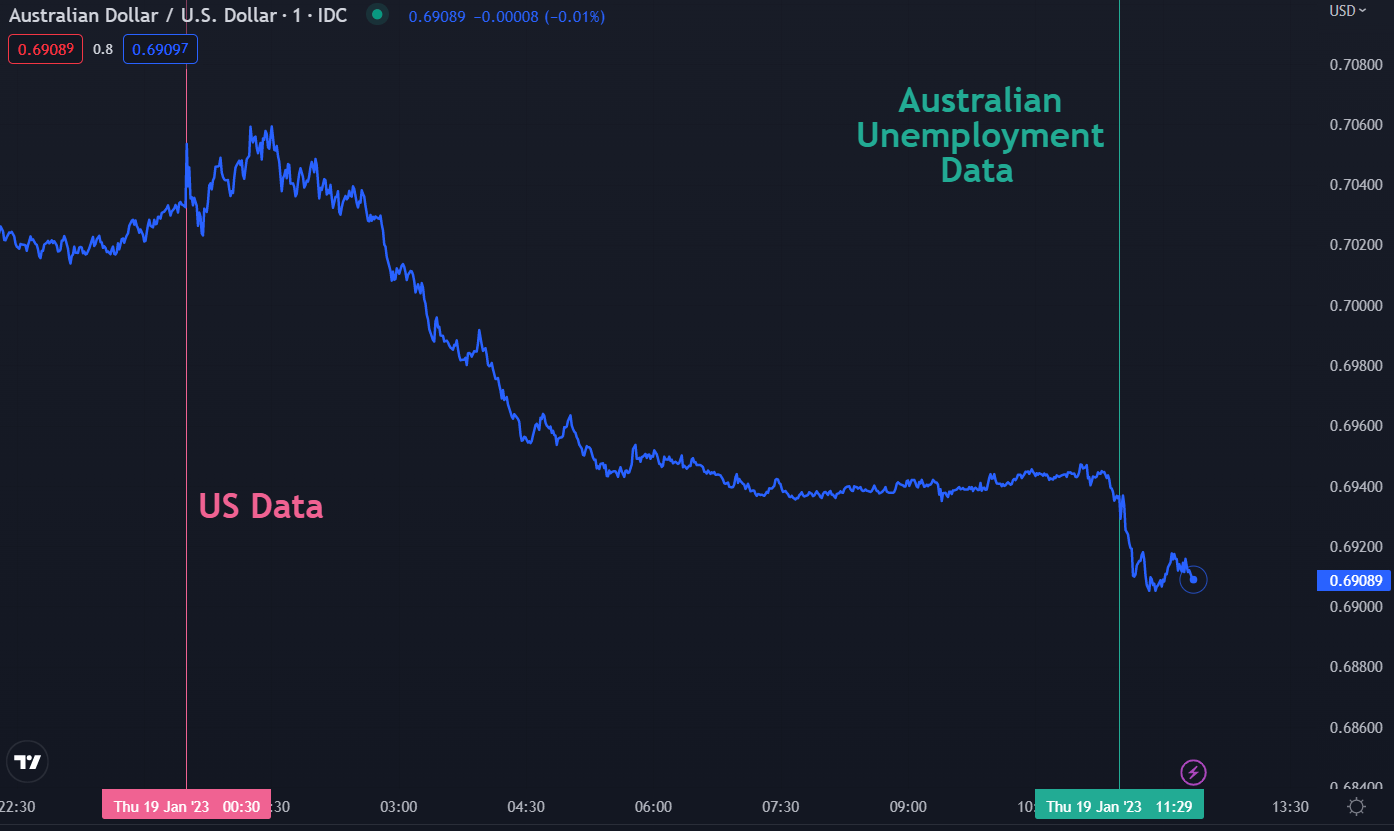 Japanese Yen Gains After Strong Demand at 2-Year Treasury Auction, Where to?