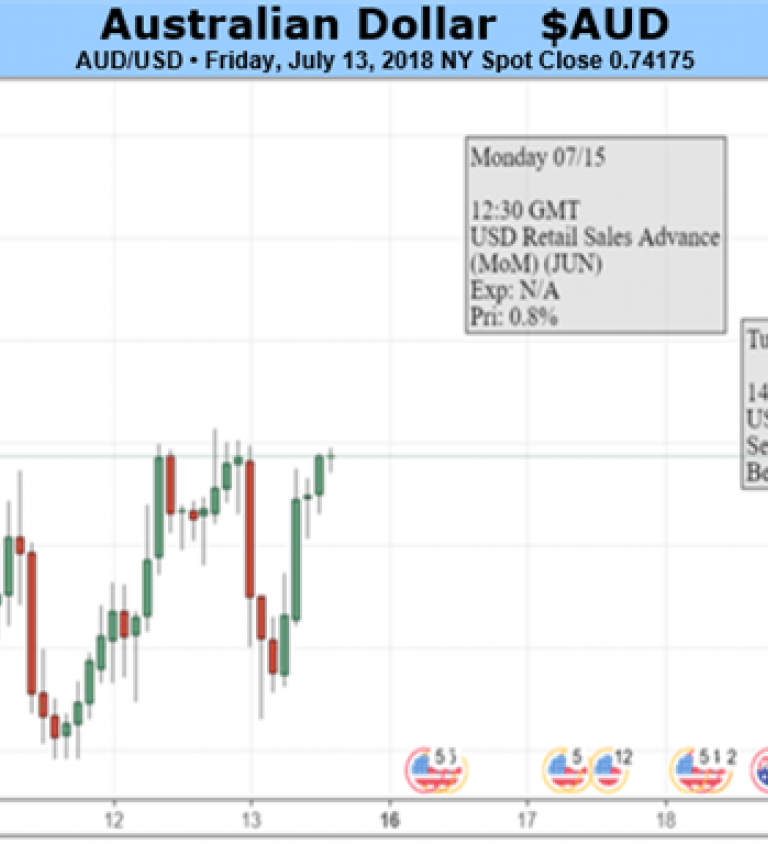 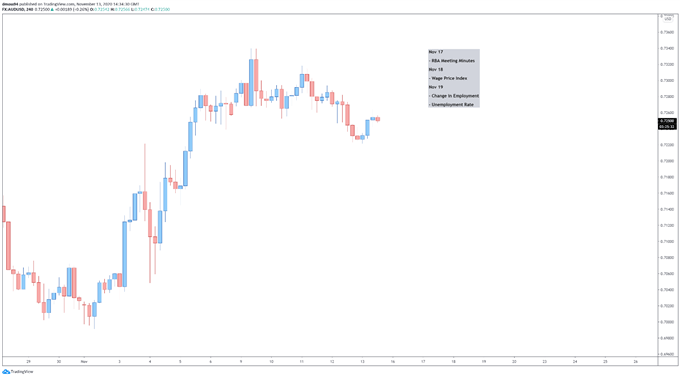 The Australian Dollar may continue to push higher in the coming week on the back of the nation’s successful suppression of the novel coronavirus.

To contrast, the European Union’s two largest economies, France and Germany, announced nation-wide lockdowns at the start of November while the US continues to average over 100,000 new cases daily.

This stark divergence could put a premium on the Australian Dollar in the near term if upcoming economic data shows the easing of restrictions has indeed led to a significant recovery in economic activity. 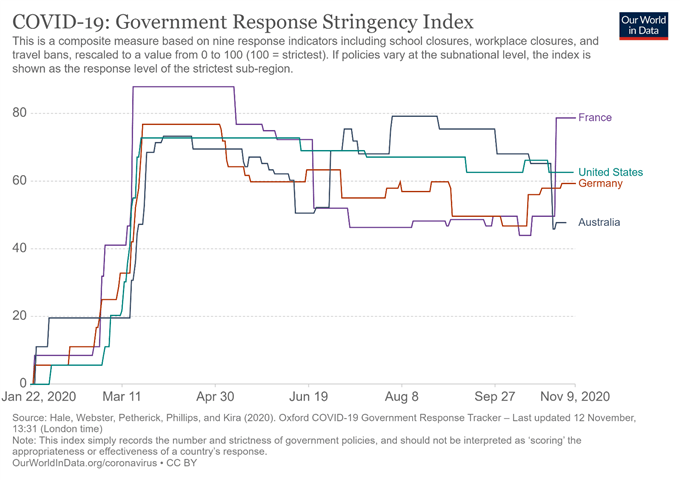 The Reserve Bank of Australia delivered what appears to be its last interest rate cut – for the foreseeable future at least – in November, after stating that “the Board is not contemplating a further reduction in interest rates [and] continues to view a negative policy rate as extraordinarily unlikely”.

Instead, the central bank will focus on its $100 billion Quantitative Easing (QE) program, committing to “do more and undertake additional purchases” if the circumstances require.

However, recent fundamental data prints suggest that further easing may not be required. The National Australia Bank’s Business Confidence Index climbed to its highest reading since May 2019 and manufacturing PMI rose to 56.3 (prev. 46.7) in October, when Victoria was still in stage 3 lockdown.

Moreover, the RBA has noted that “the recent economic data have been a bit better than expected and the near-term outlook is better than it was three months ago”.

Looking ahead, the minutes from the RBA’s monetary policy meeting may shed light on the central bank’s outlook, although upcoming jobs data will probably draw the majority of investors’ attention.

After all, both the Federal Government and the RBA have vowed to prolong supportive measures until the labor market has recovered to pre-pandemic levels.

Therefore, employment data for October will be keenly eyed, with a better-than-expected jobless rate probably dampening easing bets and in turn bolstering the Australian Dollar against its major counterparts. 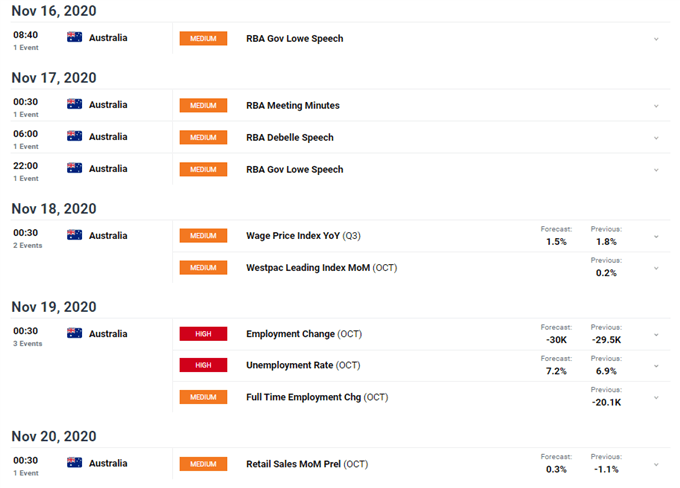 Why a Rise in Retail Trading May Signal Another Mania