The Australian Dollar dunked lower twice today after local data showed slowing economic activity and then the Chinese PMI missed estimates. Not long after the brouhaha, the currency ended up near where it started before testing higher levels above 67 cents.

Chinese manufacturing PMI for October printed at 48.0 against the 49.0 anticipated and the non-manufacturing came in at 46.7, below the 48.0 forecast. This combined to give a composite PMI read of 47.1 against 49.0 previously.

The China PMI indices are the result of a survey of 3,000 manufacturers across China, mostly large firms. It is a diffusion index, so reading over 50 is viewed as a positive for the economic outlook of the world’s second-largest economy.

An hour before the Chinese PMI came out, Australian private sector credit for October showed growth of 0.6% month-on-month as expected. This contributed to an annual read of 9.5% year-on-year which was also in line with forecasts.

Additionally, building approvals for October showed a decline of -6.0% month-on-month, well below -2.0% anticipated and on the back of the previous figure of -5.8%.

For the first time, the Australian Bureau of Statistics (ABS) published a monthly CPI figure. There will be two such releases between the quarterly figures. These prints will cover 62-73% of the weighted quarterly basket. More details can be read here.

The official CPI reading for the purpose of the RBA’s target band of 2-3% will remain as the quarterly number.

Today’s data was on the back of Monday’s Australian retail sales for the month of October sliding by -0.2% month-on-month instead of rising by 0.5% as expected.

All of this stacks up as a conundrum for the RBA’s monetary policy meeting next Tuesday. While the data is overall softish for the Australian economy, the central bank will not be meeting again until early February.

Although today’s CPI is below expectations, it remains elevated, and the quarterly CPI revealed an acceleration in the third quarter.

In any case, Australian Commonwealth Government Bonds (ACGB) rallied with yields easing across the curve. The 3-year bond is near 3.20% against 3.30% at the end of last week.

The Australian Dollar is finding support on the back of hopes that Chinese authorities might look to add stimulus measures to re-ignite their economy. 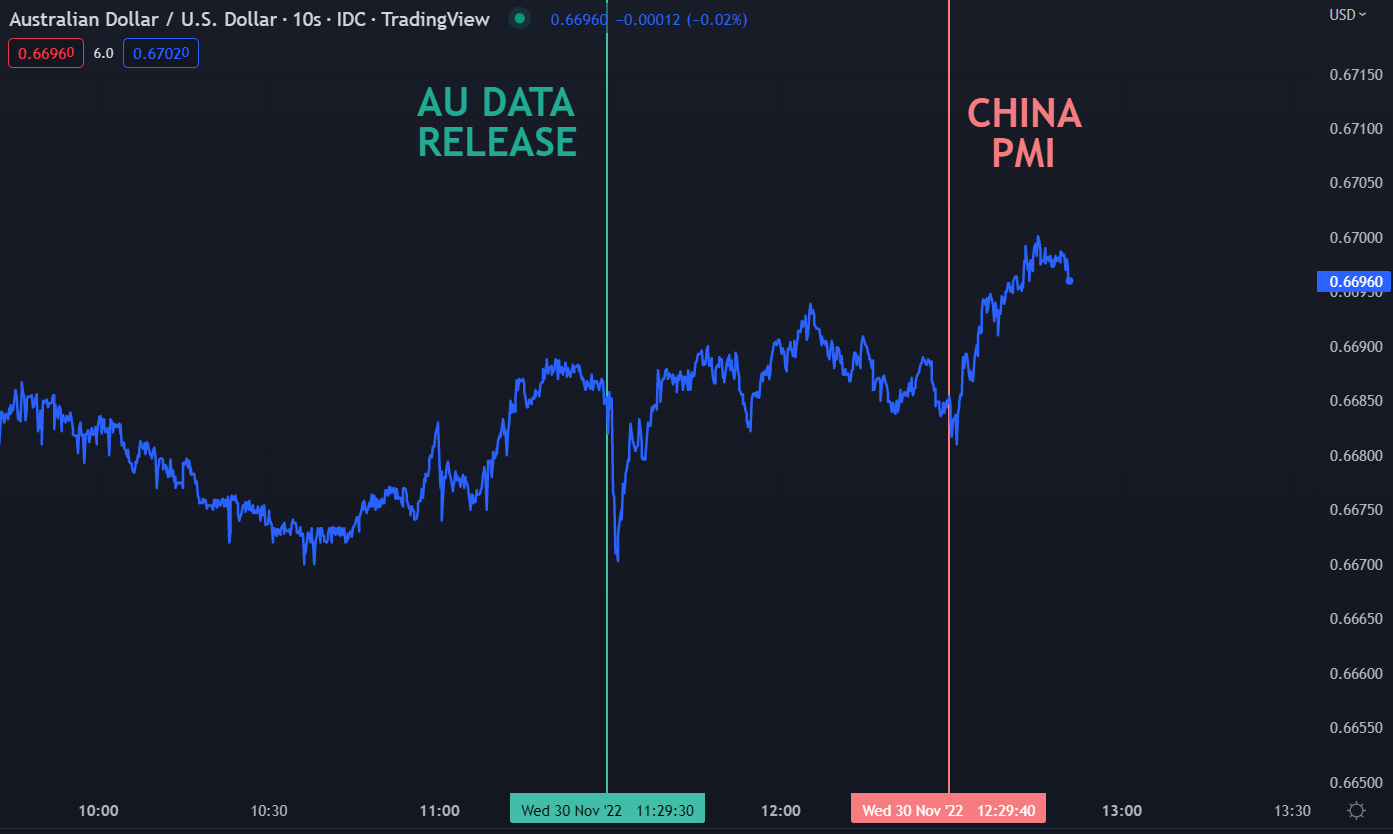