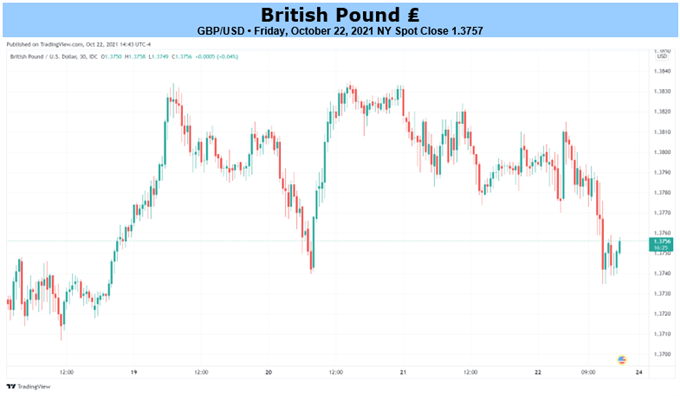 There are a number of drivers and potential drawbacks to the Pound Sterling as we approach the November 4 rate decision which justifies a more cautious approach to GBP based setups.

UK retail sales for September, compared to September last year, declined significantly from expectations. The 1.3% contraction, spearheaded by lacking figures from the ‘non-food retail stores’ weighed heavy on the wider sector as only a 0.4% contraction was forecasted.

The current series of declining retail data is described by the Office for National Statistics (ONS) as, “the longest period of consecutive monthly falls in history of this series (which began in February 1996)”

Flash (preliminary) Markit PMI data beat expectations in both the manufacturing and services sectors. Both readings came in above 50 meaning purchasing managers anticipate an expansion in both sectors.

Consumer confidence readings however, tell a different story as the reading posted (-17). The survey is forward looking and asks a sample group of 2000 consumers to gauge their personal financial situation and the overall economic environment for the next 12 months.

One factor, identified by the Gfk survey, adding to consumer pessimism is the current and future level of prices. Global supply chain challenges and increasing demand has lead to sustained elevated fuel and gas prices which is passed on to consumers. 48% of respondents expected prices to increase rapidly in the next 12 months compared to 34% in September.

In addition, the Bank of England’s new chief economist, Huw Pill stated that Britain could surpass a “very uncomfortable” 5% inflation reading over the coming months. These comments were followed be a more cautious disclaimer where the chief economist said, “there’s a bit too much excitement in the focus on rates right now”. The market had priced in a 95% change of an interest rate hike at the November meeting but after Pill’s comments, this has dropped to a little over 57%.

With the rapid rollout of Covid vaccines, the UK is less likely to have to endure another harsh lockdown as cases surge and temperatures dip. That being said, the alarming number of new infections may invoke a response from government where capacity limitations for pubs and restaurants are reintroduced to flatted the rate of infection.

Next week is a relatively calm one for high impact GBP events but keep in mind that speeches/developments around the November 4 MPC meeting could lend itself to spurts of volatility. 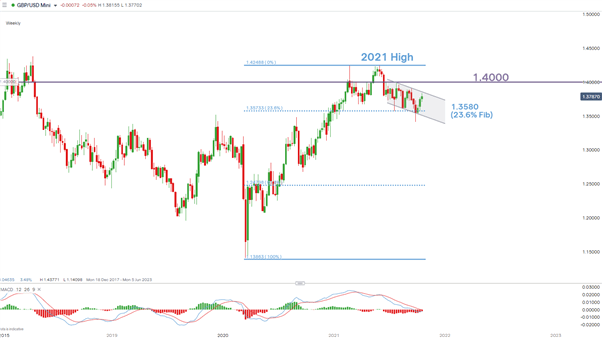