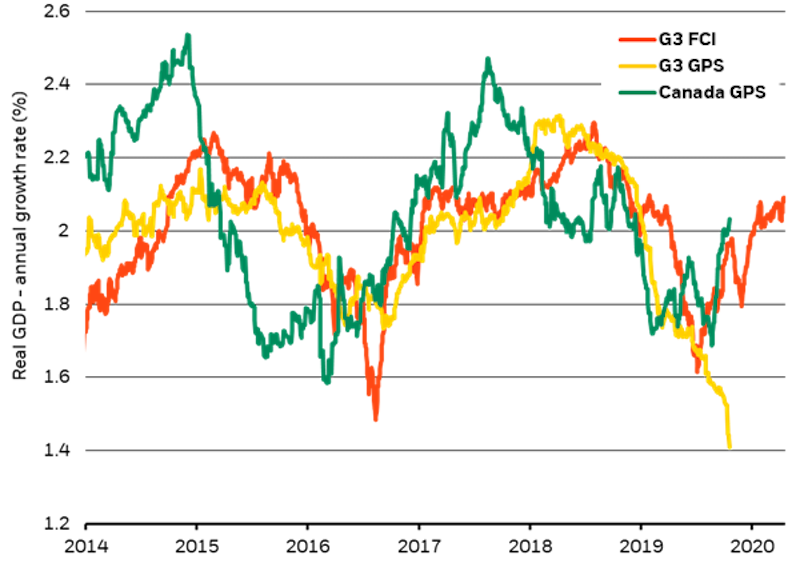 When the global economic growth outlook is positive, Canadian assets tend to become more attractive than safer US counterparts because their cycle sensitivity – while making them riskier – allows for comparatively higher returns. This typically results in a weaker USD/CAD exchange rate because investors are valuing yield over stability.

The US is not only Canada’s largest trading partner but also the world’s biggest consumer-driven economy. This internally–oriented growth model makes the US less vulnerable to external shocks relative to a more outward-facing economy like Canada,which strongly relies on exports southward to drive performance. For perspective, over 74% of Canada’s cross-border sales are to the US market, whereas the latter only sends about 12 percent of its total exports to the former.

A positive backdrop for US growth typically boosts demand for Canadian goods and the total volume of trade between the core and perimeter expands. As exports flow from the perimeter to the core, capital pours in the opposite direction and helps push the Canadian Dollar higher.

This dynamic is amplified by capital rushing into the perimeter economy from investors looking for cycle-channeling CAD-denominated assets to deliver comparatively more generous returns. Under these conditions, the USD/CAD exchange rate typically falls.

However, if some sort of economic shock sees growth derailed – be it a financial crisis or policy-mandated slowdown amid a novel virus outbreak – the stream of capital between the core and perimeter reverses. The result is typically a stronger USD/CAD exchange rate.

As investors become more risk-averse, they tend to cut exposure to the cyclically-sensitive Canadian Dollar and CAD-denominated assets. Instead, they opt for relative safety offered by deeper liquidity and steadier growth dynamics at the US core.

This tendencycan be especially pronounced considering that the Greenback is the world’s number–one reserve currency, making it a haven to flock to in uncertain times. This feature helps to tame volatility that would otherwise be comparatively higher in a less-liquid environment, i.e. in the perimeter.

The 2008 global financial crisis offers a particularly profound example. Despite the turmoil’s US-centric origins, the Greenback found itself in the spotlight as demand for volatility-dulling liquidity directed capital flows.

Key Takeaways From the US-Canada Relationship

IBEX 35, CAC 40 Forecast: Treading on Water as Europe Struggles to Contain the Virus