The price of oil is under pressure after failing to test the monthly high ($90.39), and crude may track the negative slope in the 50-Day SMA ($91.92) as it reverses course ahead of the moving average.

The price of oil appears to be stuck in a defined range it manages to hold above the September low ($81.20), and crude may consolidate over the remainder of the month as the Organization of Petroleum Exporting Countries (OPEC) revert to their prior production schedule.

It seems as though OPEC will no longer boost production in 2022 as the rising interest rate environment across advanced economies dampens the outlook for global growth, and it remains to be seen if the organization will continue to switch gears over the coming months as the most recent Monthly Oil Market Report (MOMR) states that “in 2023, expectations for healthy global economic growth, combined with anticipated improvements in the containment of COVID-19 in China, are expected to boost oil consumption.”

As a result, OPEC may offer a steady supply especially as US production remains below pre-pandemic levels, and crude prices may face range bound conditions ahead of the next Ministerial Meeting on October 5 as expectations for robust demand are met with indications of limited supply.

With that said, the price of oil may attempt to retrace the decline from last week’s high ($90.19) as it manages to hold above the September low ($81.20), but crude may track the negative slope in the 50-Day SMA ($91.92) as it reverses course ahead of the moving average. 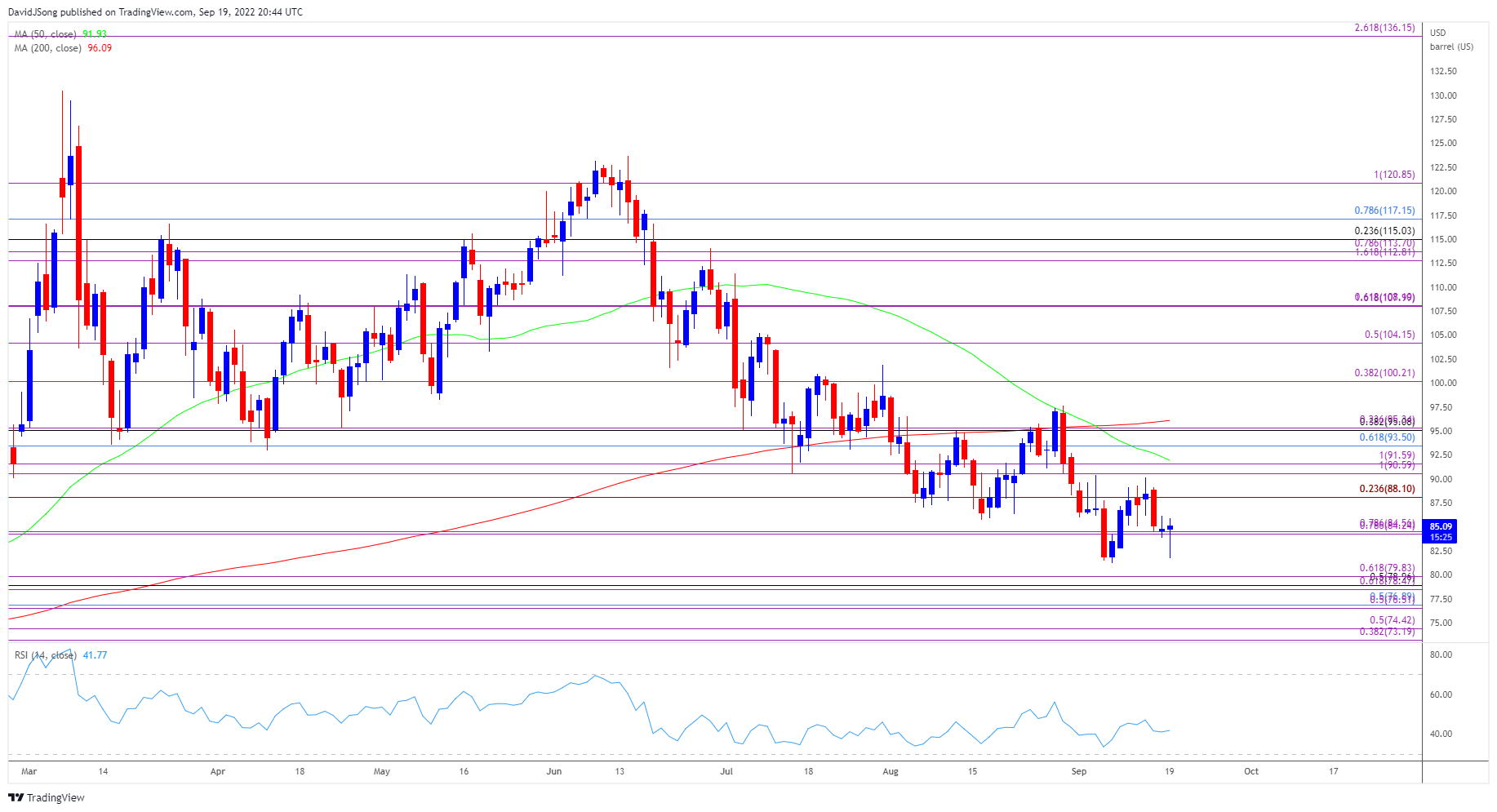 Long the Bitcoin bottom, or watch and wait? Bitcoin traders plan their next move