Germany and the Eurozone in general attempt to recover from the economic effects of a second wave of the coronavirus. Major equity markets however, appear buoyant as the Dow and S&P 500 recently reached all time highs while other significant indexes, like the French CAC and German DAX, trade in the vicinity of their respective all-time highs.

The DAX experienced a sizeable sell-off in late October where the 61.8% Fib level (drawn from the Feb high to March low) provided a rather stern level of support as prices quickly recovered in a matter of days. The bullish move however, seems to have slowed somewhat as the market has been unable to break above the 13,450 zone of resistance (blue rectangle). 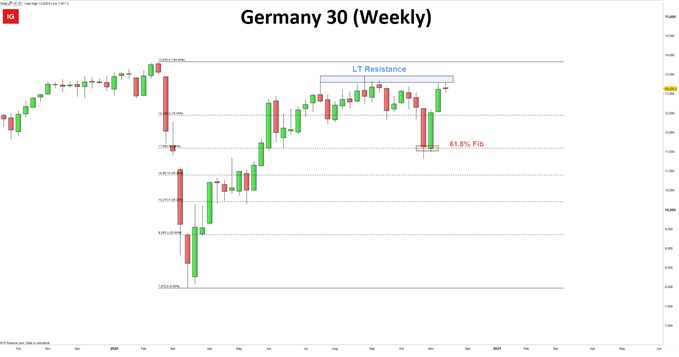 The daily chart makes a case for a bullish bias with what appears to be a bullish pennant formation. However, there are a number of challenges to further upside. Ideally, a break above the pennant with further momentum taking the market past 13,270 places the 13,460 firmly in sight.

Failure to break above the pennant opens the door to continued consolidation or even a move lower. Breaking below the pennant and 12,930 leaves 12,725 as the next level of support before the 76.4% fib level at 12,450. 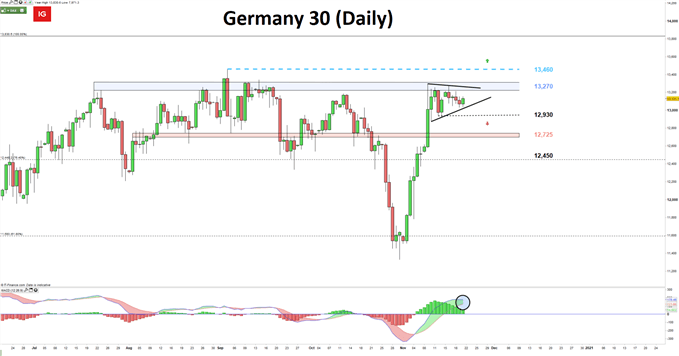 Taking a Closer Look at the Bullish Pennant Formation

Bullish Pennants are continuation candlestick patterns that occur in strong uptrends. The Pennant is formed from an upward flagpole, a consolidation period and then the continuation of the uptrend after a breakout. Traders look for a break above the Pennant to take advantage of the renewed bullish momentum.

Learn the ins and outs of trading bearish and bullish pennants 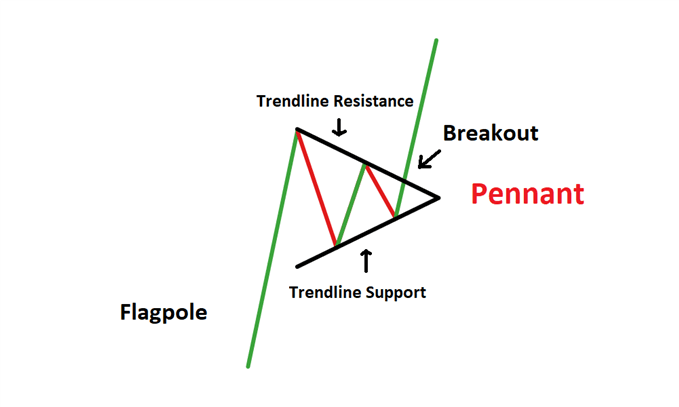 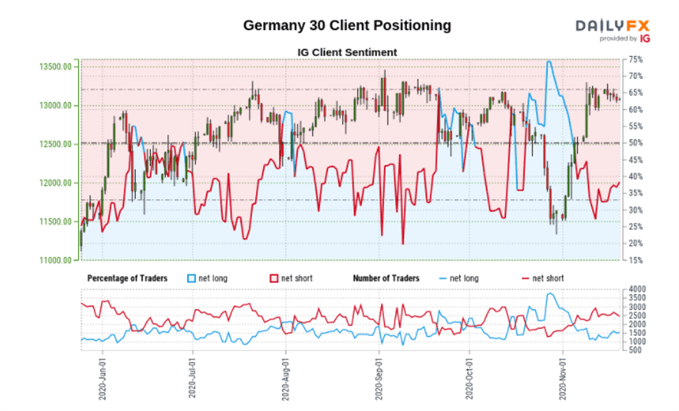 Learn how to read and apply IG Client Sentiment