Gold and crude oil prices weakened on Thursday, generally following a deterioration in risk appetite as the US Dollar rallied. The S&P 500 weakened, but a rally into the close meant that losses were limited to about 0.3% for the day. Still, that was not enough to offer the same for XAU/USD and WTI, which closed Thursday about 0.7% and 3.8% lower, respectively.

Economic event risk notably dies down heading into the weekend. US existing home sales for October will cross the wires. Surging mortgage rates have been working to slow the housing market, and with it, sales. Given that the labor market remains tight, slowing sales is most likely a function of affordability issues for the time being. As such, gold and crude oil might continue focusing on general risk appetite and brush aside the data.

After struggling to hold a push above the 78.6% Fibonacci retracement, gold has fallen back below 1766. Still, the breakout above the long-term falling trendline from earlier this year remains a notable bullish pivot. The speed of gold’s recovery of late means that the near-term 20-day Simple Moving Average is still quite some ways away from current prices. Key resistance is the August high at 1807.

How to Trade Gold 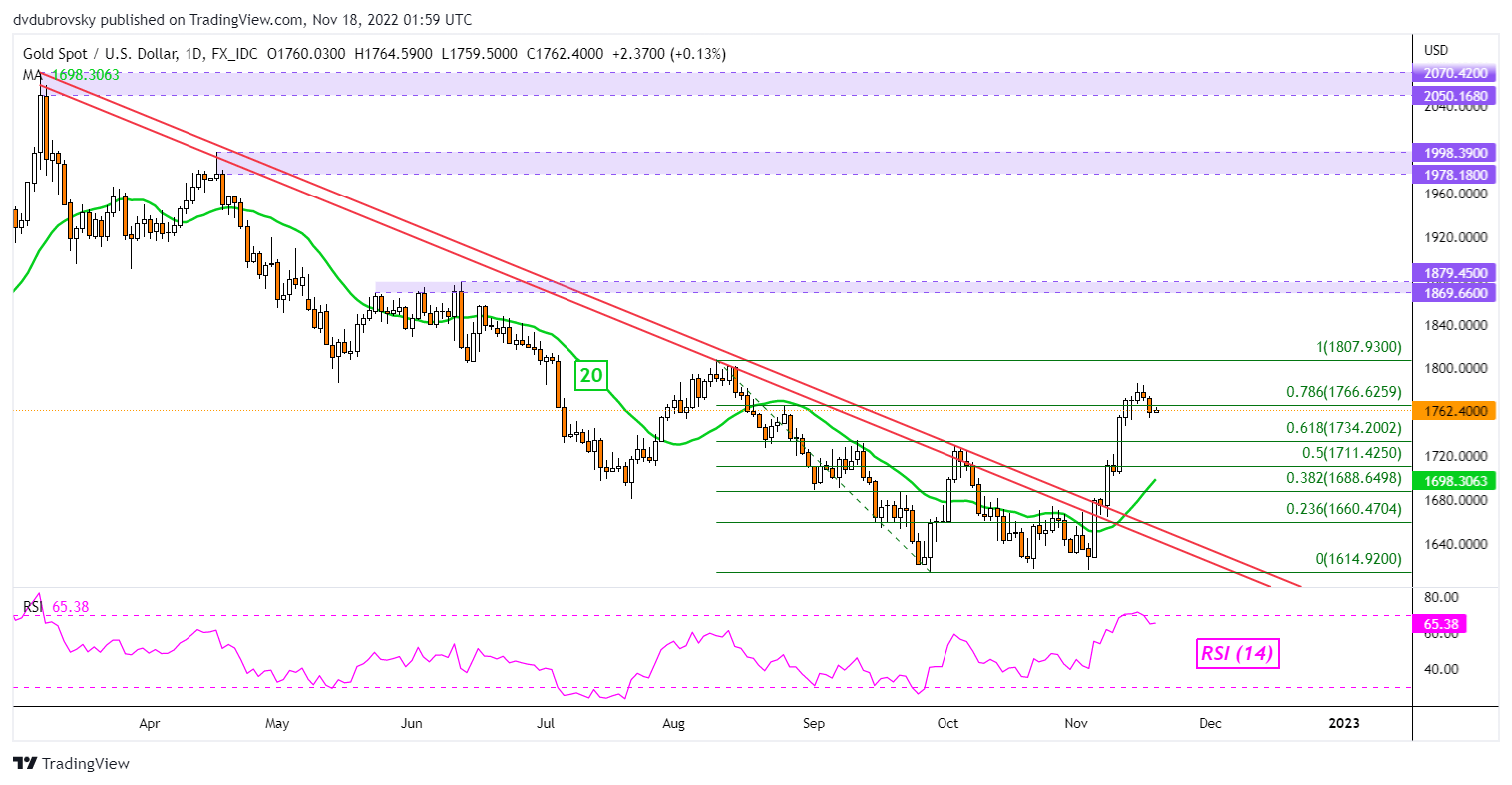 Crude oil prices have confirmed a breakout under an Ascending Triangle chart formation. That has opened the door to a broader downtrend resumption. Immediate support is the 81.207 inflection point. Below the latter is the September low at 76.281. In the event of a turn higher, key resistance seems to be at 85.387.

How to Trade Oil 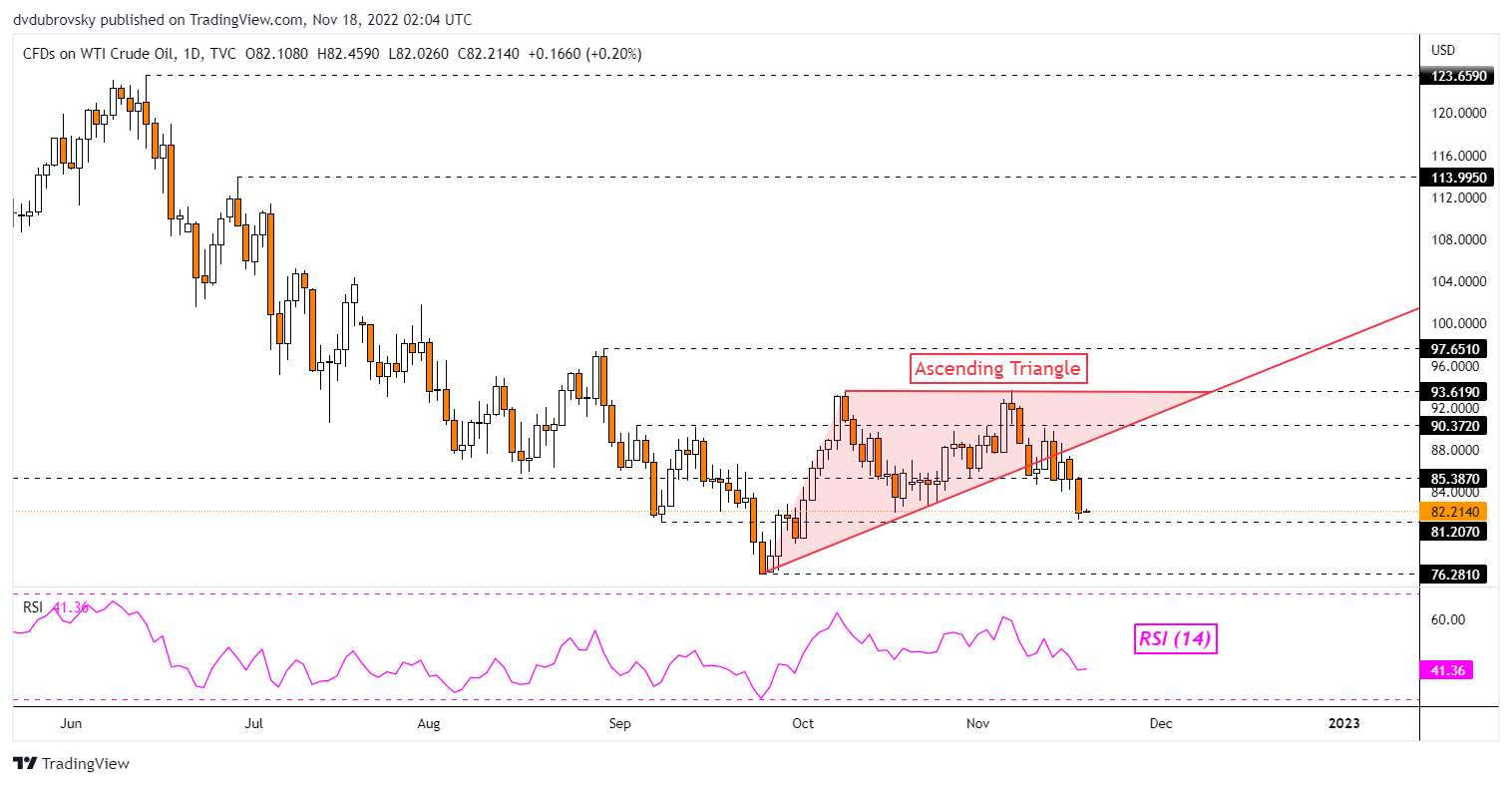 Australian Dollar Filleted by Fedspeak as US Dollar Resumes Ascendency