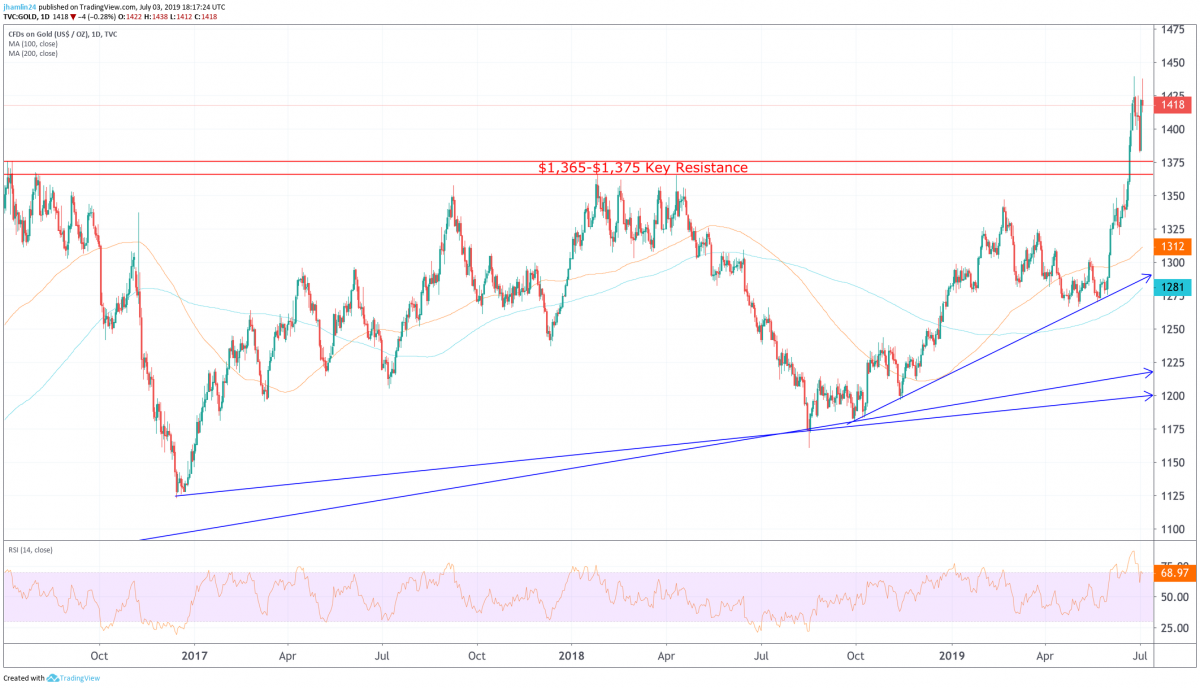 Gold Price Outlook Pulls Back After Failed Break Out Attempt

Gold looked primed for a topside break out last week as it coiled into a falling wedge formation. The pattern was marked by a descending trendline to the topside, derived from the August high, and a trendline on the lower end around the $1,850 mark. Typically viewed as a bullish continuation pattern, the falling wedge seemed to provide an ideal springboard for a topside break until resistance near $1,920 stopped the move in its tracks.

Now, gold has pulled back even further, falling to the descending trendline that previously served as resistance but has since transitioned to a more supportive role. Evidently, a bullish resolution to the falling wedge pattern failed to materialize and gold may be vulnerable to further losses and consolidation as a consequence. That being said, the commodity should have a few levels to work with.

First and foremost is the descending trendline from August followed by potential support around the $1,850 mark. Tertiary support, and perhaps the most important from a longer-term perspective, resides around $1,800. To that end, the longer-term outlook for gold remains constructive despite the failed break higher. Monetary policy remains accommodative, stimulus seems to be a matter of when, not if, and bouts of risk aversion could give rise to safe haven demand.

Suffice it to say, it seems gold is still in a position of strength but lacks the required catalysts to charge higher. Therefore, I would argue further consolidation – perhaps between the $1,920 and $1,850 levels – is likely. Should the barriers on either side give way, it would materially change the shorter-term technical outlook and might allow for a quick continuation in the direction of such a break. In the meantime, follow @PeterHanksFX on Twitter for updates and analysis.