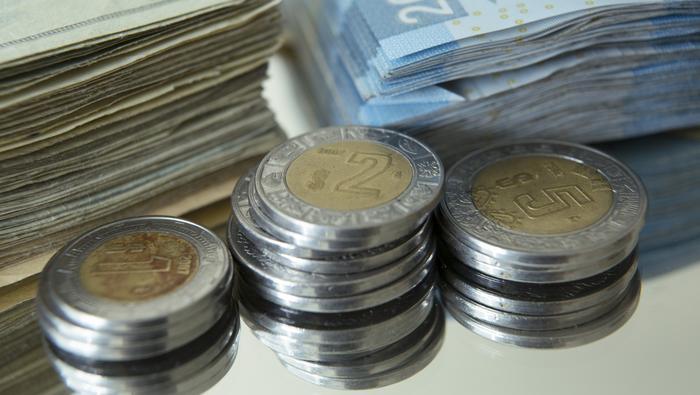 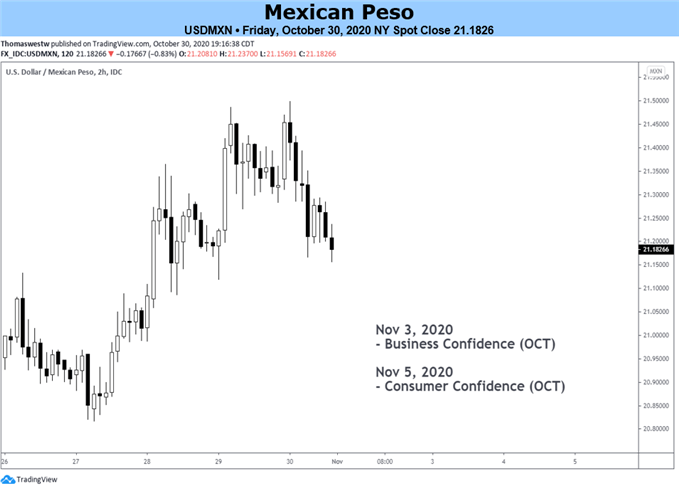 USD/MXN has managed to buck the downward trend and has now rallied 2,9% in four days as the US Dollar picks up buyer momentum against emerging currencies and risk aversion. This is not an uncommon scenario in the cycle of forex pairs, especially given the important horizontal support highlighted in last week’s forecast, but short-term considerations are also to be taken into account.

The culmination of the US presidential elections is most likely the main factor driving price action for USD/MXN at the moment, on the back of US Dollar demand given so much uncertainty. As I mentioned a few weeks back, the long-term effect of the elections on the Mexican economy are somewhat unclear, and is likely to depend on the future of the commercial relationship between the North American countries and the stimulus efforts unveiled by the elected candidate to ensure economic recovery.

Overall, a democratic sweep is seen as bearish for the US Dollar, which would leave USD/MXN unsupported in the short-term, allowing the pair to get back to trying to break it’s key support at 20.83. Further to the initial reaction, Biden is seen as a smoother candidate in regards to political and trade relationships, also boosting risk sentiment and therefore the Mexican Peso, so we can expect to see USD/MXN heading towards re-covid levels once the health situation stabilises.

But given that polling is unreliable, the US Dollar is likely to keep upward momentum heading in to the final stretch of the election run, so therefore further upside to USD/MXN cannot be ruled out, even if horizontal resistance is reached at 21.84. An unexpected Trump victory could boost the US Dollar, allowing the pair to push higher, whilst a contested election is likely to boost risk aversion and therefore appetite for the Mexican Peso is likely to falter in the short term.

The daily chart shows this perfect bounce off the horizontal support line at 20.83, a key area to break if Peso buyers wish to take USD/MXN lower. This also plays into the consolidation of the descending triangle pattern, which would point to a break lower in the medium term. There is still a way to go in upside potential, but increased selling pressure could be seen around 21.84, before attempting to break higher above the descending trendline marking the upper limit of the triangle.

Bitcoin is the best treasury reserve asset humanity’s ever had

DAX, DOW and FTSE Move Higher Despite a Dent in Optimism