NFLX reported its 4Q earnings after the New York session close with a notable miss on bottom line figures. Nonetheless, the stock surged as much as 9.6 percent in the first 10 minutes after the data hit, though it would pull back after that initial swell.

For the macro trader, the next significant leg of the earnings season has picked up with the release of Netflix’s results for the past quarter. The media streaming company is only the 82nd largest market cap stock, but its influence on general speculative appetite punches well above this more moderate standing. That has a lot to do with its role as a major tech company, amplified in the post-pandemic climb for this sector amid unexpected revenues despite economic hardship and a notable demand from retail investors favoring recognizable company names. However, in the past year, we have seen interest in tech fall, the star of the FAANG grouping drop more significantly and Netflix’s standings drop even more within this elite group.

For the hard numbers, the breakdown is thus:

Projections for Q1 revenue were inline with analyst expectations at $8.17 billion. With an expected crackdown on sharing logins to impact moving forward, that likely reassures. A surprise was the news that CEO Reed Hastings would be stepping down from his role with Co-CEOs Greg Peters and Ted Sarandos stepping in to lead.

Chart of NFLX with Pre- and Post-Exchange Trading (15 Minutes) 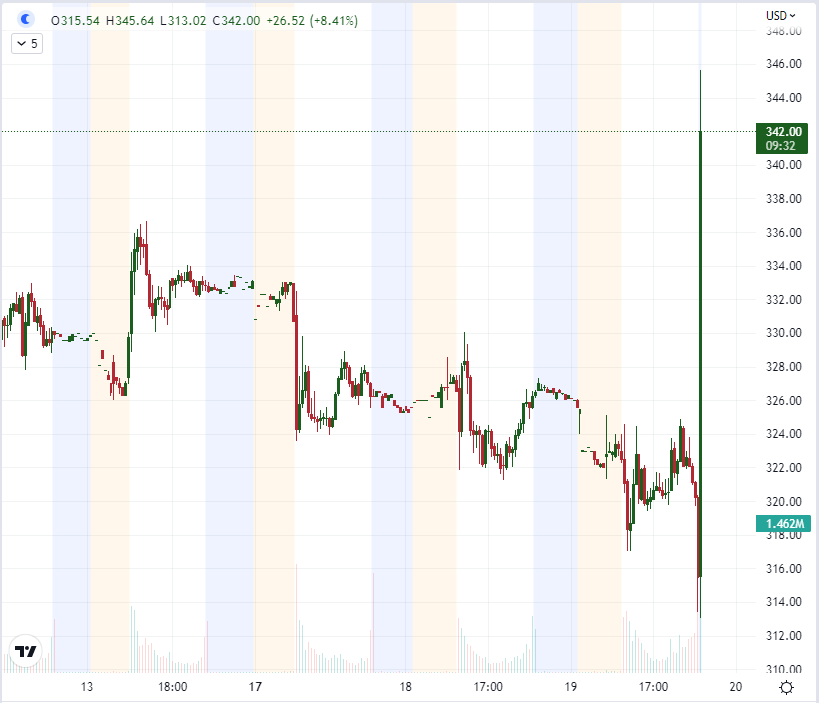 Looking at the bigger picture for NFLX, the stock looks to be warding off a steeper reversal that was starting to take shape against the backdrop of a larger slide in US equities this week. Notably, NFLX just this past week managed to full close the ‘window’ created by the dramatic and ultimate 35 percent loss on April 22nd of last year. Technical traders look to this kind of retracement as a natural correction with a chart-based gravity behind it. Notably, this particular stock seems to be stretching further than the broader FAANG index that I made below (based more on an price equivalency than market cap). That is likely due to the severity of its loss the previous year more than the greater potential moving forward. 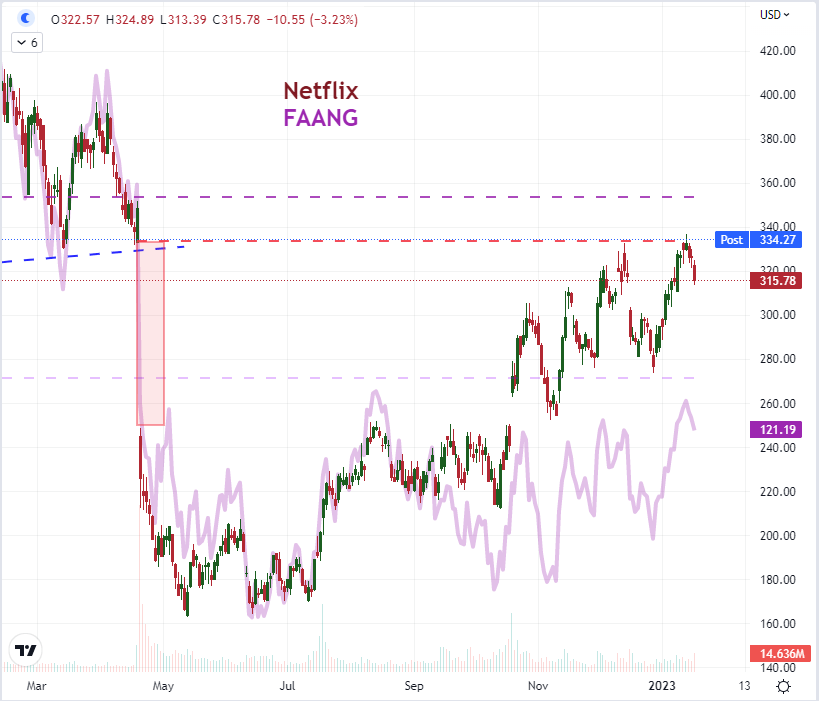 As far as how much weight this company’s performance will carry over to the broader market, I don’t believe there will be much steer moving forward. Afterhours, the Nasdaq 100 futures and QQQ ETF were relatively restrained, advancing as much as 0.5 percent before retracing the bulk of those gains. The Nasdaq 100’s faster slide relative to the blue-chip Dow (see the ratio in purple below) from a Dot-com equivalent double top late 2021 will not likely be turned by this data, which leaves even less probability that this corporate update will upend the country’s broader equity performance Friday. Next week, we have Microsoft’s (2nd largest market cap) earnings due and the other FAANG members will hit the week after that. 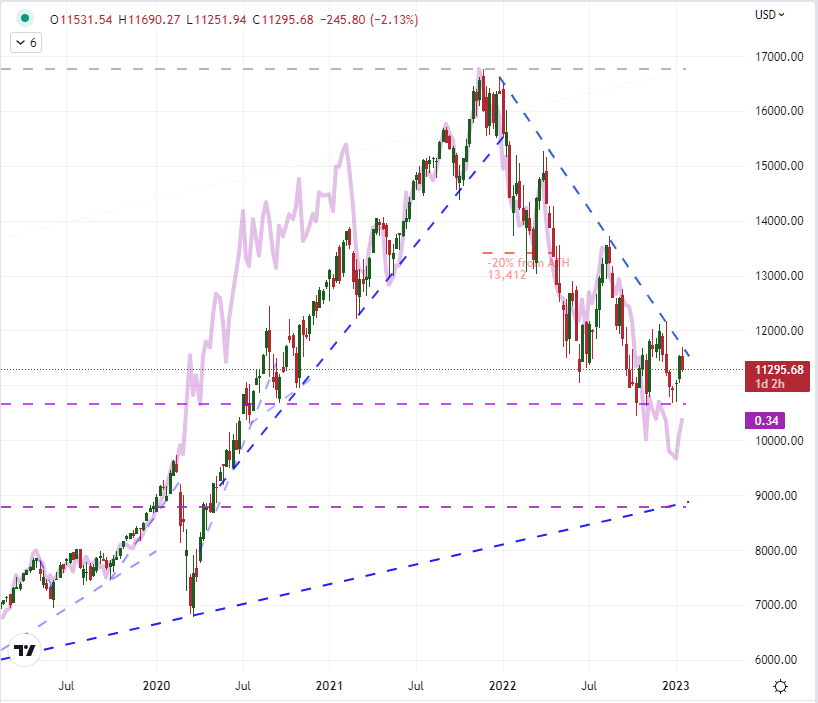 How to Trade FX with Your Stock Trading Strategy

Australian Dollar Yawned After RBA Hike by 0.25% as Expected. Where to for AUD/USD?