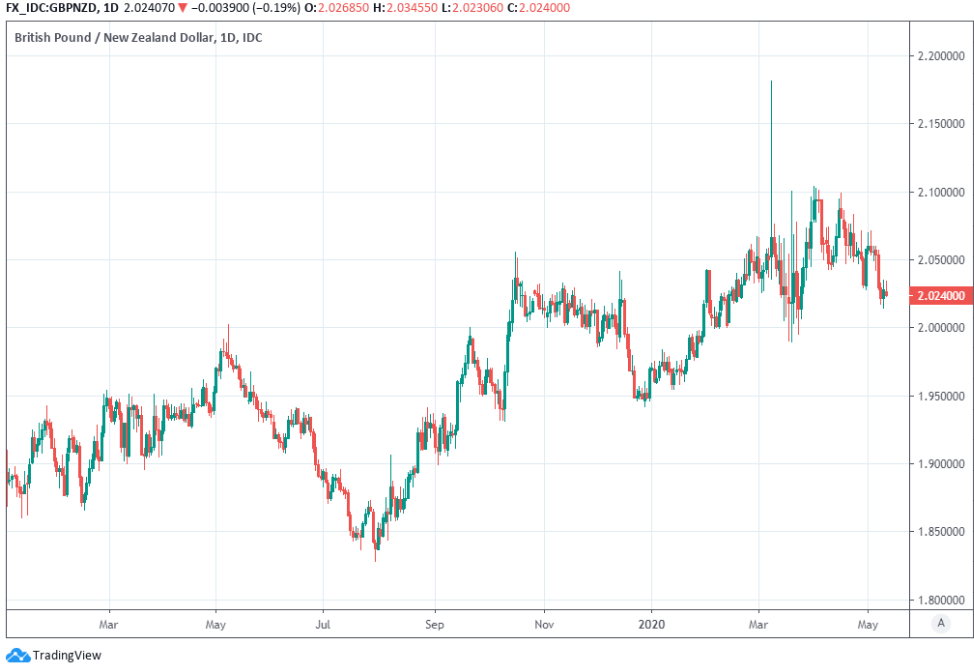 The New Zealand Dollar could be set for heightened market activity during Wednesday’s trading session in light of the RBNZ decision on deck. Reserve Bank of New Zealand officials are slated to release their latest monetary policy update Wednesday, 11 November at 01:00 GMT. This potentially high-impact event risk likely explains the relatively elevated NZD/USD overnight implied volatility reading of 13.6%, which ranks in the top quartile of IV measurements clocked over the last 12-months, and is also above the 20-day average reading of 10.8%. 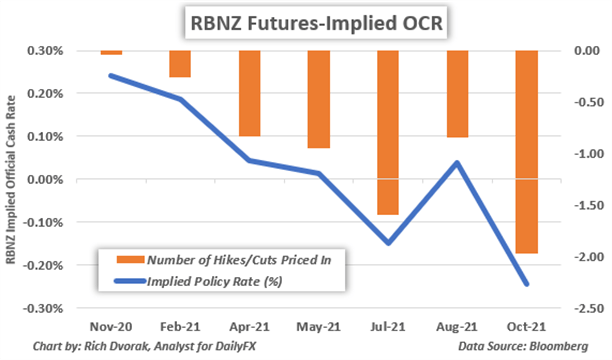 The RBNZ is widely expected to leave its official cash rate target unchanged at 0.25%. In turn, this likely places emphasis on forward guidance provided by the central bank in its monetary policy statement as well as commentary from RBNZ Governor Adrian Orr during the follow-up press conference. Focus could be placed on when the Reserve Bank of New Zealand might cut rates next and also possible changes to its quantitative easing programs. As things currently stand, the Reserve Bank of New Zealand is seen slashing the OCR into negative territory by June 2021 according to overnight index swaps pricing.

An increasingly dovish tilt communicated by the RBNZ could bring forward expectations for negative interest rate policy, which might correspond with New Zealand Dollar selling pressure. This may follow worse-than-expected NZ inflation data released recently. On the other hand, a cautiously firm stance could propel the Kiwi higher. Further, the Reserve Bank of New Zealand might attempt to jawbone NZD price action lower considering the trade-sensitive commodity currency has strengthened notably this month against the Greenback and other FX peers. NZD/USD price action currently trades at its strongest level since March 2019 after ripping roughly 220-pips higher over the last week and a half. That said, it is worth considering how the direction of the broader US Dollar has potential to weigh notably on the direction of NZD/USD, particularly if the RBNZ rate decision turns out to be a non-event. Nevertheless, the Kiwi-Dollar is estimated to fluctuate between 0.6769-0.6867 with a 68% statistical probability according to its overnight implied volatility reading of 13.6%. This options-implied trading range can serve as possible levels of technical support and resistance, respectively.

Connect with @RichDvorakFX on Twitter for real-time market insight