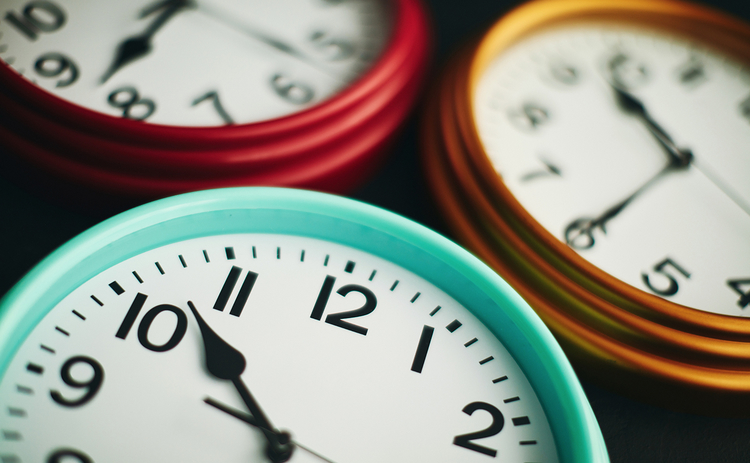 The variables that help forecast the future direction of asset prices are a hot commodity. Every time predictability is discovered, it is eventually either arbitraged away or labelled as a risk factor. The former is commonly known as alpha, while the latter is often referred to as alternative – or smart – beta. The efficient market theory refers to the discovery of predictability as anomalies.

By definition, predictability is any repeatable pattern in prices. Some well-known patterns are not even based on complex mathematical models, but represent simple calendar-based rules. For example, think of the classic “sell in May and go away” mantra – a tendency of the stock market to underperform over summer months.

Empirical facts are normally explained by a “theory” – usually in an ex post fashion. For example, in this case the holiday season is considered to be the reason behind the market sell-off in May.

As the quest for predictability continues, the number of false discoveries grows at an ever-increasing speed. One solution would be to come up with a theory first, and then look for empirical evidence consistent with it. However, that’s easier said than done.

Another option is to revisit previously discovered anomalies. If they still hold true, chances are there is a structural reason for them to exist.

Our approach in this article is to dust off a set of simple anomalies all based on time of day. We will then present empirical evidence and discuss whether an efficient execution desk should adopt such anomalies.

First, let’s consider a well-known time-of-day pattern in foreign exchange returns. The idea behind it is simple: currencies tend to go down in local trading hours and up outside of them. For example, EUR/USD would depreciate during early London trading hours and appreciate after the New York open.

The original pattern has been documented over the overlapping time zones, since there is a window where both London and New York are open at the same time. We simplify this approach and split each day into two periods: mornings and afternoons. This is because we would like to express this pattern in terms of trading strategies and do not want a period with no-position.

This pattern was described in academic literature by Ranaldo (2009), although it was originally borrowed from an early paper by Cornet et al (1995). The behaviour was then linked to order flow dynamics by Breeden and Ranaldo (2011), who found local currencies are net-sold in the morning and bought in the afternoon.

What could be the theory behind this behaviour? At first glance, it would look like local traders prefer to sell their own currency and foreign traders buy it in return, which begs the question: do the former know something negative about their currency or is it just a case of ‘the grass is always greener on the other side’ syndrome? Some studies suggest it is importers who drive the demand for foreign currency in the morning, thus driving the net selling of the local currency during that time of day.

While the precise nature of this behaviour is hard to uncover, it is important to highlight the pattern that emerges from it. Unlike well-argued FX carry trade strategies, which direct capital from low to high rates and are exposed to the global economic cycle, there is no obvious macro reason for the intraday pattern to exist.

Let’s now consider how stable these dynamics are over time. If we aggregate the price dynamics over mornings and afternoons, the difference becomes quite striking, as shown in figure 2a and 2b. The patterns are very consistent and even apply to the Canadian dollar, which is in the same time zone as the US dollar, and gets weaker in the morning and stronger in the afternoon.

A typical question about predictability is how stable and reliable a pattern is. A number of complex statistical tests exist, some correcting for the number of back-testing attempts. As this is a previously documented pattern, we do no data mining. Instead, we keep the degrees of freedom at a minimum and express the pattern as a trading strategy.

Looking at figure 1a and 1b, one obvious strategy is to be short in the red zone and go long in the green zone. In other words, sell at dawn and reverse after lunch.

We do not try to optimise the timing; rather we select a uniform strategy for each currency. The results are shown in figure 3a and 3b. The strategy of selling a local currency against the US dollar in the morning and buying it in the afternoon delivers a sharp ratio of slightly below 1, which is quite high, especially for FX as an asset class without a well-defined buy-and-hold strategy.

It is also interesting to express the performance on a yearly basis, as shown in figure 4. Individual currency performance becomes quite jumpy, but if we consider an equally weighted portfolio, it is remarkably stable.

This simple strategy holds well over time. Of course, it should not be considered a real strategy as it is just a simple set of entry and exit rules, and no risk management is taken into account.

However, the question is whether this approach should be part of a daily decision-making process, and if so, how. That brings us to the next point: implications for execution.

The pattern shown so far clearly demonstrates that selling EUR/USD around 4pm London time has been almost the worst possible time to sell over the past few years.

If we go back to the rebalancing logic for WM/R previously discussed, EUR/USD is normally sold when USD assets lose value – so that USD hedges have to be reduced and some short USD exposure should be bought back.

When USD assets depreciate it is usually a sign of stress and execution becomes challenging. And it is precisely around this time that buying US dollars at 4pm London time is generally a bad idea. Executing the same trade at almost any time prior to that would be a better strategy. Notably, expanding the WM/R window or changing the weighting schema is not going to help, unless it can be proved that the whole pattern is driven by WM/R orders, which is unlikely.

Gold does not glister during the day

The FX pattern presented is very similar – at least in spirit – to the well-known underperformance of gold between morning and afternoon during London trading hours, and the respective outperformance overnight. Owing to gold’s nature, market commentators came up with a number of conspiracy theories which make attractive new headlines (see for example Speck, 2013). However, if we consider gold as a London time zone currency, the intraday pattern is comparable to the EUR/USD one previously described.

Figure 5 presents gold as a time-of-day pattern, showing the cumulative USD increase in gold price, both during London hours and overnight. The different trajectories are well known but it is important to notice how widely they move. While the total price of gold increased from $300 in 2000 to $1,800 today, the overnight price increased to $3,000, while the daily change is at minus $1,500.

Figure 6 translates the above analysis into a strategy. For the sake of simplicity, it does not include transaction costs. While gold has been a very good investment over the past 20 years, the strategy of selling in the morning and going long overnight would have almost tripled the annual return.

Needless to say, this strategy is unrealistic, as transaction costs would likely have a big impact. However, waiting for a better execution time does not incur transaction costs and the timing of the decision would certainly benefit if this pattern were to be taken into account.

Towards the automation of market decisions

Choosing the right components that drive investment decisions is a serious dilemma. On the one hand, it is easy to dismiss something as a statistical aberration. On the other, an aberration that repeats itself eventually ceases to be one. This problem is becoming more pronounced as machine-learning methods become more popular.

The analysis presented here is a simple deterministic data transformation, which is arguably well known and easy to understand. One takeaway message is that the calendar patterns are quite strong. However, the ability to incorporate them is sometimes limited due to budget gaps. In big organisations, decisions are often taken on multi-day timeframes and execution desks don’t always have discretion to, for example, wait until 1pm if the order came in at 8am.

The solution could be something along the following lines: First, a lot of those components, such as time-of-day patterns, can be automated. This would remove the pressure from a human operator. Second, aggregation engines would allow merging those signals in a more systematic way. Third, a specific risk budget can be allocated for short-term investment strategy fine-tuning. A similar problem in a more theoretical setting is described by Israelov and Katz (2011).

Is a Home-Based Travel Agency Franchise Right for You?