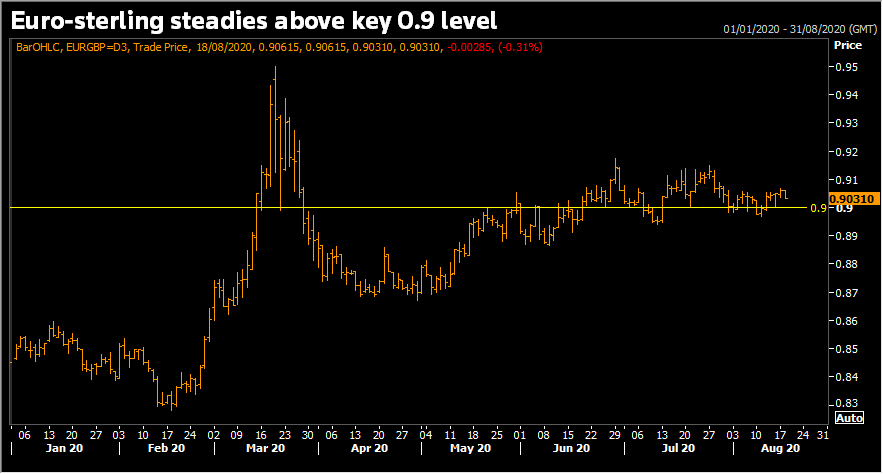 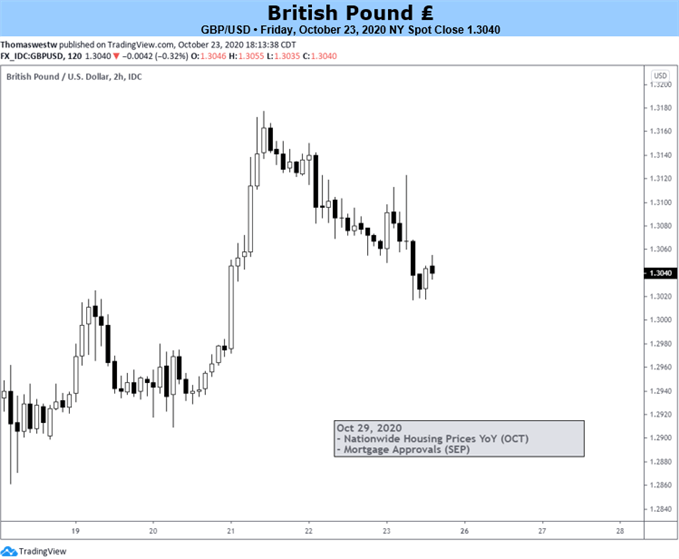 The song seemingly remains the same as EU and UK trade negotiators resume talks with little concrete evidence that a deal between the two will be struck. However, the overall tone of the new talks is a lot more positive with the EU stating that they will intensify talks, including the legal texts, in order to give both sides the best chance of achieving a deal.

There is little in the way of market-moving UK economic data on the DailyFX Calendar next week.

GBPUSD traders will need to be aware of any developments with regards to the US stimulus bill, with both sides coming closer to passing a deal, but close enough so far. The US dollar has been under selling pressure of late as talks stall and the US dollar basket traded at a six-week low on Wednesday. Cable has traded as high as 1.3184 this week when the EU announced plans to get talks moving again, but the pair have drifted lower going into the weekend. A neutral stance on Sterling seems prudent ahead of any official EU/UK trade talk news.

We typically take a contrarian view to crowd sentiment, and the fact traders are net-short suggests GBP/USD prices may continue to rise.Positioning is less net-short than yesterday but more net-short from last week. The combination of current sentiment and recent changes gives us a further mixed GBP/USD trading bias.

What is your view on Sterling – bullish or bearish?? You can let us know via the form at the end of this piece or you can contact the author via Twitter @nickcawley1.