Learn how to prepare ahead of important data prints

After December’s impressive services PMI print, markets hoped for another encouraging print for January given a slightly improved outlook now that inflation appears to be headed in the right direction. This wasn’t to be the case as the new year brought with it a sustained downturn in the UK private sector business activity. Survey respondents pointed to higher interest rates and lower consumer confidence as key determinants of the lower activity as Britain grapples with the ongoing cost of living crisis. The services sector experienced the worst decline in business activity over the last two years up to this point.

The report adds to the recent, disappointing UK retail sales data which plummeted over the holiday period as consumers tightened their belts. One small piece of good news came in the form of the manufacturing data, which beat expectations coming in at 46.7 vs 45.5 expected. However, this wasn’t enough to appease the FX market as sterling traded around 50 pips lower after the release.

The Bank of England will meet next week to discuss another 50 basis point hike to stem demand and help inflation move down further. Fresh in their minds will be the fastest pace of average earnings since 2001 which raises alarm bells of a wage-price spiral – something central bankers look to avoid at all costs

The 5-minute chart shows the rather sharp drop in cable after the data release and now contributes to a deeper retracement of the bullish advance seen on the daily chart. 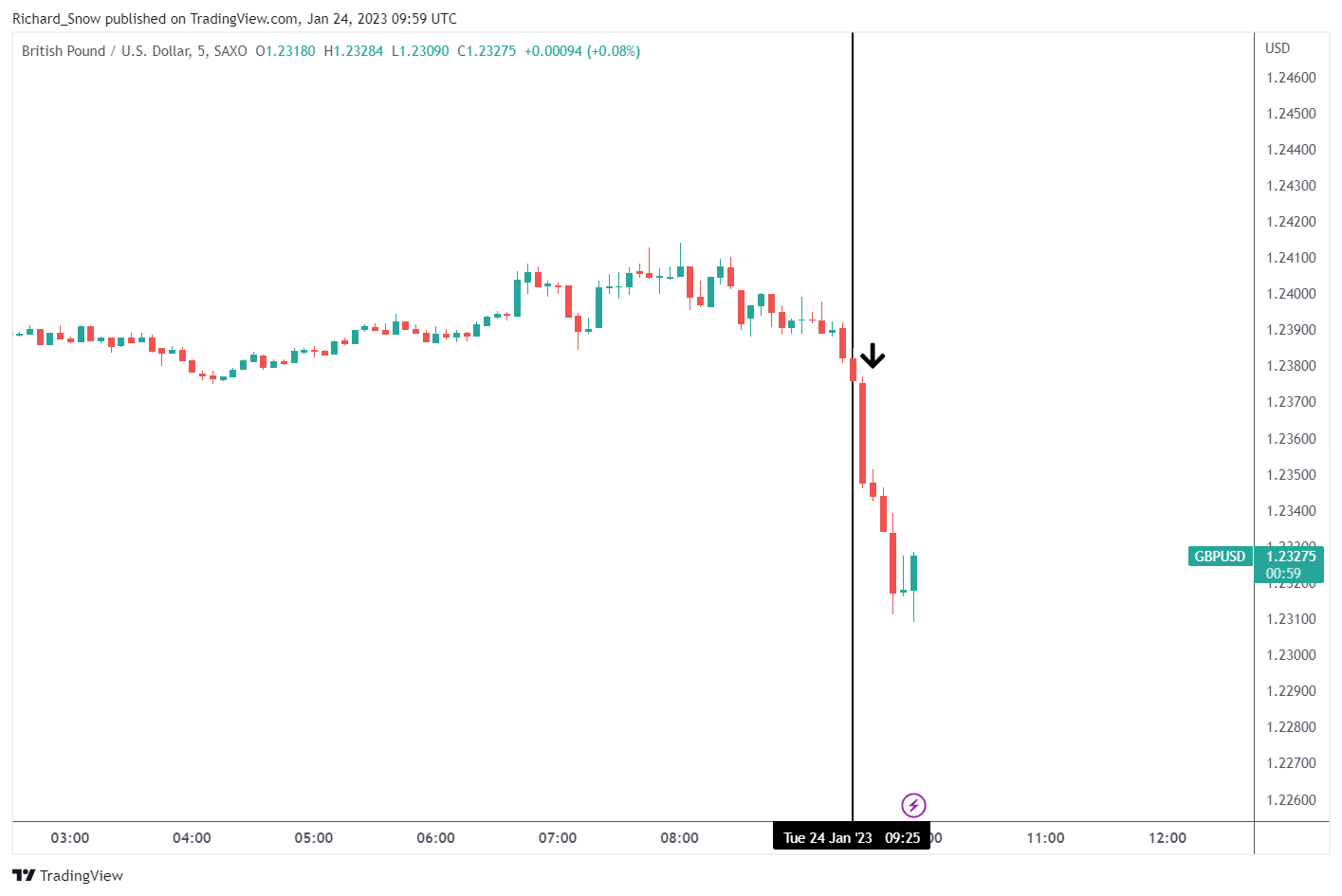 How Will Markets React to the 2020 Election?