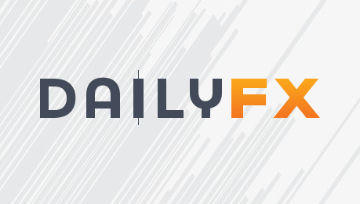 USD/CAD trades to a fresh monthly low (1.3425) despite the limited reaction to Canada’s Retail Sales report, and the exchange rate appears to be on track to test the June low (1.3315) as it snaps the range bound price action from earlier this month.

USD/CAD carves a series of lower highs and lows even though Canada’s Retail Sales report dampens the scope for a V-shape recovery, with the update showing an 18.7% expansion in May versus forecasts for 20.0% rise.

Looking ahead, the Canadian Dollar may continue to outperform its US counterpart as the IG Client Sentiment report indicates crowding behavior in the US Dollar, and current market conditions may trigger another run at the March low (1.3315) as USD/CAD extends the decline from the monthly high (1.3646).

It remains to be seen if the smaller-than-expected rebound in Canada Retail Sales will influence the monetary policy outlook as the Bank of Canada (BoC) insists that the “Bank is prepared to provide further monetary stimulus as needed,” but the update to the Consumer Price Index (CPI) may keep the central bank on the sidelines as the headline reading for inflation is projected to increase 0.3% in June after contracting 0.4% the month prior.

At the same time, the core CPI is expected to widen to 0.9% from 0.7% in May, and signs of sticky price growth may encourage the BoC to retain the current policy as “the combination of the very low policy rate and asset purchases is providing considerable monetary stimulus.”

In turn, the BoC may endorse a wait-and-see approach at the next interest rate decision on September 9 as the central bank pledges to “hold the policy interest rate at the effective lower bound,” and it seems as though Governor Tiff Macklem and Co. are in no rush to provide additional monetary support as officials plan to carry out “large-scale asset purchases of at least $5 billion per week of Government of Canada bonds.”

Until then, current market conditions may keep USD/CAD under pressure amid the crowding behavior in the US Dollar, and the exchange rate appears to be on track to test the June low (1.3315) as it snaps the range bound price action from earlier this month.

Coinsquare’s Leadership Forced Out After Wash Trading $5.5B