USD/CAD fails to retain the advance from the start of the week as it registers a fresh monthly low (1.3226), and fresh data prints coming out of Canada may lead to a further decline in the exchange rate as the Consumer Price Index (CPI) is anticipated to show sticky inflation.

USD/CAD remains under pressure following the larger-than-expected slowdown in the US Consumer Price Index (CPI) as signs of easing inflation fuels speculation for a shift in the Federal Reserve’s hiking-cycle, and the exchange rate may continue to trade to fresh monthly lows as it no longer responding to the positive slope in the 50-Day SMA (1.3532).

As a result, USD/CAD may struggle to retain the advance from the September low (1.2954) amid growing speculation for a smaller Fed rate hike in December, and the update to Canada’s CPI may fuel the recent decline in the exchange rate as the headline reading for inflation is expected to hold steady in October.

Canada’s CPI may influence USD/CAD as the gauge is projected to print at 6.9% per annum for the second month, and the Bank of Canada (BoC) may come under pressure to carry its hiking cycle into 2023 as the central bank acknowledges that “the demand for goods and services is still running ahead of the economy’s ability to supply them, putting upward pressure on domestic inflation.”

In turn, the BoC may continue to strike a hawkish forward guidance at its next meeting on December 7 as “the Governing Council expects that the policy interest rate will need to rise further,” but the Canadian Dollar may face a similar fate to its US counterpart should the update to Canada’s CPI reveal slowing inflation.

An unexpected slowdown in Canada inflation may foster a near-term advance in USD/CAD as it seems to be responding to the former-resistance zone around the July high (1.3224), but a further decline in the exchange rate may fuel the recent flip in retail sentiment like the behavior seen earlier this year. 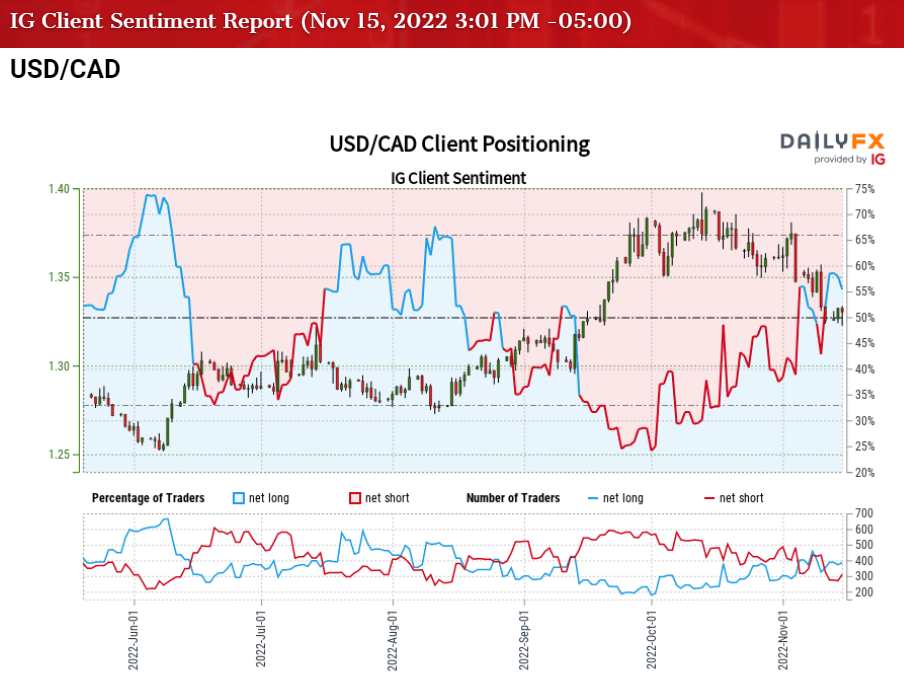 The IG Client Sentiment (IGCS) report shows 55.56% of traders are currently net-long USD/CAD, with the ratio of traders long to short standing at 1.25 to 1.

With that said, USD/CAD may struggle to retain the advance from the September low (1.2954) if Canada’s CPI raises the BoC’s scope to pursue a restrictive policy, but lack of momentum to push below the July high (1.3224) may lead to a near-term advance in the exchange rate as the former-resistance zone acts as support. 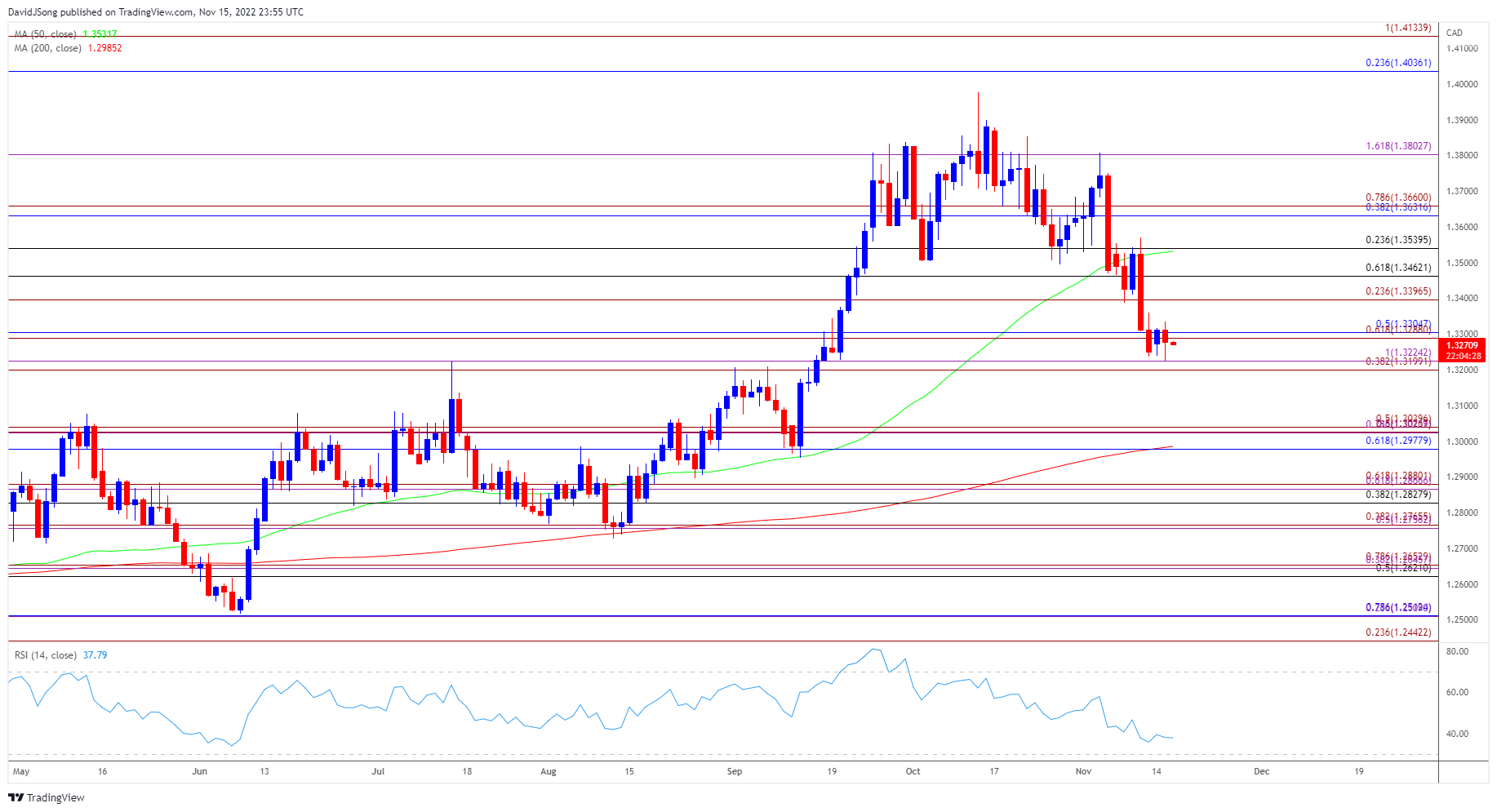