There is a close fundamental connection between the United States and Canada when it comes to exchange rates and economies. Given their strong trade ties, these two countries tend to have similar courses when it comes to economic activity, monetary policy and financial health. That doesn’t mean that these matters don’t carry any weight – in fact, the reality is quite the opposite. The differences that arise between the two are amplified through their nuance. Recently, the detail seems to be coming through the shift in US interest rate forecasts in the post-CPI steer. The inflation report two weeks ago hit the Greenback across the board, but follow through was uneven across the board. For USDCAD where the momentum stalled and tide turned happened to align to a number of technical levels. Support in the 1.3200 area happens to coincide with the 100-day simple moving average but also the 38.2 percent Fibonacci retracement of the 2021-2022 extended trading range. As technically-influential as that floor may be, there is just-as-distinct resistance above. 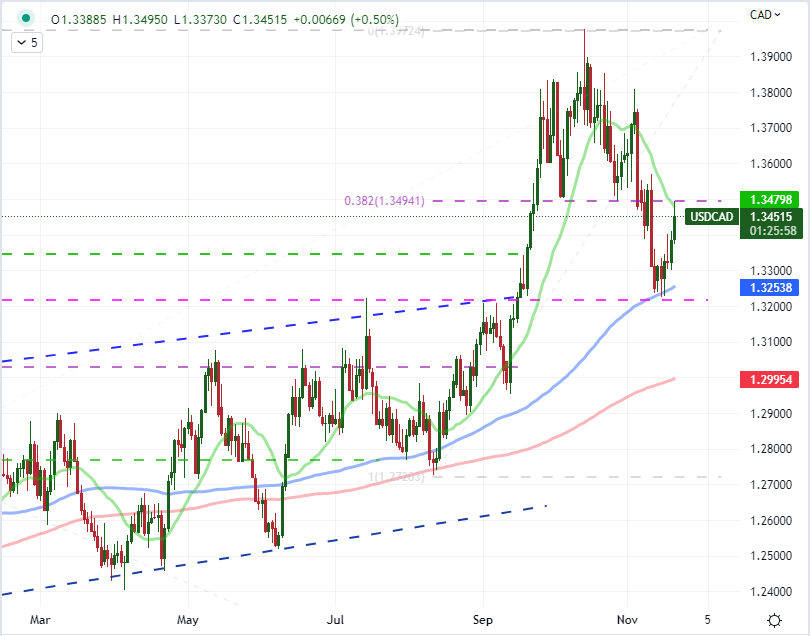 While it isn’t perhaps the same degree of clout as the support at 1.3200, the immediate overhead at 1.3500 on USDCAD has weight of its own. The combination of a smaller SMA (20-day) and shorter range Fibonacci (August to October), it also happens to represent the former support ‘neckline’ support as new resistance. To clear either of these two barriers moving forward would likely take more than just a general drift. Fundamental motivation likely needs to step in for mere correction, and there is plenty of potential coercion in the form of relative interest rate forecasting. In the past week alone, the outlook for US rates has recovered significantly after the CPI release. The probability of a 75bp rate hike at the December 14th meeting has edged up to 24 percent, but the expected terminal rate from the market’s view has shifted up to 5.00 – 5.25 to 5.25 – 5.50 percent mid-2023 (according to Fed Funds futures). We can see that projection play out in 2-Year Treasury yields as well. Comparing the US and Canadian government debt of that tenor, we find there has been a distinct divergence between the yield differential and USDCAD. Those deviations do occur, but the fundamentals tend to act as an anchor over time. 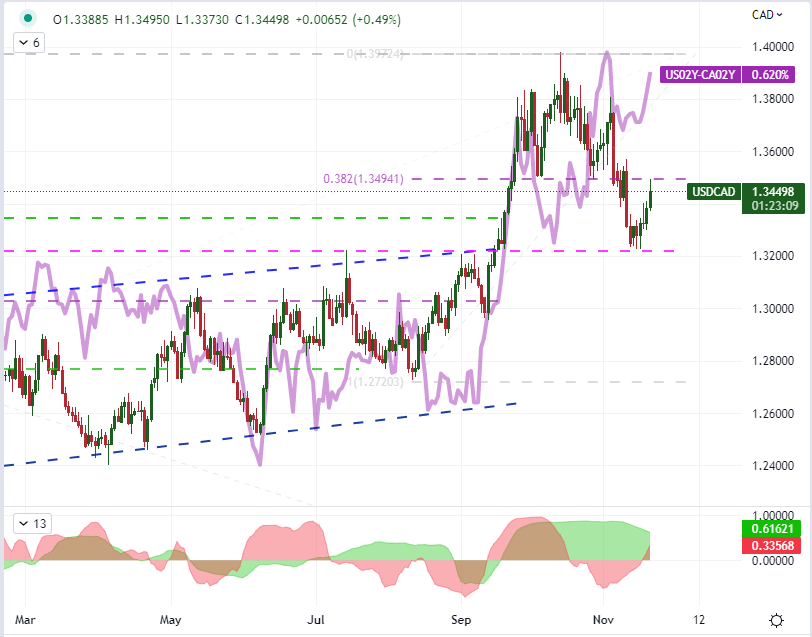 So early into the new week, the tempo for USDCAD seems to be dictated by the US Dollar. That shouldn’t surprise as the dockets for both economies have been exceptionally light. On the US side though, we did have both the US National Activity index from the Chicago Fed as well as some pointed Fed comments. In particular, hawkish Loretta Mester’s suggestion that the group is ‘nowhere near’ pausing on rate hikes seems to project the imbalance. There is more central bank speak on tap from the Fed and BOC Tuesday with Mester due to speak again representing the former and Carolyn Rogers, Senior Deputy Governor, the latter. Then there is the data ahead. The US has a few lower tier listings, but Canada has an important run of retail sales, manufacturing sales and new home prices. That is a meaningful economic update. Of course, anticipation for Wednesday the November PMIs – the US will receive an update but not Canada – can shift the balance of power again. 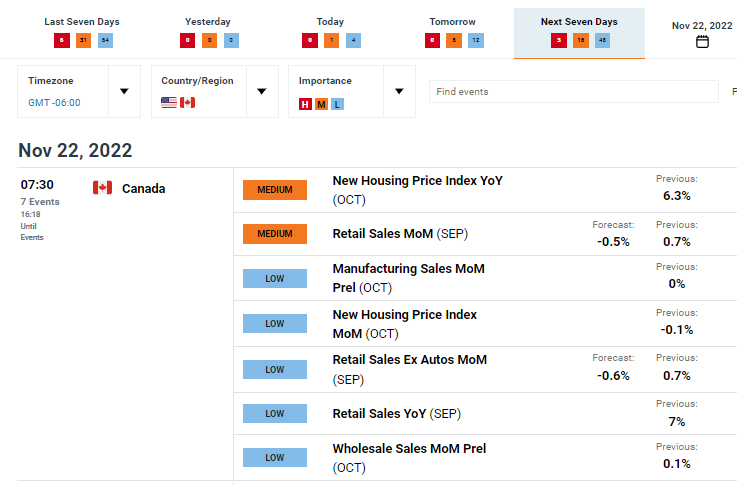 To take the same kind of fundamental guidelines but remove the overbearing Dollar from the picture a moment, CADJPY makes for an interesting technical picture with the diametrically opposed view of the Canadian Dollar’s relative yield potential. The break of 106 was a meaningful downshift from momentum over the previous 8 months after a lower high was put in, but it didn’t simply topple the pair. Risk aversion carries strong sway here as with most Yen crosses; but sans an all-out confidence slump, rate differentials are still supporting the buoyancy as seen in the comparison to the Canadian – Japan 2-year yield differential below. 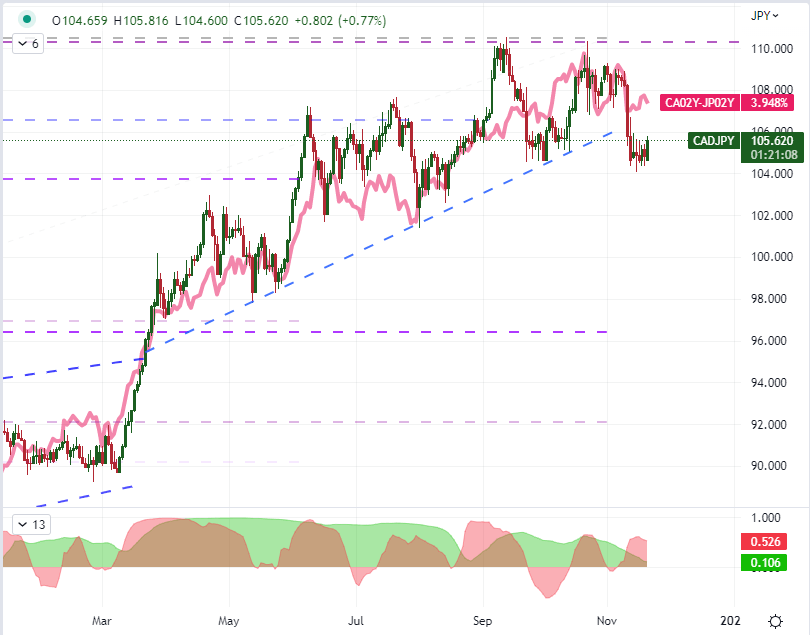