The US Dollar saw its worst month since September 2010 as the markets aggressively priced in a dovish Federal Reserve down the road. A tight US jobs report hints that USD’s move might be overdone.

Things have not been looking too well for the global reserve currency of late. The US Dollar got crushed for a second week in a row. November saw the DXY US Dollar Index decline about 5.1 percent in the worst monthly performance since September 2010! If you were to compare that to average moves since 2005, November 2022 was about -2.35 standard deviations from the mean – see chart below.

In other words, the chance that the US Dollar weakens by 5.1% or more in a given month is about 1%. Granted, past performance is not indicative of future results. But, we can still use this information to get a sense of how volatile a currency is historically speaking. As a global reserve currency that is the most liquid of the majors, such dismal performance does not come often at all.

November saw a couple of notable events drive the US Dollar. Most notably, the latest US CPI report (as well as the Fed’s preferred inflation gauge, PCE), cooled. It can be seen as a turning point, but the bigger battle remains ahead. Meanwhile, Fed officials stressed the peak hawkishness is likely behind us. Smaller rate hikes are the likely scenario going forward, but tightening itself could last longer. 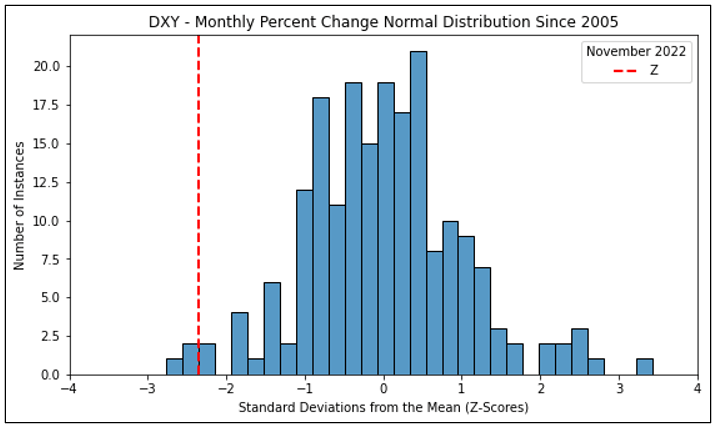 To see the impact of cooling inflation and Fedspeak, just look at the next chart below. Between the end of October and last week, the markets priced in at least 75-basis points of easing in 2 years, and then some. Due to the timeframe and numerous uncertainties ahead, there is a lot of wiggle room for these expectations to shift in the coming months.

For example, November’s US jobs report was rather solid. The country added 263k non-manufacturing jobs versus 200k seen. A steady 3.7% unemployment rate, with labor force participation crucially falling to 62.1% from 62.2%, means that the jobs market remains tight. That is not something the Fed will like if its goal is to bring inflation down to 2 percent on average.

The US Dollar rallied and stocks sank on the news, but traders quickly reversed these moves as markets focused on commentary from Fed Chair Jerome Powell last week. He stressed that the pace of tightening is indeed expected to slow as soon as this month. But, he also said that officials are concerned about workers demanding higher wages given the inflationary landscape.

This seems to be setting the stage for disappointment and what could be an overcorrection in the US Dollar of late. The time may yet come for that, but for now, momentum seems to be favoring US Dollar weakness. Markets rarely move in straight lines. The economic docket in the week ahead includes MBA mortgage applications, initial jobless claims and PPI data.

Markets Price in a Pivot (But Further Away) 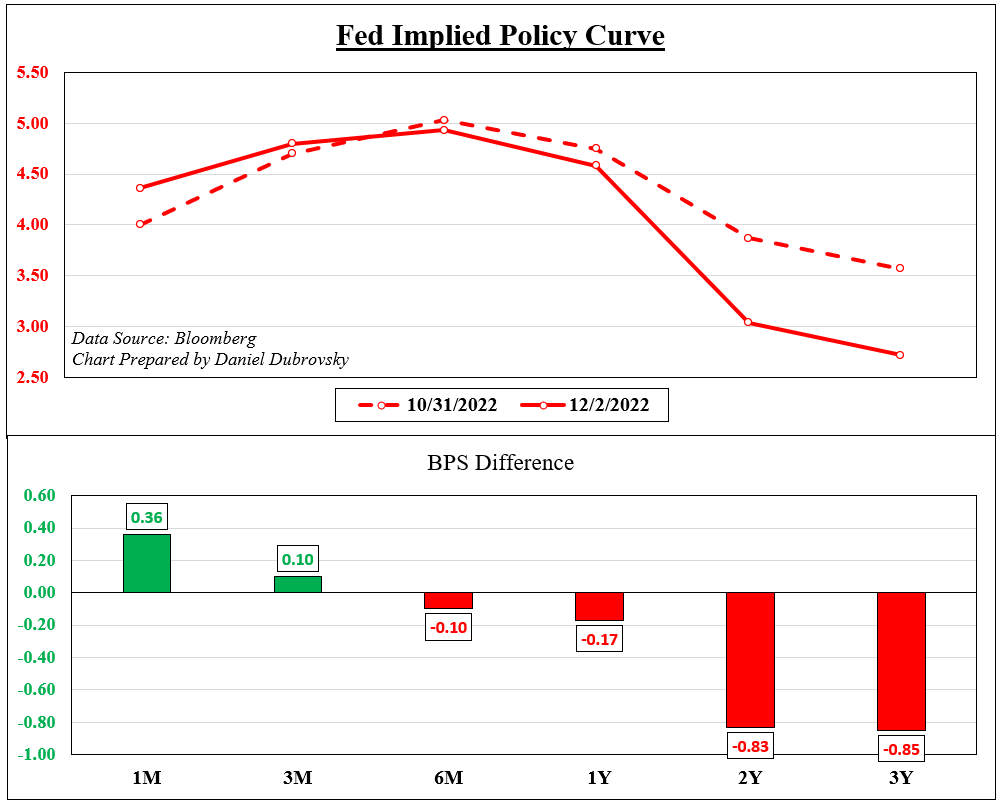