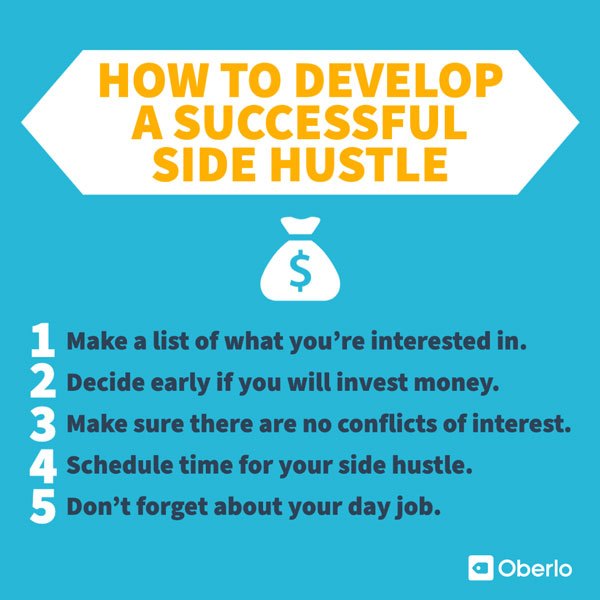 The highest-paying side hustle idea is the one that works best for YOU!

Nearly half the population is now working a side hustle or part-time job, almost 70 million people making extra money every month. But how do you know which side hustle idea will put the most in your pocket?

In this video, I’ll review the 22 most common side hustle ideas for the highest paying, easiest to set up and share my favorite.

We’re building a huge community on YouTube to beat your debt, make more money and start making money work for you. Click over to join us on the channel and start creating the financial future you deserve!

How Many Americans Work a Side Hustle?

Nation, a recent survey by Bankrate found that 45% of the working population, about 70 million Americans, have a side hustle besides their regular job.

These side hustle superstars reported making an average of $1,122 a month extra and working between 11 to 16 hours a week for about $16 to $23 an hour.

That’s more than $13,000 a year to pay off your bills, start investing and get out ahead!

Now I was actually researching for a video on best side hustle ideas but I came across this chart that totally blew my mind. It’s created from a survey of almost 1,000 people working a side hustle and shows the most common part-time jobs reported.

There’s some really great information here and I think it’s going to help a lot of you find that side hustle that not only makes you money but that you can enjoy doing.

So I wanted to do this video, picking apart that chart, showing you the highest paying side hustles as well as the easiest to start. I’ll break these 22 side hustles into three categories; the best for making money, the ones you can start the fastest and then my favorite from the list.

Because…frankly, while I love the chart and think it has a lot of great information…it definitely needs explaining. I’ve been hustlin’ since 2012…and I know that sounds more than a little weird, but I’ve got a little experience. Some of the numbers here are way off. Some of the hustles aren’t even possible for everyone and some are going to take much longer to set up.

So talking through it, adding my first-hand experience and I guarantee you there will be something in here that can work for you to make more money.

Get Started on YOUR Side Hustle Today!

As a bonus, I’ve negotiated with Blue Host to help you launch your first website. With the link below, you’ll not only get your site online for less than $3 a month but I’ll personally set it up for you and help you get started. So look for that link below to see how you can get online and get started.

Put me on your team! Take advantage of this special offer and I’ll set up your website FREE!

How to Find the Best Side Hustle Jobs

Let’s get started here and first, the chart is a little confusing so I want to walk you through it before we break it down to the highest paying side hustles, the easiest and the ones I love. The chart is from a survey of 996 Americans and highlights the 22 most common side hustles reported.

We really don’t have an idea of how much you CAN make with this but it’s still a good comparison for finding the best paying side jobs.

That maximum monthly is interesting too but also a little misleading. This is just the highest income reported by a single person…so yeah, one person and we have no idea who this is or how much they worked.

The bottom section shows the median hourly rates reported, so again, half the respondents reported making more and half reported making less in each job. It’s a little more useful but again, lots we don’t know and I think many of these are way low compared to what you can actually make.

For example, they report bloggers, vloggers and podcasters make just $3 an hour and the max reported was $1,500 in a month. I’ve grown my blogs and YouTube business to average over $22,000 a month this year and even beginners can make $25 to $50 an hour.

So take the numbers with a grain of salt but it can still be a great tool for helping find a side hustle that works for you.

Let’s first look at the 10 highest paying side hustles reported on the list.

Based on hourly rates, that’s the left column down to ride-sharing and side hustles here that pay between $81 to $15 an hour. Now you can probably drop some of these off your list immediately. If you don’t have an extra bedroom, then you’re not going to be renting property and if you’re like me…you’re definitely not going to be repairing computers.

If you’re looking for the highest paying side hustles though, you’ll want to concentrate on the ones that create a business, the ones where you develop an online asset that can make passive income even if you stop working.

Here I’m talking about ecommerce or dropshipping, which says it only makes $15 an hour here but you can set it up, put it mostly on autopilot and be making thousands a month. Some of these can also be turned into product-type businesses, so instead of fitness coaching, you can create a video course or book that will continue to make money.

A lot of the jobs require one-on-one work and that’s always going to limit how much you can make but with one small change, you can double or triple these rates.

What I mean here is instead of doing one-on-one coaching is you can offer group coaching for three or four people at a time, either online or in-person. Maybe you drop the rate from $20 an hour to ten but with four students, you’re still collecting $40 an hour.

Easiest Side Hustles to Start

The problem with some of these side hustle ideas is, while they might pay well…they’re not so easy to start.

So let’s look at the easiest part-time jobs you can start and still make decent money.

Your list of easy might be a little different if you’ve already got experience in something like fitness or computers but the red-circled here, I tried to stick with the side hustle ideas that anyone could start and be making money within the week.

So you’ve got things like ridesharing and reselling things online, both really common part-time jobs that anyone can start. The problem with these easiest jobs is that most of them don’t pay much. You’re going to be making all of $3 an hour taking surveys or maybe $15 an hour on most. Also a lot of them are those labor-intensive jobs; stuff like housecleaning and walking dogs.

So I wanted to combine the lists and reveal my favorites for the best paying side hustles that anyone can start, the easiest to get started and make money.

I love the trend to dropshipping and ecommerce and we’ve talked about online businesses like Amazon FBA on the channel before. For less than a few grand in startup costs, you can have your own line of products; jeans, jewelry, exercise products, really anything you can imagine. You can set it up through Amazon and market through your own website. It’s a great side hustle or full-time business and you can make a hell of a lot more than $6,000 a month.

I also like this freelance or consulting here because everyone has something they can freelance. Whether it’s the job you do at your 9-to-5 or a hobby, you know more about a subject than the average person and you can make money on that.

Part of the reason I picked these four favorites is they can all be done online as well. You can go home after work, don’t have to worry about changing and driving to your side hustle. It’s all right there from home and you can make your own schedule.

Kind of like that freelancing idea, anyone can become a virtual assistant and most jobs include some on-the-job training to show you exactly what you need to do.

Of course, I couldn’t leave out blogging and vlogging here. I’ll pass half a million dollars on my blogging business this year and believe me, if I can do this, anyone can.

The highest-paying side hustles may not be what they seem. Just ranking part-time jobs by income doesn’t tell the entire story. Make sure you look closer to see which high-pay side hustle ideas are right for you and which take less time.

How to Survive Working from Home with Kids this Summer

Starting a Cupcake Business From Home