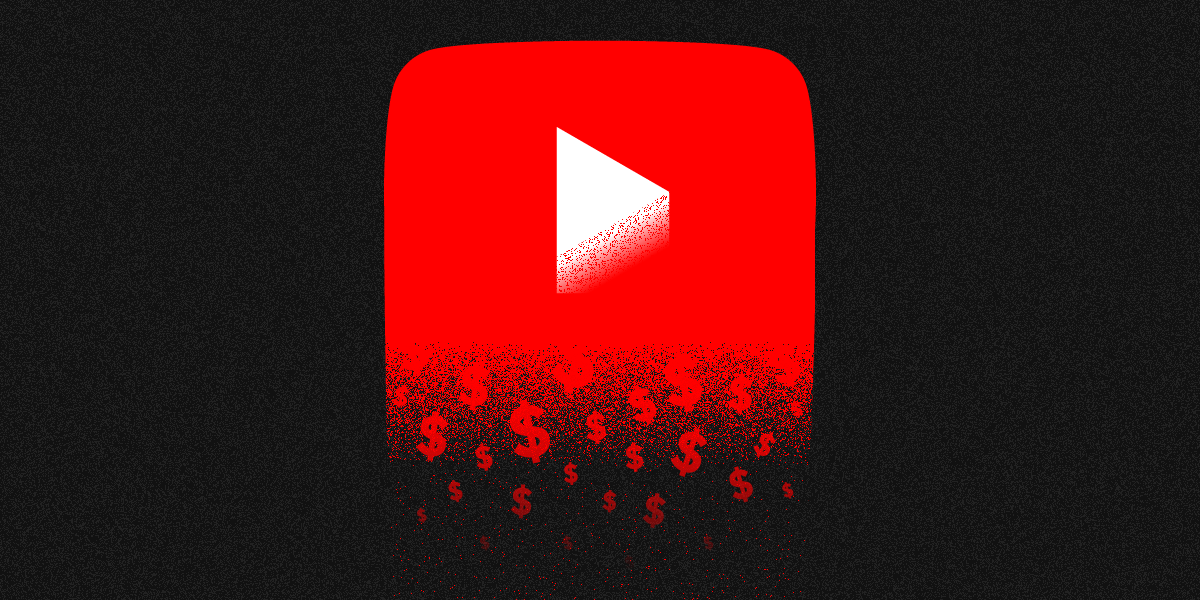 Growing a channel on YouTube can seem completely random and up to luck but there really is some sanity in the madness. Before I started consulting to help YouTubers grow their channels, I felt like there was no rhyme or reason to why one channel grew and another did not.

Sure, I had grown my channel to over 225,000 subscribers and was making $20,000+ a month but looking at other channels with great content but that just weren’t growing…it all felt totally random.

Then I started really digging into what other YouTubers were doing. I started doing channel reviews and content strategy and a light bulb went off. I started to see the same mistakes made by nearly every channel and these same mistakes were responsible for holding the YouTuber back.

After doing 50+ channel reviews as a part of my Crushing YouTube course, I can say without a doubt that these 10 mistakes are what keeps most YouTube channels from making real money.

Video Mistakes that Keep Your Channel from Growing

While there are plenty of mistakes YouTubers make on their channel or even off-platform, YouTube is a video-sharing platform so it makes sense that within the videos is where you’ll find the most mistakes for beginners.

YouTube Mistake #1: Videos are Too Short! YouTube and its parent company Google likes to make money. That shouldn’t come as a surprise but a lot of YouTubers don’t make it easy for the platform.

YouTube makes a lot of its money through the ads during your video, those mid-roll ads and overlays. The longer the video, the more ads it can fit and the more money it can make.

Now YouTube hasn’t said it favors longer videos…but you do the math. OK, don’t do the math but just look at the views on shorter versus longer videos. Except for music videos, those under 4-5 minutes rarely do very well. In fact, the sweet spot seems to be between 8 – 12 minutes for view count.

YouTube Mistake #2: Bad audio! Surprisingly, you can get away with less than perfect video quality in your videos…but a video with poor audio is wrecked! Besides the fact that a lot of people just listen to YouTube rather than watch, bad audio is an assault to our senses. The cracks and pops, the echoes – it makes it impossible to concentrate on what someone is saying.

Fortunately, it’s an easy fix. Just about any lav mic or shotgun mic will give you good quality audio. I used to use a $20 Boya lav mic but just recently switched to a Rode shotgun mic. It’s only a little more expensive (I think I paid $120) and gives you professional-level audio.

YouTube Mistake #3: No Graphics or Text in Videos! There are some lifestyle YouTubers that can get away with this, just talking to the camera for 10 minutes with no graphics or anything to break up the video. Most channels though need something to refocus viewer attention.

Think about it. How boring would your favorite TV show be if it was just one single scene and monologue for 30 minutes? Breaking it up means adding graphics, text and other interrupts on the screen. I try having one at least every 30 seconds or more.

YouTube Mistake #4: Not asking people to subscribe…at least twice! The average subscriber rate per number of views is around 1.3% for most channels I follow. That’s just 13 new subscribers for every 1,000 views.

I get more than double that on average, 2.8% subscriber rate, because I ASK PEOPLE TO SUBSCRIBE!

Thumbnails are a big area for improvement for new YouTube channels but just a few tweaks can really boost your views. When in doubt, check out what other channels are doing. Pay attention to structure, colors and formatting and pick out what you like.

YouTube Mistake #5: Too many words on thumbnail! The general rule is no more than five words on your thumbnail. There are exceptions but any more than this and it’s going to be tough for viewers to read the text on their smartphone anyway.

Of course, the goal is to be so good at creating a title and thumbnail that you don’t need any text…the perfect picture and title combination that creates a question in the viewers mind. Yeah, I’m not there yet either and usually use between 2-3 words on my thumbnails.

Mistake #5.5 – make it a point of checking your thumbnails at the same size as they appear on mobile, around 100 pixels wide. Can you read the text? Does the text color blend in with the background or stand out against it? Can you see the whites of your eyes? Is it too busy or too plain?

YouTube Mistake #6: Not saturating colors on thumbnail! When you’re talking about competing against 500 hours of video uploaded to YouTube every minute, every little change can help. Since thumbnails are so important to getting views, even the little changes here can help BIG!

Don’t just upload a screenshot of your video for the thumbnail. If nothing else, upload your shot into a graphic designer like Canva first and saturate the colors so they stand out more. You can also play around with the contrast or detail to make it really pop.

Channel Mistakes that Cost You Money

So you’ve got quality videos but that’s still not going to distinguish your channel from the 26+ million other channels on YouTube. To do that, you need to go further than just uploading videos.

YouTube Mistake #7: No tagline or branding on channel banner! Your channel banner is the first thing someone sees when they click over. This person is likely coming from one of your videos, liked the video and is interested in the channel…don’t waste that!

Spend some time to create a channel banner that really defines the channel and persuades people to join. Use a slogan or tagline to show what the channel means to viewers and the problem you solve. Tell people to subscribe and when they can expect new videos.

YouTube Mistake #8: Not branding background, channel or community! This one is a mix of channel and video mistakes. You’ve got people staring at you for hours a day. That’s a great opportunity to show them what your channel is about and persuade them to subscribe…and there’s an easier way to do it than through your content.

Use your video background to tell a story, to show the beliefs and values you care about. Share your story in the videos, crucial turning points of your life that developed those values. It’s called ‘branding’ – associating emotions, beliefs and values with your product or channel and it’s how you get people to subscribe.

Not a lot of viewers make it all the way to your About page but it’s one of the easiest ways to get your branding message across and a great way to attract sponsors. Spend some time here, using the entire word-count available, to describe the channel and community.

And the tenth mistake YouTube channels make that limits their growth…Not Stealing from other channels!

You can still grow a YouTube channel from scratch. Maybe it’s not as ‘easy’ as it used to be but people have been saying that since 2010. It’s never as easy to grow a channel as people would like but new YouTube stars are being created every day. Treat it like a business, avoid the most common mistakes and you WILL grow your channel.

Staking for Waves’ Neutrino Dollars Comes to the Ethereum Network