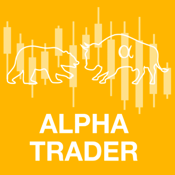 First up is DeMuth to talk about Special Purpose Acquisition Companies, otherwise known as SPACs or blank-check companies. SPACs have been around for some time, but in 2020 appear to be on their way to seriously challenging IPOs as the traditional way for firms to go public. That might be good news, thinks DeMuth, given the shortcomings of the IPO process.

That doesn’t mean DeMuth is a fan of all SPACs. In fact, he notes “brutal headwinds” faced by SPACs, and says the odds of a SPAC ultimately succeeding aren’t good. Having said that DeMuth says the selective investor can find big winners in the space. Key criteria: Size – they should be larger than the typical SPAC; they have experienced sponsors; they were brought public by a quality underwriter; they ultimately purchase well-known brands familiar to the investing public.

Up next is Alden Schwartzer, who currently is expecting a broad, but not particularly deep correction in the equity markets. Her outlook over the next few years, however, gets more interesting.

Turning to gold (XAUUSD:CUR), Alden Schwartzer has been a bull for awhile, and continues to be so. However, with gold flirting with its all-time high (as of the time of Friday’s recording; it pushed through that high on Monday), she wouldn’t be surprised by a bit of a pullback here. Longer-term the fundamentals point to gold to move to well over $2,000 per ounce in coming years.

Listen to or subscribe to Alpha Trader on these podcast platforms:

3 Tips For Creating Success By Being Authentically You

Knee-Jerk Reaction Has Created A Buying Opportunity For Microsoft