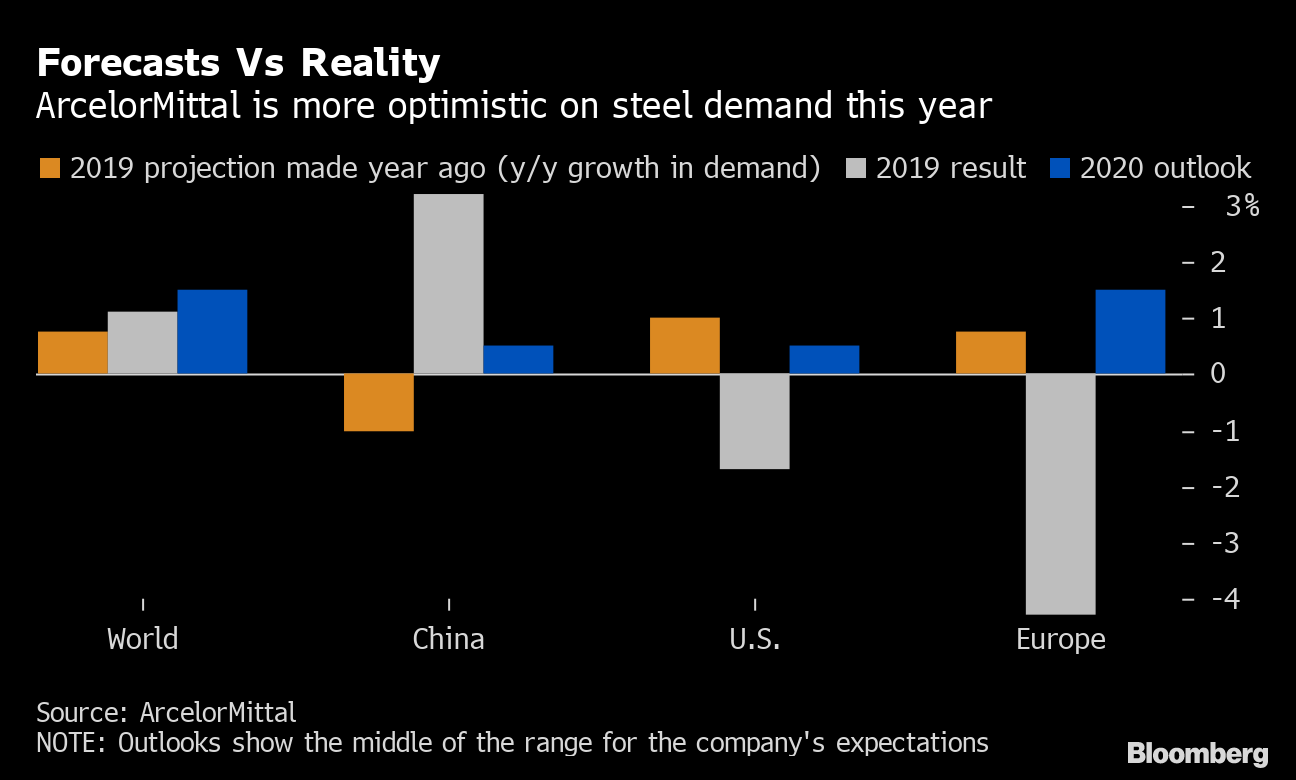 A laggard so far in 2020 and over the past year, ArcelorMittal (MT) has nevertheless shown some solid momentum since the company’s unexpected capital raise back in May. All in all, despite pretty undemanding valuations for most steel names, the sector still hasn’t followed the rally in shorter-cycle industrials as investors remain concerned about excess capacity and the likelihood of more sustained weakness in prices and margins.

Those concerns are valid, but also reflected in the price. What I think may not be so well-appreciated is the company’s opportunity for further self-help (including asset disposals), as well as the improved liquidity position and improved agreement on the Ilva business. While ArcelorMittal isn’t the best-run steel company (by a large margin), that’s not really an impediment in cyclical upturns, and I see this as a name worth considering if investors want to start positioning themselves for a cyclical upturn.

This was by no means a strong quarter for ArcelorMittal, but it was at least better than expected as management’s cost reduction and restructuring efforts produced larger than expected benefits. Revenue beat just slightly due to higher-than-expected shipments offsetting weaker-than-expected prices, but EBITDA came in almost 50% ahead of expectations, with every business unit contributing to the beat.

Revenue declined 43% yoy and 26% qoq, driven in large part by a 35% yoy and 24% qoq decline in steel shipments. EBITDA declined 55% yoy and 27% qoq, with margin staying pretty much stable sequentially in the low 6%’s. ArcelorMittal also reported a loss at the adjusted operating income line – the first such loss in over a decade (the last time was during the global financial crisis).

In the NAFTA business, revenue declined 45% yoy/36% qoq on a 30%/31% decline in shipment volume and weak pricing. Relative to Steel Dynamics (STLD), ArcelorMittal underperformed on both volumes and pricing, while EBITDA fell 85%/88%, driving margin to just over 1% and per-ton EBITDA to under $9 (versus $92 at STLD).

The Brazilian business saw revenue decline 44%/25%, with pretty equal pressure from both volume and pricing. That’s significantly worse than Gerdau‘s (GGB) performance – volume up 5% qoq on flat pricing – even when excluding the benefits of Gerdau’s exports from Brazil. EBITDA declined 46%/23%, with margin falling modestly from the year-ago period and rising slightly sequentially to just over 14%.

ArcelorMittal’s European operations reported revenue down 44%/24%, with the declines driven overwhelmingly by volumes (realized prices actually improved slightly on a sequential basis). EBITDA declined 65%/38%, with margin falling to just over 2%. While Arcelor is far and away the largest European producer, it looks as though the company curtailed production more than some of its rivals.

Is The Industry Ripe For A Turn?

Although ArcelorMittal management wouldn’t provide guidance for the third quarter, they did say that they were seeing improvements in all markets.

To be sure, the industry is starting off from a pretty low bar, with utilization over the last three months averaging around 57% in Europe and scarcely better in the United States. Generally speaking, it takes capacity utilization of at least 70% for there to be any real pricing power, and typically more on the order of 75% to 80% for good results.

A recovering auto industry will certainly help. The auto sector represents about 20% to 30% of steel demand in most geographical markets, and while auto production dove in the second quarter and will likely be down double digits in Q3, there should be sequential improvement and then growth again in 2021. As the producer of around 20% of the auto steel used around the world, that’s clearly relevant to ArcelorMittal.

Demand from “general manufacturing” should also pick up more significantly toward the close of 2020 and into 2021, and I expect non-residential construction to remain relatively healthy in 2020 before slowing in 2021 and 2022 (unless project pipelines start refilling very quickly). Oil/gas, aerospace, and energy are not likely to be strong drivers in 2021, but there could be some improvements in 2022 and beyond.

Can all of this drive a turn in the industry? We should be seeing the bottom in pricing, but so much depends on that very uncertain demand environment in 2021 and beyond. The industry seems to be acting generally more responsibly than in the past, even though there’s a fair bit of new hot-rolled capacity coming online in the U.S. over the next few years, and companies have gotten a lot more careful about margins and returns. I don’t expect a booming rebound – I think it will it take around five years for Steel Dynamics to reach new revenue highs (helped by a new plant), and it could take Arcelor more than a decade, but I do see business conditions improving.

Clearly, a lot of ArcelorMittal’s outlook rests on how aggressive management wants to be in trimming away less-profitable capacity. I expect that to drive a better level of FCF margins over the next decade, but I expect growth will still be in the very low single digits. In other words, there will be less revenue growth, but it will be more profitable revenue. One issue that does concern me a little, mostly from a perception/sentiment aspect, is that I worry that analysts and investors are overlooking the consequences of Arcelor management’s efforts to variablize its fixed costs – it will mean less profit leverage when the business turns.

Between discounted cash flow and ROE-driven price/book, I believe ArcelorMittal is still undervalued. The steel sector has yet to turn, but has delivered pretty strong trough-to-peak stock moves in the past. The real question is whether it’ll be different this time – I don’t believe that the steel industry is about to turn the corner into boom times, but I do think results will be significantly better in 2022-2025 than 2020 or 2021.

Again, this isn’t my favorite company in steel, and stocks like Steel Dynamics, POSCO (PKX), and Nucor (NUE) will pay you to wait, but lower-quality companies often outperform higher-quality companies in cyclical turns, and ArcelorMittal could have enough upside on that basis to be worth consideration, though the timing of any such turn is clearly an unknown.

New Relic: Lots Of Change In The Works, But Still A Deep Value Play

2 REITs That Could Triple In The Recovery

Outside the Box: Day trading stocks is a guaranteed slaughter. So why do it?