Precious metals are all the rage these days. Gold has moved to over $1800 in US dollars and new record highs in almost all other currencies. After trading below $12 in March and falling to an eleven-year low, silver made a new high for 2020 and was over $19.50 at the end of last week. The bull market in palladium took the price of the PGM from $451.50 in 2016 to just below the $2000 per ounce level on July 17. Meanwhile, platinum remains the dog of the sector, with the price below $850.

Platinum is the rarest of the precious metals that trade on the COMEX or NYMEX futures markets. It has the highest density and melting point. It has a long history as a financial and industrial metal. However, investors and traders continue to shun platinum as the price action has not kept pace with the other three precious metals.

Impala Platinum Holdings Limited (OTCQX:IMPUY) is a South African PGM mining company. While the shares have recovered from the low this March, they remain at a profoundly depressed level.

2020 has been a bullish year for three of the four precious metals that trade on the COMEX and NYMEX futures exchanges. 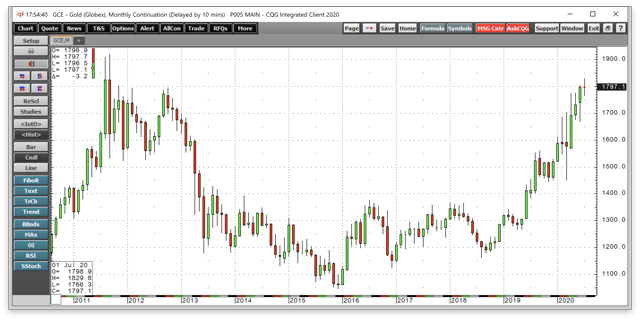 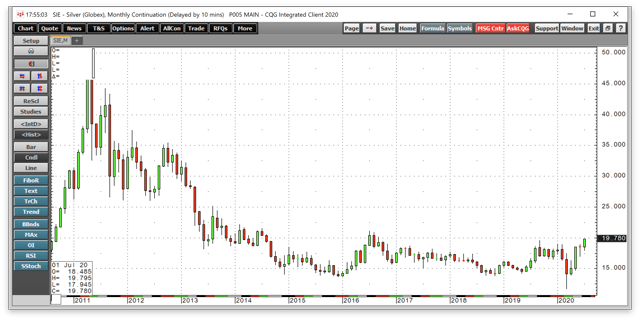 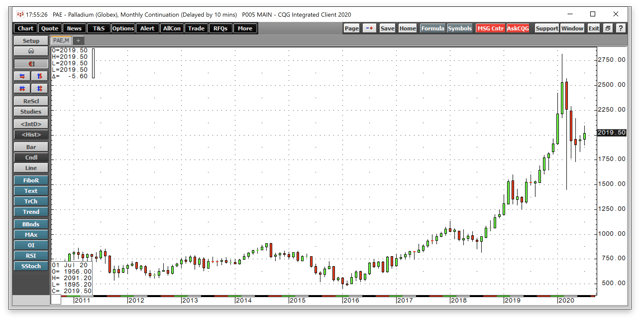 Platinum has not followed the other precious metals higher in 2020 or over the past years. 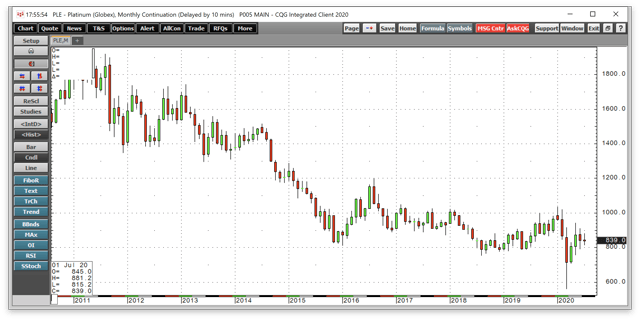 Precious metals have been all the rage, but platinum has been nothing more than dead money in the sector.

Impala Holdings Limited (OTCQX:IMPUY) is a South African platinum producer with mines in South Africa and Zimbabwe. The company employs just under 35,000 people. Impala also produces other PGMS, including palladium and rhodium, as well as nickel ores. The company also owns agricultural commodity production as well as other raw material products in Africa. 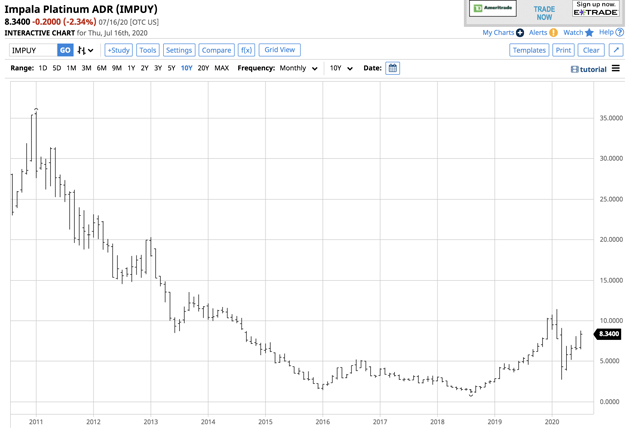 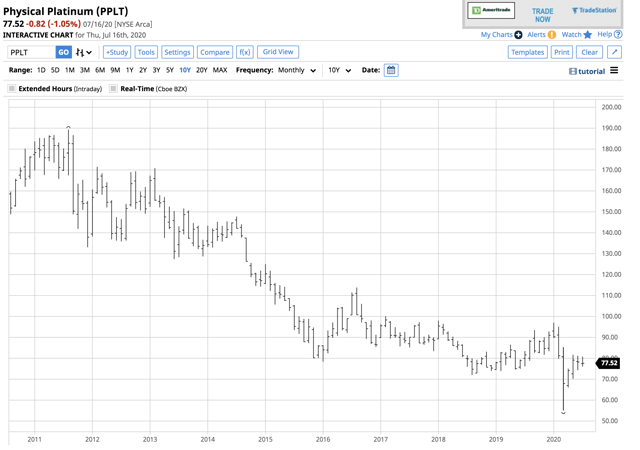 Mine closures and lower output in primary platinum mines

In May, Impala closed its Marula mine after uncovering 19 coronavirus cases. South African producers were closing mines long before the global pandemic. The low price of platinum has made mining a losing proposition. Many platinum mines are deep in the crust of the earth. The reason for the rally in rhodium, which is a byproduct of platinum production, is the decline in output of platinum ores.

Meanwhile, according to its website, the company has reserves of 21.2 million ounces of platinum. IMPUY has a market cap of $6.645 billion, trades 107,758 shares each day, and still pays shareholders a 1.65% dividend. When the stock market fell in March, the shares reached a low of $2.73. In 2018, the shares fell to an even lower low at $1.10, before recovering to a high of $17.43 in February 2020. IMPUY is a very volatile stock that tends to track the price of platinum.

Impala could be a hidden jewel at below $10 per share

Every dog has its day, which has to be the mantra for those holding platinum or IMPUY shares. While gold, silver, palladium, and even rhodium have posted precious returns, platinum and Impala have been posted losses in 2020.

I am a committed bull in platinum. While I continue to own the metal, I have avoided IMPUY shares. However, at below $10, the company with proven and probable reserves of over 21 million ounces of platinum could quickly come back to life when the metal decides to catch up with its precious cousins. There are other choices when it comes to platinum producers, and I always prefer the metal or ETF products. However, IMPUY has demonstrated a reasonable correlation with the price action in the platinum market.

When looking for bargains in the precious metals sector, IMPUY is an established company with lots of upside when the dog of the sector becomes an investor’s best friend once again. The problem with platinum and IMPUY is a lack of investor interest in the metal. A rally that takes the price above $1035, the January 2020 high, would break the pattern of lower highs and lower lows that has been in place since 2011. With gold and silver moving higher, and palladium at over $2000 per ounce, it may only be a matter of time before platinum wakes up from its bearish slumber. Mining shares tend to outperform metal prices when they rally, which could make IMPUY a raging buy at $8.34 per share on July 16.

The Hecht Commodity Report is one of the most comprehensive commodities reports available today from the #2 ranked author in both commodities and precious metals. My weekly report covers the market movements of 20 different commodities and provides bullish, bearish and neutral calls; directional trading recommendations, and actionable ideas for traders. I just reworked the report to make it very actionable!

Additional disclosure: The author always has positions in commodities markets in futures, options, ETF/ETN products, and commodity equities. These long and short positions tend to change on an intraday basis.

The author is long patinum.

Editor’s Note: This article discusses one or more securities that do not trade on a major U.S. exchange. Please be aware of the risks associated with these stocks.

The Impact Of Carbon Risk On Stock Returns

BBN: Keep An Eye On The Rising Price

Broadmark Realty: If There’s A Crisis, It Won’t Be A Housing Crisis