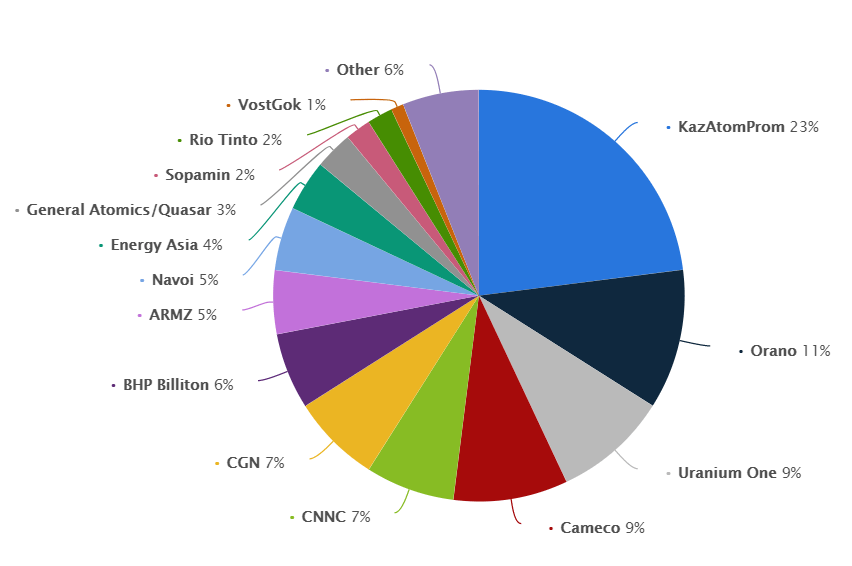 Cameco Corporation (NYSE:CCJ) is well positioned to benefit from rising uranium prices. The producer has some of the best production assets in the industry and ample proven reserves. Sustained low uranium prices have forced Cameco to shutter several production sites in recent years. The company is betting on Chinese demand for nuclear reactor construction to drive up uranium prices; however, there is significant uncertainty on the supply side of the pricing equation. Shares of Cameco offer upside potential; however, the company could also be highly volatile due to heightened global supply and demand uncertainty.

Cameco is a pure-play uranium producer headquartered in Saskatchewan, Canada. Founded in 1987, Cameco is one of the largest producers of uranium in the world and owns some of the highest quality uranium reserves. Trading on the NYSE as “CCJ” and on The TSX as “CCO”, Cameco has a market capitalization of approximately C$5.5B. The company operated in two segments, Uranium and Fuel Services. The Uranium business includes exploration, production, and marketing of uranium. The Fuel Services segment engages in refining and production of uranium concentrate powder (yellowcake). Cameco accounts for approximately 9% of global uranium production, making it the fourth-largest producer globally. 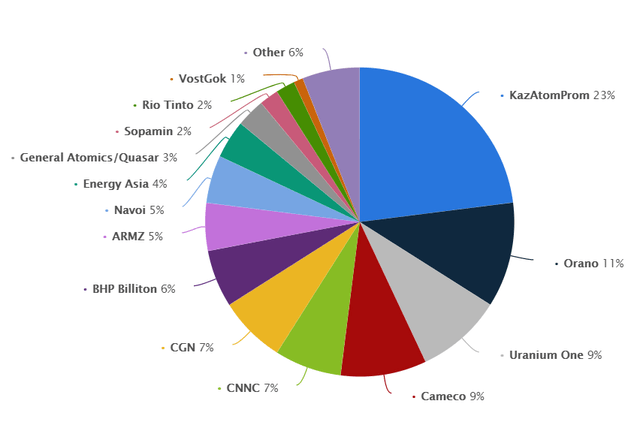 Cameco’s two principal production sites are Cigar Lake in Saskatchewan, Canada and Inkai, in Kazakhstan. Cigar Lake is a joint venture between Cameco (50.025%), Areva (37.1%), Idemitsu Canada Resources (7.875%), and TEPCO Resources (5%). It is the second-largest high-grade uranium deposit in the world and boasts uranium grades that are 100X the global average. Inkai is a 40/60 joint venture between Cameco and Kazatomprom, which is majority-owned by the Kazakh government. Inkai is a low cost mine with lower-grade uranium. Cameco’s share of annual production from both Cigar Lake and Inkai is similar at 9M and 8.2M lbs respectively. 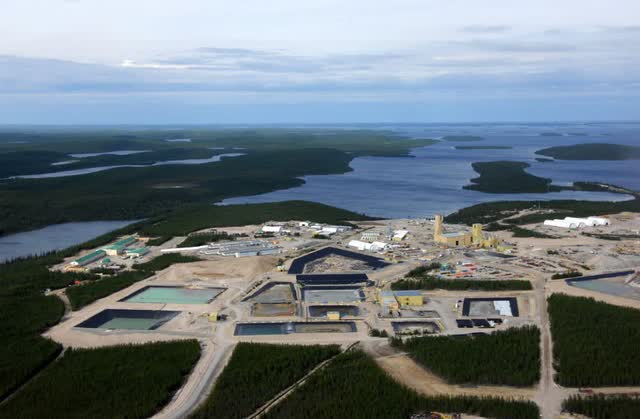 Both these production operations have been materially impacted by COVID-19. The supply interruption caused by these facility suspensions has contributed to rising uranium prices in recent months. The restart of the Cigar Lake site is scheduled for September and will take approximately 2 weeks for production to commence. The company is anticipating production for the year to be approximately 5.3M lbs; down from 9M, lbs in 2019. The restart schedule at Inkai is more uncertain. Kazatomprom had extended the three-month shutdown of all mines in Kazakhstan until at least August. Recent news from Kazatomprom has indicated that the company plans to return to normal staffing levels by the end of the August, however, recent COVID-19 outbreaks in Kazakhstan add uncertainty to this timeline. Production interruptions over the last quarter led to Q2 2020 losses of C$53M versus losses of C$23M in the same quarter of 2019. 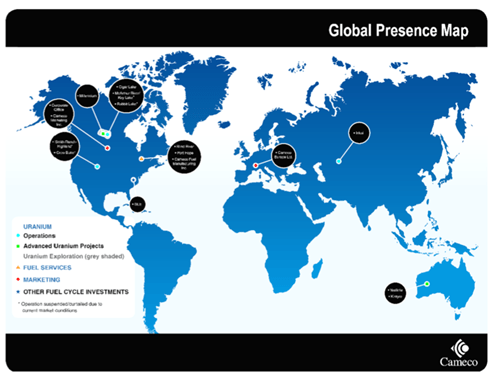 Located near the Cigar Lake mine, McArthur River/Key Lake is the world’s largest high-grade uranium mine. Cameco owns a 69.8% share of the 273.6M lbs of proven and probable reserve here. This site along with several other mines have seen operations suspended in recent years due to weak uranium prices. Cameco owns a massive portfolio of reserve assets that can be activated for production should uranium prices strengthen. In the current demand and pricing environment, many of these properties remain uneconomic. Even while current production facilities have been suspended due to low prices, Cameco has pursued future growth projects in Australia and Canada. The most advanced of these growth projects are Yeelirrie and Kintyre in Australia and the Millennium site in the Athabasca Basin of Saskatchewan. Cameco is banking on decades of future demand growth and is positioning the company to gain market share should the economics of these projects improve. 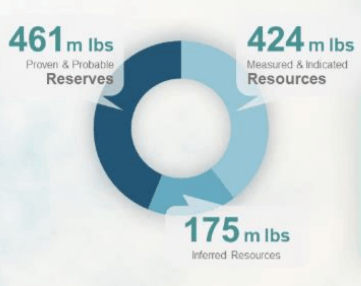 Following the Fukushima disaster in 2011, nuclear energy production flat lined. Some planned facilities were shelved indefinitely and other existing reactors were shut down. In Japan, following the disaster, all but two of the country’s 35 reactors were taken offline. As of 2019, nine reactors were operating, six had received initial approval and 20 were either under review or had yet to file an application for restart. The average reactor has required nearly four years to fully restart following a shutdown. This lengthy and uncertain process to restart the world’s third-largest nuclear reactor fleet creates significant uncertainty for future uranium demand.

Outside of Japan, the mood has soured on nuclear energy in other jurisdictions as well. In Germany, the country is planning to shutter all 17 of its reactors and phase out all of its nuclear capacity by 2022. Switzerland held a referendum in 2017 that resulted in the decision to phase out the country’s five reactors. Similarly, Belgium has passed legislation with plans to phase out its seven reactors from 2022-2025. Even France, Europe’s largest nuclear power generator has made plans to reduce the share of nuclear energy from 75% to 50%. 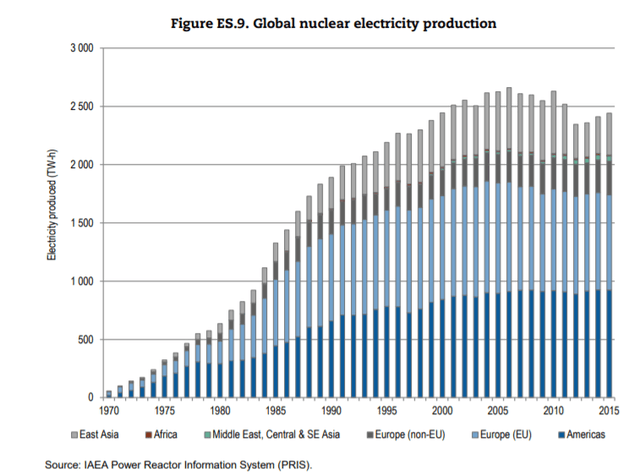 While western nations (with few exceptions) have cooled their enthusiasm on nuclear energy, China, India, and other Asian nations are moving ahead with new reactor construction. Worldwide, there are 48 new reactors currently under development. The lion’s share of new uranium demand will come from developing nations looking to meet growing electrical generation needs.

Kristoffer Inton, an Analyst with Morningstar is forecasting global uranium demand to grow roughly 40% by 2025. This would be a dramatic change for a commodity that has seen next to no demand growth for a decade. This demand growth is expected to be largely driven by reactor capacity expansion in China. China, currently, has 48 operational reactors, with 11 more under construction and plans for a further 42. In 2019, the country’s nuclear electricity generation rose by 18.1% from the previous year to 348.13 TWh.

As China develops new reactors, it has developed a national policy to secure a supply of uranium. China plans to produce one-third of its required supply domestically, obtain one third from Chinese-owned foreign mined and one-third on the open market. With China interested in obtaining one-third of its supply from companies with Chinese ownership, Cameco could be considered as a potential target for future joint ventures or other forms of ownership.

Uranium prices like other commodities can be highly volatile. Uranium spot prices spiked 35% from February to April 2020 as COVID-19 caused supply disruptions with Cameco and Kazakhstan’s Kazatomprom. Over the long term, however, pricing has been trending downward since prices spiked in 2007. Long-term pricing contracts have transacted at higher prices than average spot pricing. With prices in near-consistent decline from 2011, there has been little appetite for investment in new production projects. This lack of investment could result in supply shortages in the coming years, which would positively affect spot pricing. 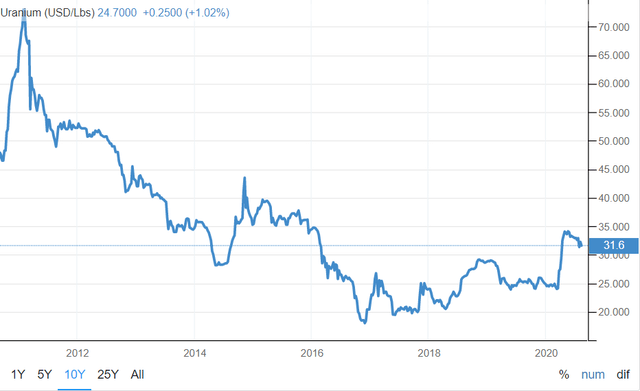 As a pure-play bet on uranium, Cameco is not without risks. The company’s future profitability and growth rely on the strengthening of uranium prices. While the last few months have seen increases, prices are still low in the commodity cycle and would need sustained improvements to make expansion projects economical.

Uranium prices are driven by global supply, which can be difficult to fully ascertain. Much of the world’s production is controlled by state-owned entities with less than transparent inventory reports. The risk of supply overages is material with the potential for Kazakh producers to strengthen production more than expected.

There is also a price risk on the demand side. China is the primary force for nuclear reactor development today as the country seeks to secure long-term sustainable energy sources. If China’s economic growth forecast does not materialize, the country may defer construction of some planned reactor sites. Likewise, if the economics improve for other energy sources, nuclear development may not be as attractive relative to alternative energy sources.

Another nuclear disaster like the Fukushima reactor could further sour the public attitude towards nuclear energy. Public perception and government policy in the western world has not yet recovered from the 2011 disaster in Japan. In 2016, the government of Japan increased the cleanup cost estimate for the Fukushima nuclear accident to about USD$75.7B. TEPCO, the operator of the plant expects the cleanup will take 30-40 years. Nuclear energy is not viewed as a clean renewable energy, leaving nuclear energy projects out of many long-term national energy plans. Regulators could increase the costs of operating nuclear energy by seeking to add safety precautions to prevent future accidents or external events. Additional regulation would result in higher energy generation costs, further diminishing the relative advantages of nuclear power. 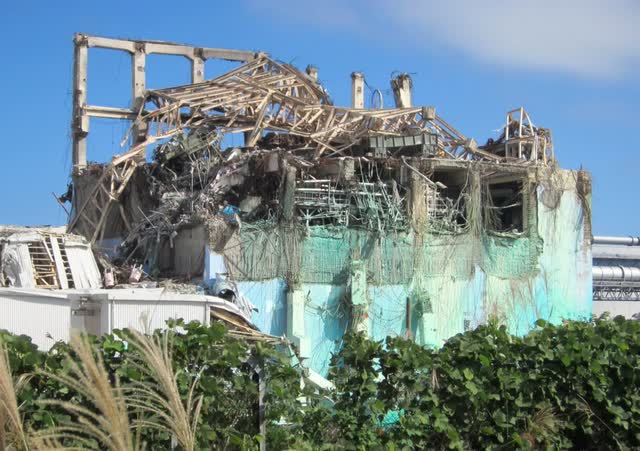 Despite a highly uncertain macroeconomic environment, Cameco is well positioned for turbulence. The company has strong liquidity with C$878M in cash and C$1B in an undrawn credit facility. A recent court ruling in the company’s favour has also been welcome financial news. A tax dispute concerning taxes owing from 2003-2006 will result in Cameco being awarded C$10.25M for legal costs incurred and up to C$17.9M in disbursements.

Cameco has some of the highest quality uranium reserves in the world. The company has decades of reserves and a pipeline of projects to grow production if uranium prices recover. Cameco is not profitable in the current uranium-pricing environment and needs higher prices to restart production at some sites. Uranium demand should grow based on Chinese plans to expand the country’s reactor fleet. Uncertain uranium supply impacted by COVID-19 production suspension adds uncertainty to the pricing environment. It hasn’t been a fun decade to be an investor in the uranium business, however, Cameco is a high risk – high reward business for investors who are bullish on uranium prices.

Toyota: Standing Pat Until Coil Plays Itself Out