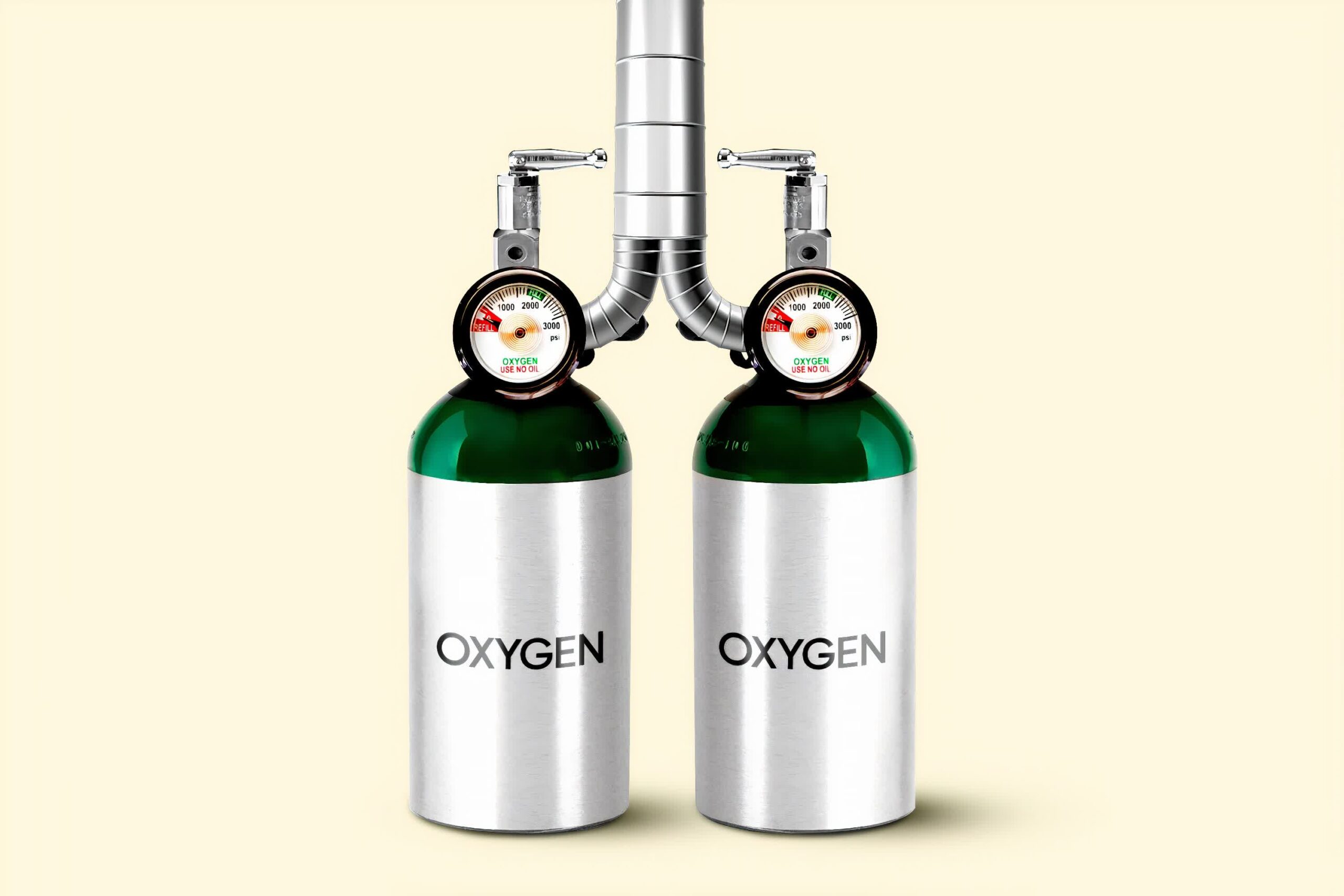 Chart Industries, Inc. (GTLS) has an exemplary, sector-leading Quant Rating underpinned by strong growth potential, high profitability, resilient momentum, and a few up EPS revisions. Unfortunately, GTLS does not pay a dividend despite copious FCF. The most obvious explanation here is that the company prefers to retain FCF to fortify the balance sheet in order to secure financing of asset expansion in the future (and, hence, growth) and avoid too-bloated leverage, which is already a bit inflated because of acquisitions in the late-2010s. 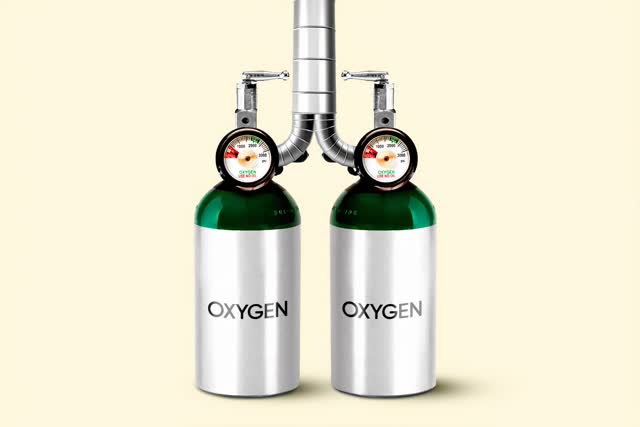 At the moment, Chart Industries has an A Growth Grade that most industrial companies can only dream of. The key drivers of the almost flawless GG are the YoY total revenue growth of 14.7% coupled with the Forward revenue growth of 8.4%. The company has also excelled in generating income, as its earnings before interest, tax, and D&A jumped almost 32% YoY; moreover, it is forecast to grow in single-digits this year despite clobbered economic activity in the world (and thanks to the nascent recovery).

Unfortunately, its expansion story was inconsistent in the past. GTLS rode a bumpy rollercoaster in the 2010s, as it faced a dramatic revenue slump in 2014-2016 when its total sales had been incessantly falling before a sharp rebound in 2017. The principal culprit of a terrific 57.5% decrease in the Energy & Chemicals segment’s 4Q16 revenue (and 17.4% decline in the 2016 total revenue) was the oil price slump, as capex reduction trend precipitated a postponement of capital projects in the energy end-market (the same trend is observable in 2020). So, this explains the difference between 3-year and 5-year revenue Compound Annual Growth Rates: a 5-year revenue CAGR stands at only 3.24%, while a 3-year CAGR that reflects a momentous recovery is over 19%.

Sure, in the late 2010s, sales growth was propelled not only by the recuperation of the demand for regasification terminals and LNG fueling stations but also by acquisitions (and affected by a divestiture). Chart Industries implemented a perfectly calibrated inorganic growth strategy that helped it to reverse the revenue decline trend and win investor trust back. After it completed the VRV acquisition in 2018, its consolidated revenue rose to $1.08 billion vs. $842.9 million in 2017. In 2019, its growth was energized by the acquisition of Harsco Corporation’s (HSC) Industrial Air-X-Changers business. The 2019 consolidated revenue surged by almost 20%. In 2017-2018, GTLS also completed acquisitions of VCT Vogel and Skaff Cryogenics.

The last three years of Chart’s financial performance are exemplary, but what about the short- and medium-term? We all perfectly know that global GDP is due to a plunge in 2020; for instance, the International Monetary Fund expects a 4.9% decline. The oil price slump spawned detrimental effects, as it led to a postponement of a few LNG projects (take a look at Flex LNG’s (FLNG) presentation for more details); however, it did not undermine long-term prospects of the LNG market that I discussed in the note on FLNG.

Though the economic outlook is clouded, Wall Street expects a 2.3% top-line improvement (~4% in 2021) and around 26.3% EPS growth for 2020, despite forecasted revenue contraction in Q3. As some certainty emerged in the economy, the company itself updated its 2020 revenue and profit models and informed investors that in the bearish case, the sales would be almost flat; in the bullish scenario, they can rise by almost 7.8% to $1.4 billion. As Chart clarified, this guidance factors in a $46 million in revenue from Venture Global Calcasieu Pass that has been developing an export facility in Cameron Parish, Louisiana, the project located on the Calcasieu Ship Channel.

One of the stimuli that made the company present upbeat guidance is a growing order book, as June was the strongest month regarding order intake; the Q2 total orders rose to $267.6 million. Among the new orders was one from a US utility company. Demand for HLNG vehicle tanks for over the road trucking sharply rebounded after hibernation amid the lockdowns; besides, demand for LNG fueling stations in Eastern Hemisphere was pronouncedly strong – 22 orders were booked, the highest result in the company’s history. Next, some of its end-markets like food & beverage were almost immune to the detrimental effects of the economic crisis, while medical even reaped benefits from surged demand from oxygen-related equipment amid the pandemic.

Finally, it is worth mentioning that Chart’s exposure to hydrogen (with its vast portfolio of different equipment from heat exchangers and cold boxes used in the purification process to fueling systems for aerospace) will likely be one of the key stimuli of the long-term growth. Among the recent developments underpinning bullish future for the gas has been the announcement of A Hydrogen Strategy of the European Union this July; this illustrates that investments start gaining momentum. The company itself also sees hydrogen as one of the potent drivers of future revenue growth (see slide 6). As the CEO clarified during the earnings call,

While not as mature as LNG in the evolution of cost and infrastructure, the increased scale and global nature of hydrogen is ramping up far faster than LNG did previously and has expanded to nearly every geography around the globe, which in turn, increases infrastructure and connectivity similar to the LNG infrastructure build-out.

It is worth mentioning here that in the second quarter, the number of its confidential (I would not speculate on who its customers might be) pilot hydrogen projects rose to eight vs. four in Q1.

Chart Industries has a B- Profitability Grade, as its EBIT and EBITDA margins are substantially above the Industrials sector median and much higher than the company’s 5-year average. There are two corollaries here. First, as since 2017, its revenue has surged, thus the coverage of fixed costs improved drastically. Hence, Chart became more profitable and attractive to investors. Next, the acquisitions of the late-10s likely allowed it to realize some cost synergies, and, as a consequence, to improve margins. On a side note, GTLS has robust GAAP earnings quality, as 2019 and LTM Organic FCF/Net income amounted to 211% and 289%, respectively. Nevertheless, having copious FCF, GTLS does not pay a dividend, because, as I said above, it likely prioritizes the robustness of the balance sheet.

The company presented its Q2 results on July 23. It beat the Wall Street consensus EPS estimate by a solid margin (~52.7%), while revenue also topped analysts’ expectations. That looks especially inspiring, considering that GTLS had been unable to live up to pundits’ expectations on revenue for five consecutive quarters (unfortunately, the Street was too optimistic regarding 2019 growth). Impressive net income and a ~$18 million inflow from receivables bolstered GTLS’ H1 2020 cash flow and also helped to deliver organic FCF of ~$59 million.

Demand for oxygen (and, consequently, related equipment) amid the coronavirus pandemic has been a strong catalyst for GTLS, which spurred momentum. Its case is certainly not unique: in the wake of a surged demand for the drastically needed gas for the ICU units, other industrial gases names (and Chart Industries’ customers) Air Products and Chemicals (APD) and Linde (LND) have enjoyed a sharp increase in the market value of equity and easily outperformed the S&P 500 this year (for now). Anyway, despite a sharp rebound, GTLS has not fully recovered after the March sell-off yet.

But it goes without saying that the demand for medical oxygen will hit a plateau and then edge lower at some point, and these stocks will not shine ad infinitum. Successful vaccine development is an obvious downside catalyst. So, investors should act with caution and keep it in mind.

Finally, in the last three months, the Wall Street pundits made 11 up EPS revisions for the next quarter, which clearly indicates one thing: as the LNG equipment orders rebounded, the outlook brightened.

Valuation: clearly not a bargain for the reason

GTLS’ Achilles’ heel is its valuation. The stock has a C Value Grade, which means there is likely no value opportunity here. However, given that Chart Industries will likely outperform the sector regarding 2020 growth, the slightly inflated EV/EBITDA multiple of ~13.8x looks justified.

One of the risks: the debt

One of the risks I would like to discuss briefly is Chart’s debt load. Though its inorganic growth strategy did not result in the spiraling debt and triple-digit Debt/Equity, its borrowings on the balance sheet still edged higher. At the moment, Net debt/Net CFFO stands at ~2.9x, which is acceptable, but I would like to see it creeping lower to ~2x in the early 2020s.

Chart Industries implemented a highly lucrative inorganic growth strategy in the late-2010s. It is one of few industrial companies that will likely report revenue improvement in 2020 despite the economic recession, thanks to its exposure to the non-cyclical food & beverage market and medical industry. At the same time, in the long term, Chart will likely benefit from the clean energy trends and demand for capital equipment from the hydrogen industry. So, I reckon GTLS is a stock worth considering for long-term investors.