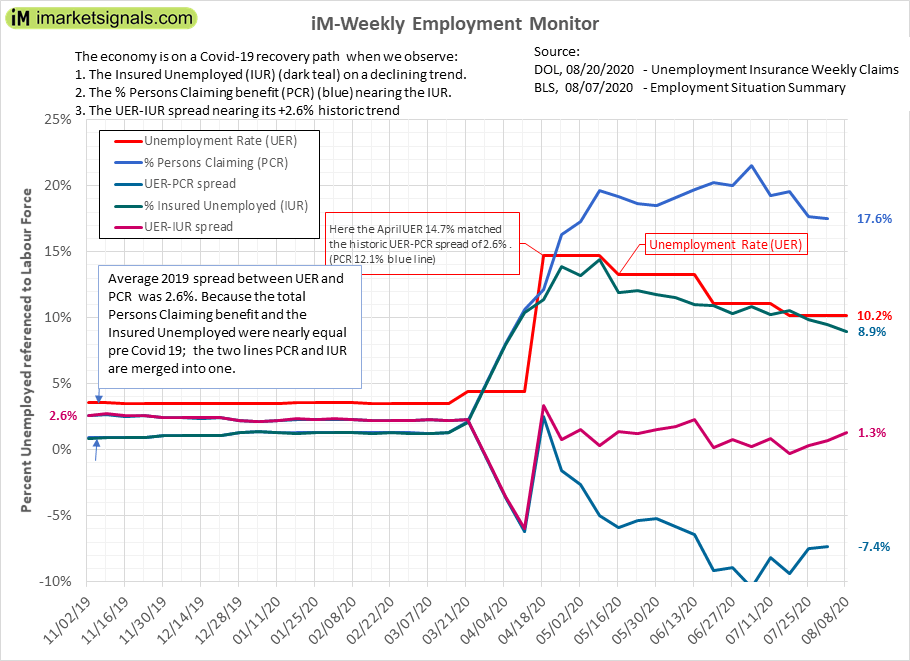 Also, the total persons claiming some form of UI benefit as of July 25 are reported by the DOI as 28,059,349, a decrease of 197,601 from last week’s upward revised figure. These figures signal that there is no significant improvement in job losses, or return to work numbers due to easing of the Covid-19 recession.

In the current Covid-19 situation, we believe that the only meaningful figures from DOL’s weekly report are: 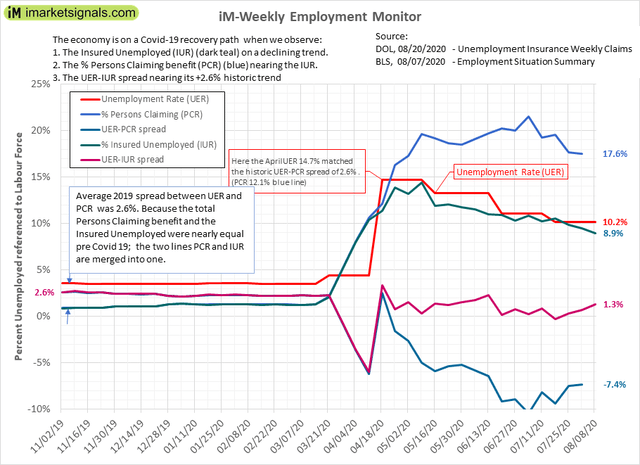 In the figure above we graph the following:

A recovery would be indicated by the following:

The Rise of Trading Products: Granting Sophisticated Access to Crypto