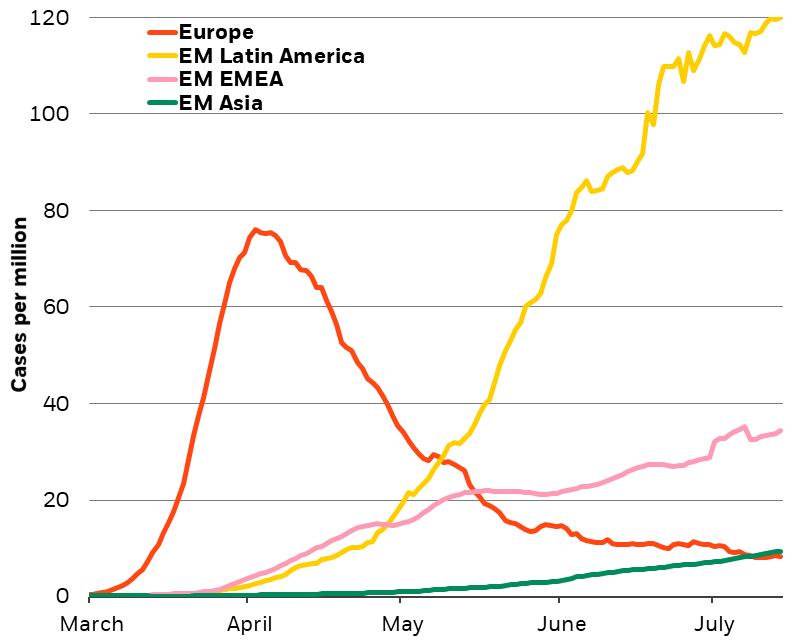 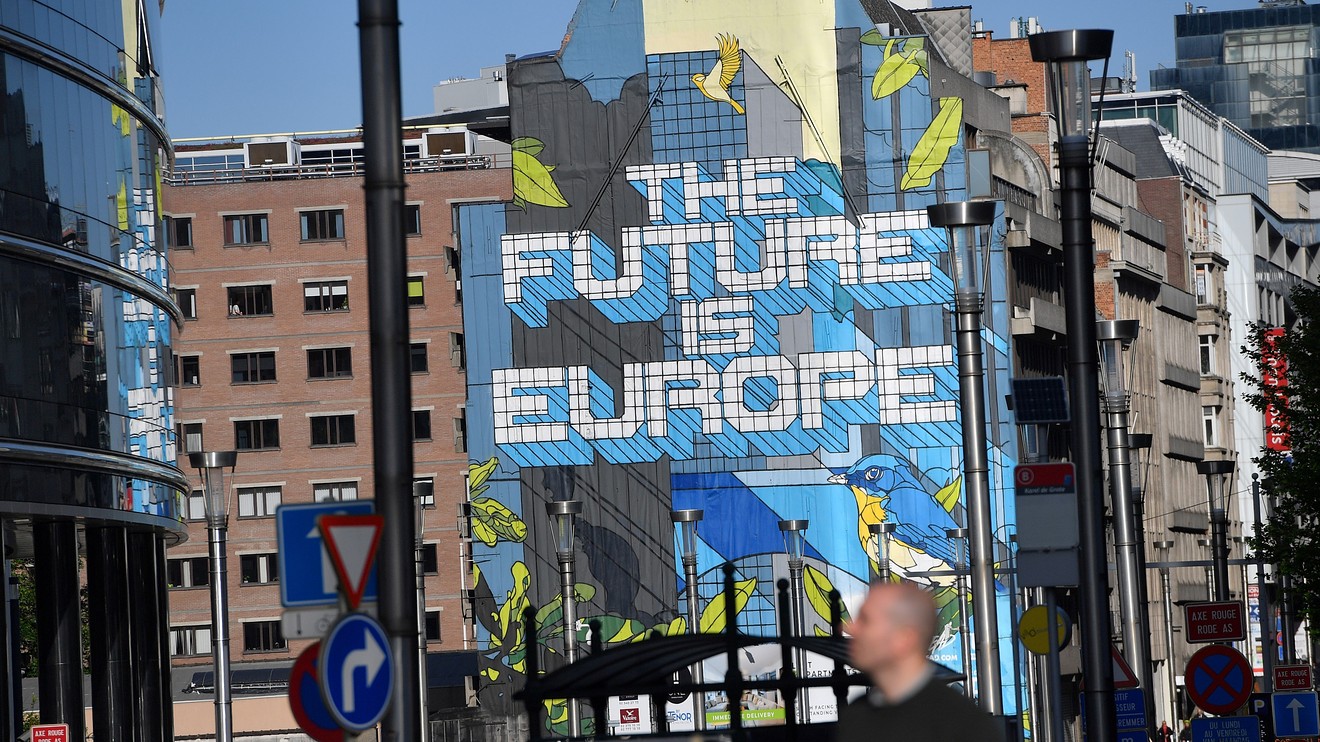 It is set to be a subdued start to a bumper week of earnings.

U.S. stock futures edged lower at the start of a week, which will see a number of big names report results, including Tesla TSLA, +0.01%, Microsoft MSFT, -0.51% and United Airlines UAL, -1.65%. The race for a coronavirus vaccine has been once again thrown into focus with trial results for the University of Oxford and AstraZeneca’s AZN, +3.84% effort due to be published later in the day.

But regardless of the update, an effective vaccine available to the masses is still some way off and coronavirus cases continue to rise across the world, leaving investors to monitor the global recovery.

In our call of the day, BlackRock said Europe has a “leg up” over other regions, including the U.S. and emerging markets, as the global restart gathers pace.

BlackRock Investment Institute remained neutral on U.S. equities, citing “the risk of fading fiscal stimulus and election uncertainty,” and overweight on European stocks after upgrading the region in its midyear outlook.

It said European stocks offered the “most attractive regional exposure” to a varying global reopening. A growth pickup would typically benefit emerging markets, it said, but in this instance Europe’s robust health infrastructure and policy response left it better placed.

New cases in Europe, which was once the epicenter of the virus, have gradually reduced from a peak in April, while infections in Latin America have risen, as shown in the chart below.

“Importantly, the monetary and fiscal support to cushion the virus shock is stronger in Europe than in EM countries and Japan — and there is space and appetite for additional stimulus,” Pyle added.

Technology-focused Asian countries were showing early signs of a pickup in trade and could also benefit, he added.

After climbing 2.3% last week in a third consecutive week of gains, the Dow Jones Industrial DJIA, -0.23% Average was set to open lower on Monday, as Dow futures YM00, -0.07% were 0.1% down. S&P 500 futures ES00, -0.12% were 0.2% lower, while Nasdaq futures NQ00, +0.27% were 0.1% higher. European stocks were mixed on Monday, as European Union leaders remained deadlocked in negotiations over the size of the bloc’s coronavirus recovery plan. The euro EURUSD, +0.26% rose to four-month highs as investors expected the EU’s 27 countries to come to an agreement. Asian markets were also mostly lower overnight.

The University of Oxford and British drugmaker AstraZeneca are expected to publish trial results for their potential coronavirus vaccine on Monday.

GlaxoSmithKline announced it was taking a stake in German vaccines maker CureVac in the latest move by a drugmaker to boost capabilities to fight pandemics.

The U.K. government said it has secured early access to 90 million doses of two possible vaccines being developed by Germany’s BioNTech BNTX, +12.36% and U.S. drugmaker Pfizer PFE, +1.82%, as well as one by French group Valneva VLA, +9.60%.

Entertainment company Disney DIS, -0.65% has slashed its advertising spending on Facebook FB, +0.45%, The Wall Street Journal reported, as the tech giant faces a boycott from companies over its handling of hate speech and divisive content.

Confirmed global coronavirus deaths passed 600,000 on Sunday, according to data from Johns Hopkins University, while the World Health Organization reported the highest daily new case tally of 259,848 on Saturday.

French car manufacturer Renault RNO, +1.64% said global sales fell in the first half of the year but reported a recovery in June. It sold 1.26 million vehicles in the first six months of 2020, compared with 1.93 million the previous year.

Powerful Momentum Is Still Evident In The Foreign Exchange Market

Holly Energy Partners: The 10% Yield Is Safe, But The Old 20% Yield May Never Return

US Dollar Slides Ahead of Fed Chair Comments While Equities Weigh Growth...