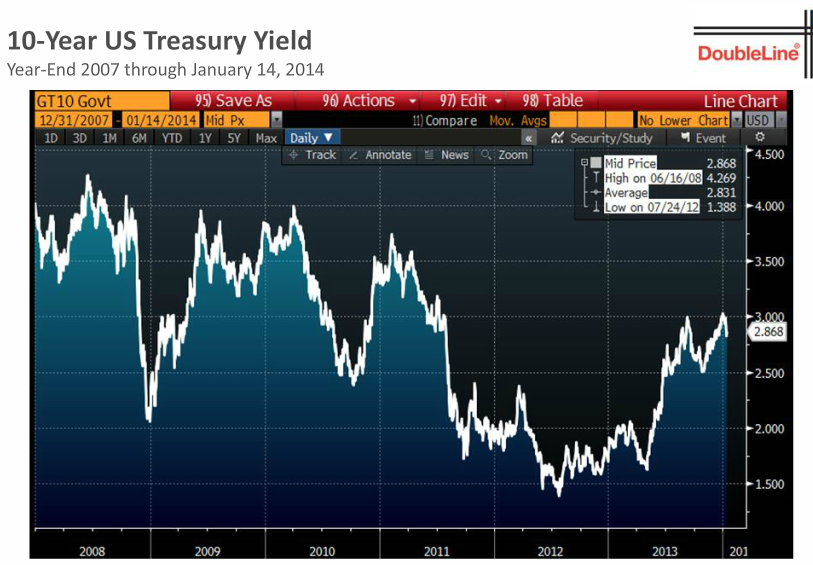 I recently wrote about the massive outperformance of mega-cap tech and the broader Growth index as investors have piled into the only area of the stock market where earnings growth has been largely unaffected by COVID-19. In a world where economic growth is absent and in-person interaction is severely limited, it has become increasingly difficult to find stocks with attractive growth profiles, which, via the process of elimination, has led to everyone closing their eyes and buying FAANG+.

However, these stocks aren’t the only beneficiaries of the current market zeitgeist. Gold has also benefited — in fact, more money went into the S&P Gold ETF than any other exchange traded fund last quarter.

However, what’s really interesting about the chart above is that it’s littered with… credit funds. In a quarter where the S&P rallied 26% vast sums of money went into gold & credit instead of equity. That’s unusual to say the least, which leads us to the ultimate pain trade: a long term bond selloff.

Ever since the Fed announced that they would start buying fixed income ETFs for the first time in history, investors have poured money into credit funds as they attempt to front run the most powerful buyer on earth. This is one of the reasons bond yields have remained stubbornly low while equities staged one of the fastest rebounds in history.

Of course, they (central banks) have “administered” bond yields for years. There’s no such thing as a “bond vigilante” in a world where the divinities with control of the printing presses are committed to buying government debt in unlimited quantities.

If the Fed adopts yield-curve control, US bond yields will just be another policy variable. As things stand now, the Fed has no need to make it official. Rates are content to exist in a narrow range, with 10s, 2s, and, by extension, the 2s10s, moving sideways in a listless drift – a raft in calm waters. 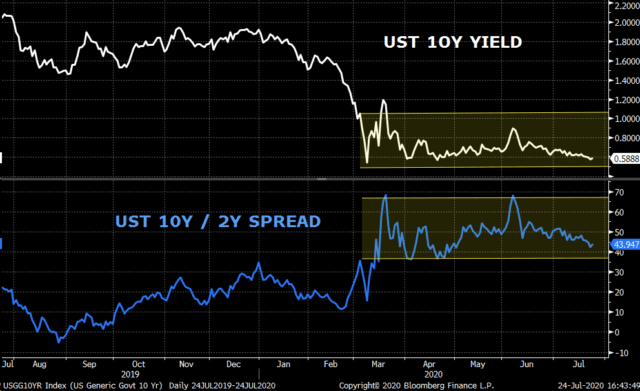 The theme of the volatility-devoid-range in 10-year yields has been nothing if not pervasive over the past several weeks as the hopes of a breakout in the wake of the June NFP read withered as rates quickly re-traced into the prevailing zone.

Concerns about the US economy have contributed to nominal yields’ inability to take off in earnest, even as breakevens have drifted higher. The attendant bull flattening grind favors secular growth and other equities expressions tethered to the duration infatuation in rates at the expense of cyclicals/value (bottom pane), while the ongoing collapse in real yields pushes gold higher (top pane). 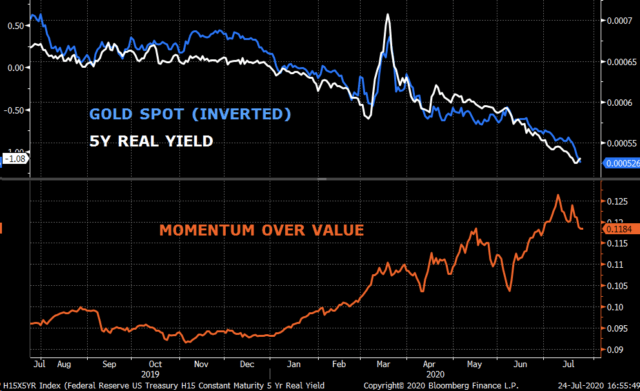 However, according to Nomura, things could get interesting in September…

Why not August? Well, given the recent pause in the re-opening push across states representing more than 75% of the US population, the Fed is likely to attempt a “dovish overshoot” at next week’s meeting. Any explicit forward guidance would perpetuate the “ZIRP in perpetuity” message, which would be soul-crushing for traders, who have been beaten into submission as rates vol. is smothered under a lackadaisical bull flattener (US 10Y Treasury is being bought harder than the front end or shorter term Treasuries, which flattens the yield curve).

August is also seasonally positive for UST and illiquidity in August means the chances of fireworks in equities are greater, which in turn has the potential to catalyze outsized risk-off flows into Treasuries. We saw this last year, when convexity flows contributed to an already bullish backdrop for bonds (as escalations on the trade front catalyzed a growth scare and inverted the 2s10s), and there’s plenty to be concerned about geopolitically over the next few weeks.

The key window then for a UST bond selloff becomes September (and Q4 thereafter), with a powerful ‘issuance impulse’ likely to tilt the supply/demand dynamic finally in favor of tactical ‘bears’ when traders return following the Labor Day holiday.

Remember, last September featured an early-month bond rout as yields snapped back higher, triggering one of the most violent factor rotations in recent memory. Nomura takes you down memory lane, documenting the bearish impulse in US rates from increased investment grade issuance in September.

In ’19, September was the largest month for IG issuance. (10yr notes sold off 40 bps in first two weeks in Sep, and finished the month 16bps cheaper. The extreme repo blow-out during this period was also a big part of the move)

In ’18, Sep was 2nd largest month for IG issuance. (10yr notes sold off 14 bps in first two weeks in Sep, and finished the month 20bps cheaper)

In ’17, Sep was 4th largest month for IG issuance. (10yr notes sold off 6 bps in first two weeks in Sep, and finished the month 22bps cheaper)

In ’16, Sep was 3rd largest month for IG issuance. (10yr notes sold off 11 bps in first two weeks in Sep, and finished the month 2.5bps cheaper) 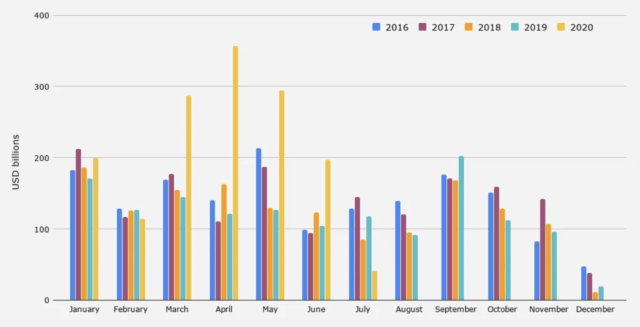 Obviously, the high-grade corporate supply picture in 2020 is distorted by the massive issuance seen during the first half, when companies took advantage of the Fed’s implicit guarantee to tap a suddenly wide-open primary market, so you have to make allowances for that when you eyeball the figure.

It’s that supply impulse as well as negative seasonality for TY in September (tied to that same IG issuance tsunami) that makes it a good candidate for a selloff in the US rates space.

And don’t forget, a shift in the mix from Treasury against the new “set” QE schedule from the Fed, likely means Jerome Powell won’t be out-running Steve Mnuchin (so to speak).

That too is a potential catalyst for a selloff at the long-end and, with short rates pinned, a prospective steepener, all else equal.

Taking all of this into account, a bearish UST / Rates expression sets up best into the anticipated August rally peak, potentially playing then for a tactical September UST reversal lower / curve bear-steepening / higher rate vol. trade.

Let’s be generous for a second and assume this reversal of fortune in bonds materializes. A rise in nominal and real yields could trigger counter-moves across the entire asset spectrum, hence the “ultimate pain trade”. Gold’s recent vertical leap higher would likely reverse as real yields higher usually means gold lower. The crowded legacy “Growth factor over Value factor” positioning would surely unwind as well, particularly into any bear-steepening which sees “Value” benefit to the pain of “Momentum”.

3 Reasons To Speculate And Get Rewarded On STORE Capital