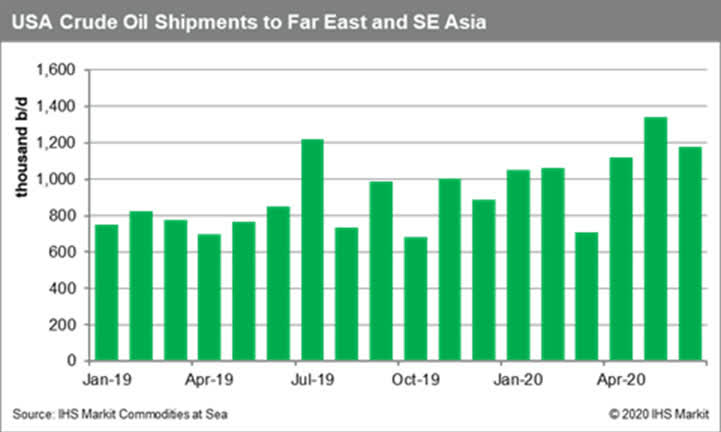 The United States is expected to play a significant role in the recovery of oil prices over the coming months, with their crude oil output falling while demand is rising. This could support the global oil industry and could potentially drive the surplus of 2020 Q2 into deficit. The impact could reach nearly nine million b/d by year-end. Meanwhile, China increased its crude oil inventories by 440 million barrels in the first six months of 2020 and has returned in a big way as a key outlet for US crude exports.

Most recent data by IHS Markit Commodities at Sea suggests that US crude oil shipped in 2020 Q2 and heading for Far East and Asia surpassed 1.2 million b/d on average. The increase has been heavily supported by flows to mainland China from almost zero in the first quarter. 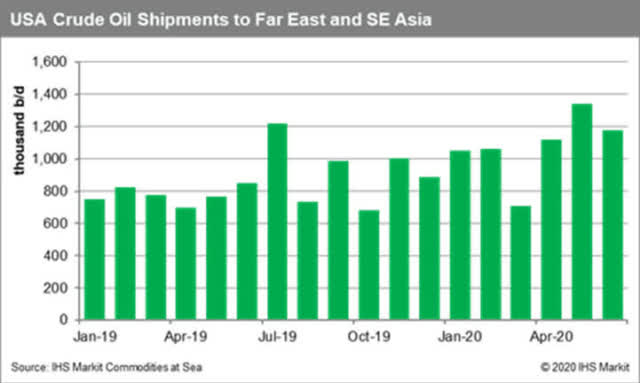 Chinese buyers have been motivated by discounted US crude and the need to replace Middle Eastern and Russian barrels in parallel to the OPEC+ cuts. The current risk is related to the rapid rate at which China has been building its domestic inventories and the scenario of a second big wave of COVID-19 which could translate into unsustainable demand. Apart from China, South Korea has been the major trade partner of the US in 2020 Q1, with a sharp decline in May and a noticeable recovery in June. USA exports now seem to be focusing on two major routes, with flows to Asia dominating in terms of volumes, while trade with Europe has potential. 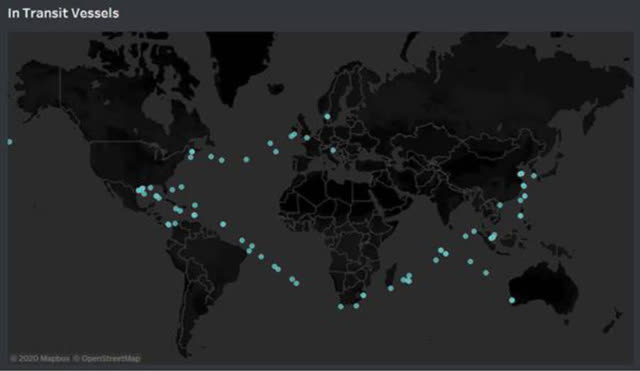 Meanwhile, crude oil flows from the USA to European destinations could prove rather important in 2020 Q3, as several oil refiners across the continent have been recently avoiding Russia’s crude grade Urals. Russian barrels are more expensive than Brent crude at the moment, driven by Russia’s drastic production cuts as part of the OPEC+ agreement. The price of Urals increased to a premium on dated Brent prices in June with expectations for this trend to last in July, as Russia plans to proceed with deep cut exports from its Baltic ports.

Urals export are expected to stand close to 880,000 b/d in early July based on loading programs. Volumes exported from Russia could fall to record low levels. With the price of Urals rising, European refiners are now understood to be considering alternative options including a shift to West Texas Intermediate from the United States. This could stop the trend observed last quarter, during which flows from the USA to Europe declined and fell below 500,000 b/d, according to IHS Markit Commodities at Sea. 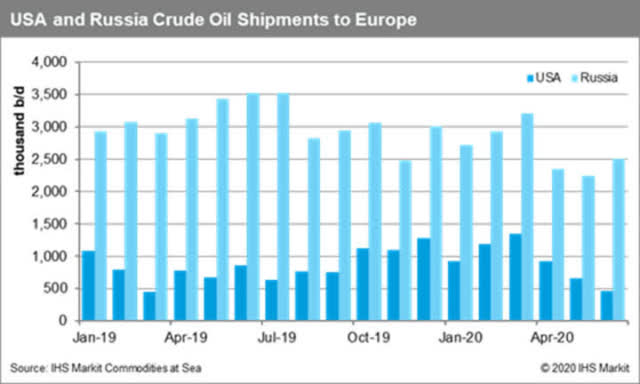